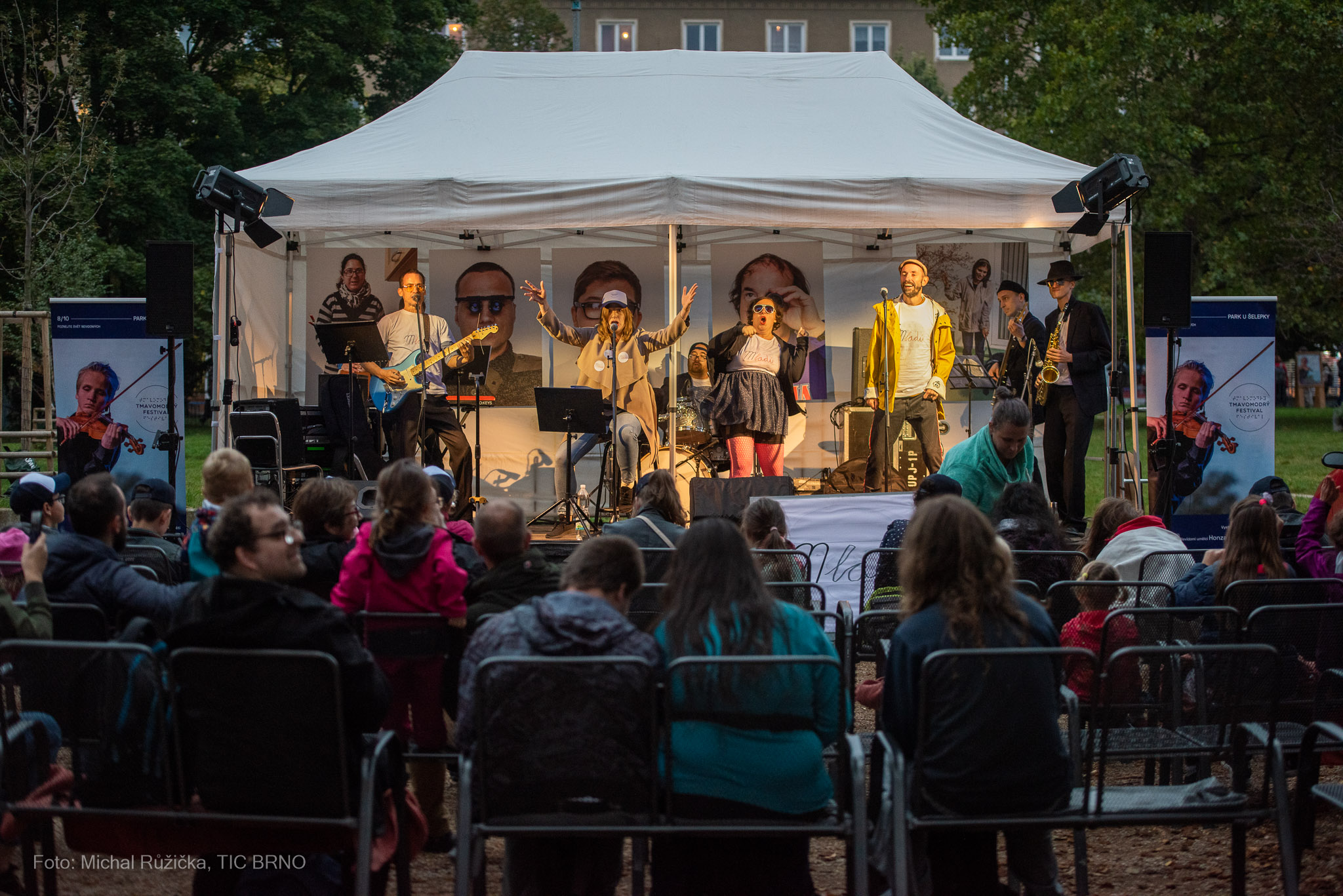 Since 1989, the Dark Blue Festival has broken down the invisible barrier to the world of the blind and visually impaired. The 32nd edition of the festival will take place this year from 12-14 May. The special guests of the public day on Friday 13 May will be singer Lenka Dusilová and singer-songwriter Mário Bihári. Photo credit: Michal Růžička, TIC Brno

Brno, May 10 (BD) – The festival was founded in 1989 by Zdenka Kafková, an ophthalmologist from Brno, and was supported from the beginning by TIC Brno, which eventually took over the organization of the festival. The public day will take place on Friday 13 May in the National Resistance Gardens near the Šelepka restaurant. In case of bad weather, the event will relocate to the restaurant.

“The Dark Blue Festival has two levels,” said Markéta Vaňková (ODS), Mayor of Brno, who is a patron of the festival. “First is the meeting of youth and children with visual impairments. It is a safe space where they can learn, share their experiences and get to know each other. The event brings together people dealing with similar life situations and deepens their friendships. But it is also a unique opportunity for the wider public to get into their “dark blue” world.”

“This year, you can expect an extensive musical program and a wide selection of performances by visually impaired artists,” said Jana Janulíková, director of TIC Brno. “The highlight will be a joint concert by visually impaired children, which will also feature singer Lenka Dusilová and Mário Bihári, a Slovak singer and multi-instrumentalist.” A rich tailor-made program is prepared for the festival participants over three days, including theatre and music workshops, a concert by the group Utebe and songs from pianist Zdeněk Kral.

Friday’s public show will take place in the park of the National Resistance near the Šelepka restaurant. Photo credit: Michal Růžička

https://brnodaily.com/2022/05/10/events-in-brno/singer-lenka-dusilova-heads-line-up-for-32nd-dark-blue-festival-beginning-on-may-12th/https://brnodaily.com/wp-content/uploads/2022/05/DSC_6830-MRu-1024x684.jpghttps://brnodaily.com/wp-content/uploads/2022/05/DSC_6830-MRu-150x100.jpg2022-05-10T14:16:44+02:00Julie ChretienBrnoEvents in BrnoBrno,Events in Brno,Festival,NewsSince 1989, the Dark Blue Festival has broken down the invisible barrier to the world of the blind and visually impaired. The 32nd edition of the festival will take place this year from 12-14 May. The special guests of the public day on Friday 13 May will be singer...Julie Chretien julie.chretien29@gmail.comAuthorA 21 year-old French student currently doing a Master's degree in management and communication in Lyon, France. Always thrilled to learn about new cultures and languages, and also, big fan of foods. Loves cats and karaoke night with friends.Brno Daily