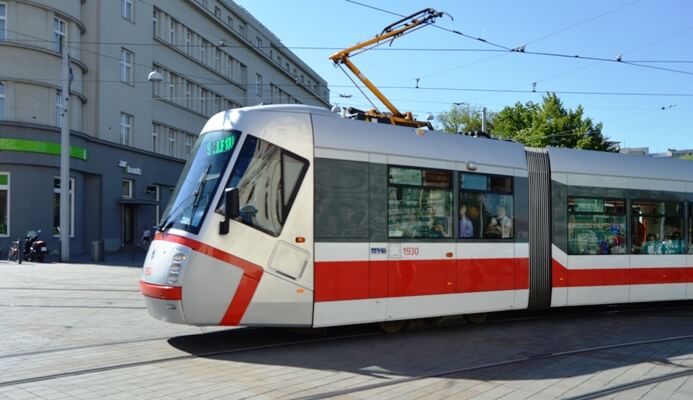 According to the survey conducted for the government by the Focus agency, around one in three women in the Czech Republic has experienced sexual harassment while traveling by public transport. One in ten men responding to the survey had the same experience. Photo Credit: KK _ BD / Illustrative Photo.

Czech Rep., Aug 27 (BD) –  According to a survey conducted for the government by the Focus agency, 35% of women and 10% of men in the Czech Republic have been victims of sexual harassment on public transport. A quarter of all those surveyed knew someone who had experienced harassment, and the same proportion had witnessed harassment while traveling. The survey was conducted with 1,009 people over the age of 15 from all over the country in April and May.

“From other cross-EU studies, we can see that overall sexual harassment occurs relatively often in the Czech Republic, we are slightly above average,” said Radan Šafařík, head of the Government Office for Gender Equality. “Along with other Eastern European countries, we have a gap in that a large part of the public is still unaware of the seriousness of the problem, and downplays it. Part of the public still finds it acceptable, especially some milder forms of sexual harassment.”

According to the survey, a third of those who witnessed such behaviour did not intervene in any way. According to Válková, fellow passengers do not know how to react. Válková and Šafařík agreed that it is necessary to improve education and prevention, including in schools. They hope to use the data collected from this and other surveys to formulate new policies to help reduce sexual harassment and improve safety for public transport users.

According to the respondents, measures which could help improve the situation include buttons to call for help, more frequent checks from police officers during journeys, or training of drivers to be able to recognize harassment and intervene. In the coming years, approximately CZK 20 million from Norwegian funds will go to projects to improve safety on transport, and support will also come from EU subsidies, said Šafařík.

Facebook Comments
https://brnodaily.com/2021/08/27/news/one-in-three-women-and-one-in-ten-men-have-experienced-sexual-harassment-on-public-transport/https://brnodaily.com/wp-content/uploads/2017/05/tram-network-in-brno-tickets-and-all-you-need-to-know.jpghttps://brnodaily.com/wp-content/uploads/2017/05/tram-network-in-brno-tickets-and-all-you-need-to-know-150x87.jpg2021-08-27T13:06:54+02:00Basak YirmibesogluCzech Republic / WorldCrime,Czech Republic,News,SurveyAccording to the survey conducted for the government by the Focus agency, around one in three women in the Czech Republic has experienced sexual harassment while traveling by public transport. One in ten men responding to the survey had the same experience. Photo Credit: KK _ BD / Illustrative Photo....Basak YirmibesogluBaşak Yirmibeşoğlubasakkyirmibesoglu@gmail.comAuthorA Communication & Design student and feminist activist from Turkey. Passionate about journalism and love to write about politics, art & culture. Brno Daily

A Communication & Design student and feminist activist from Turkey. Passionate about journalism and love to write about politics, art & culture.
View all posts by Basak Yirmibesoglu →
« Government To Provide CZK 7.5 Billion To Sports For The Year 2022
Three New Areas In Královo Pole To Be Added To Residential Parking System »