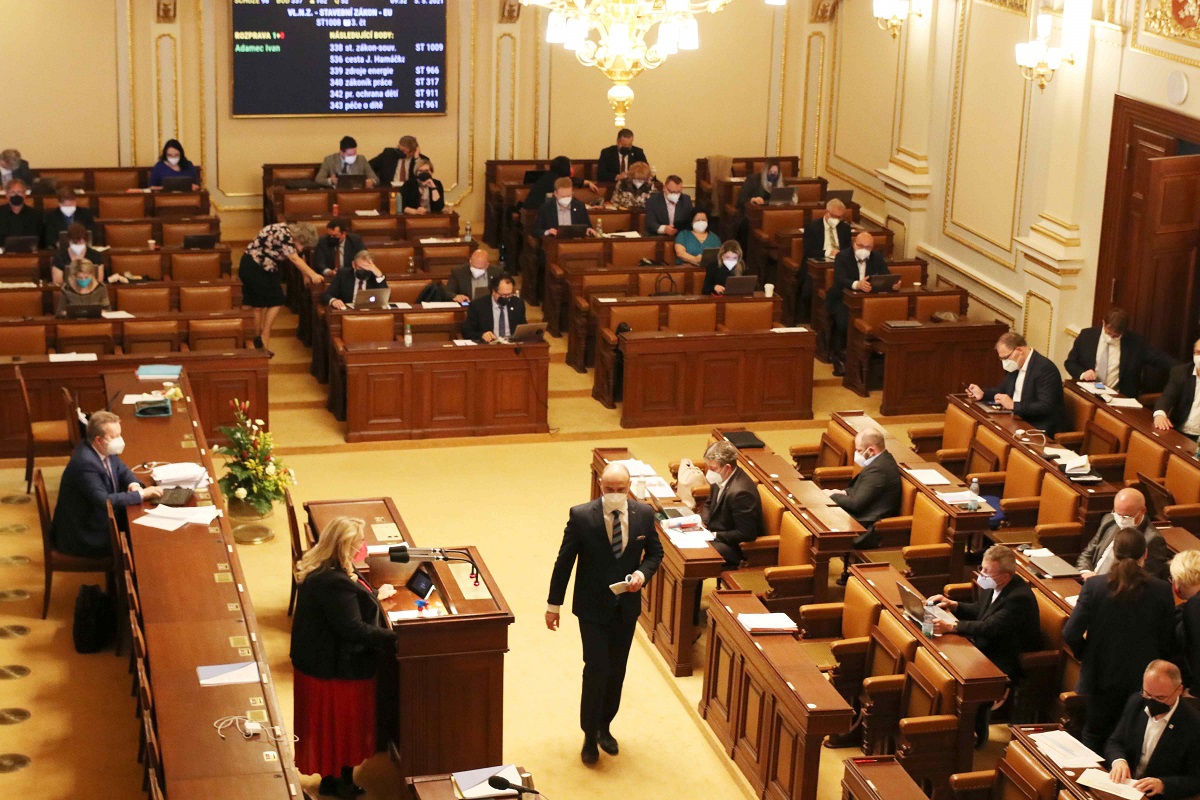 Czech MP Dominik Feri (TOP 09) has resigned following accusations by several women of inappropriate sexual behavior. He will also not participate in the October parliamentary elections. Feri had previously denied allegations of sexual violence. He will contest the accusations in court. Photo Credit: Psp.cz / Illustrative Photo.

Czech Rep., May 26 (BD) – Yesterday, TOP 09 MP Dominik Feri announced his resignation from parliament following accusations of inappropriate sexual behavior. He will also no longer participate in the October parliamentary elections, in which he was due to be placed fourth on the list in Prague for the SPOLU coalition.

Many women have shared accounts of Feri’s inappropriate behavior. Some claim that he had sex with them, even though they explicitly refused. Others said that he tried to obtain their intimate photos or publicly shame them. These accounts were obtained and verified via a joint investigation by Deník N and Alarm. In response, Feri denied committing sexual violence but apologized for “inappropriate” behavior.

“I have always wanted a different politics, based on personal responsibility. Now I want to lead by example. I am resigning as a Member of Parliament and I will not be participating in the autumn elections. I do not want false and manipulative articles in the media to harm my immediate surroundings or my colleagues. I will defend myself against them in court. It was an extraordinary honor for me to serve and be your deputy”, he said in a statement.

Stories of Feri behaving inappropriately towards women have circulated periodically among students or journalists for years, but reports have never been made public. In 2017, Feri endorsed the MeToo campaign, which calls for respect for women and education in the field of sexual violence.

“The good news is that not all politicians are indifferent to this topic. Our activities aimed at raising awareness about sexual violence were supported by Ivan Bartoš from Pirates and Dominik Feri from TOP 09 among those elected in this year’s parliamentary elections,” said activist Johanna Nejedlová, co-founder of Konsent, at the time.

The most recent scandal, which has had the biggest impact, was caused by a tweet asking: “Why aren’t the cases of girls being abused by Feri appearing in the media?”, which triggered an extensive discussion on the social network. The editors of Alarm and Deník N contacted the author of the tweet and she replied under a real and verified identity. Other accounts collected accuse Feri not only of sexual coercion but also rape.

“He took the bedside table and blocked the door with it so I couldn’t leave the room. I repeated that I did not want to have sex with him, and asked him to stop under duress and physical conquest. He snapped at me to shut up and not say nothing else, and then he threw himself at me and had sex with me despite repeated dissent,” said one of the victims.

The police have thus already begun dealing with the case, and in the following days it will be decided which part of the police will conduct the investigation and what steps will be taken, according to Kateřina Rendlová, spokeswoman for the police presidium.

TOP 09 leader Markéta Pekarová Adamová wrote on Twitter that although she considers Feri a friend, she appreciates his decision to resign and not run in the forthcoming elections. Former TOP 09 leader Miroslav Kalousek responded in a similar spirit.

“Dominik Feri is a politician of TOP 09. That is a political party with clearly anchored principles. A clear and unavoidable acceptance of responsibility. Thank you for this attitude and I wish you good luck,” wrote Kalousek on Twitter.

KDU-ČSL leader Marian Jurečka also said he appreciated that Feri wanted to clear his name first. The party, together with TOP 09 and ODS, is running in the autumn parliamentary elections as part of the SPOLU coalition.

“I appreciate Dominika Feri’s move today, which gives him room to address the allegations made against him. Let the investigation prove where the truth lies,” said Jurečka.

“I don’t know if Dominik Feri broke the law and raped someone,” wrote Kulhánek. “But even from his reactions, it is clear that he repeatedly treated women quite disgustingly. I have a little daughter and I hope that when she grows up, she will not meet anyone like him at a party. And they won’t even see him on TV as a politician.”