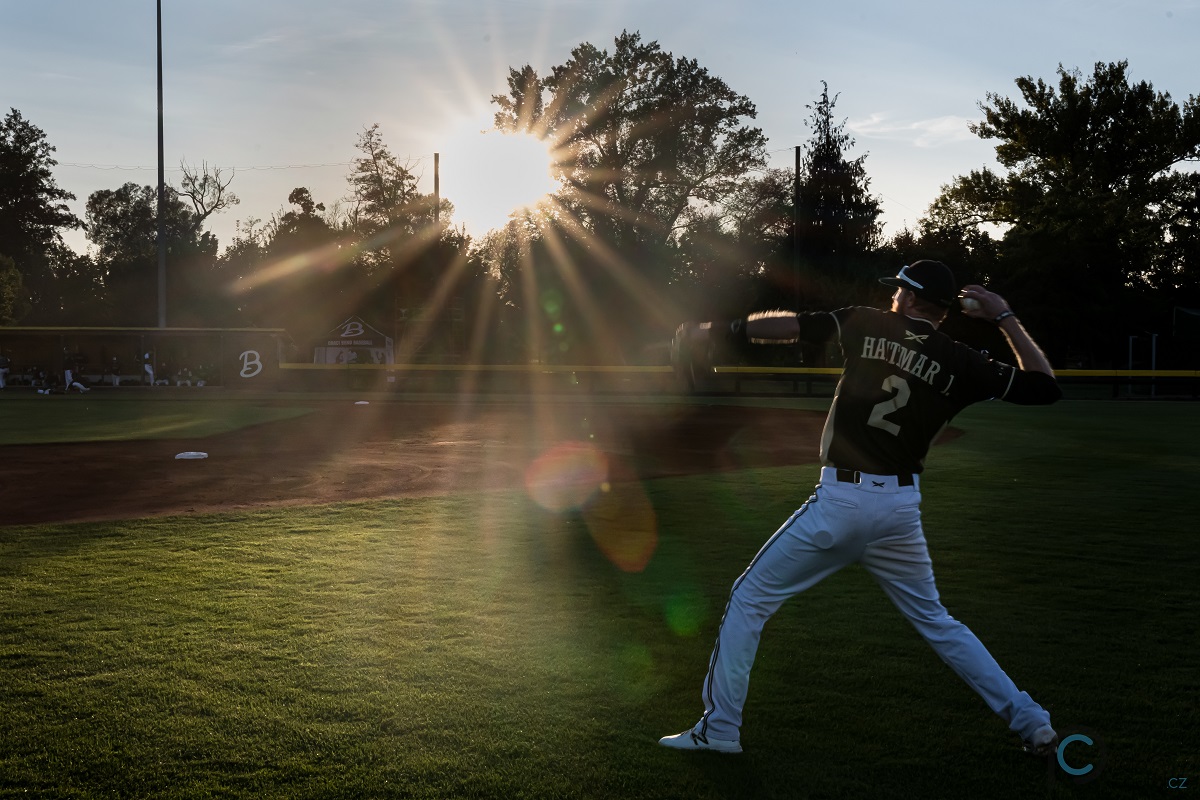 Brno, Apr 7 (BD) — Zbrojovka gets point but fails to capitalize on red card; Lokomotiva women to open renovated field on April 17; Brno women’s basketball teams play each other for third place; and Basket Brno wins first of three home games in Group A1.

There are few things that say “Spring” (and “the end of winter”) better than baseball.

This Friday, America’s Pastime — which has a strong foothold in the Czech Republic and, especially Brno — will begin the season a week later than originally planned and with special approval from the Ministry of Health.

Brno has two teams that play on opposite sides of the city with about nine kilometers of the Svratka River between their two stadiums. Brno Draci are the longtime league champions. They are also the defending champions. Cardion Hroši Brno have slowly been gaining reputation and momentum.

Unlike last year, when restrictions against the coronavirus precluded foreign players, Czech teams will be reinforced with talent from abroad. Also new is the fact that each weekend will keep the same teams together for a three-game series.

No fans can be in the stands for the beginning of the season; hopefully restrictions will be eased as the season continues. Teams plan to provide video streams and graphic representations of the games will be available.

Draci Brno start at home against Blesk Jablonec at 7 p.m. on Friday and at 1 p.m. on Saturday.

They travel to Jablonec on Sunday for a 1 p.m. game.

Cardion Hroši Brno will play at Olympia Blansko at 7 p.m. on Friday, and follow up with another game on Saturday at 1 p.m. They return to Brno to play Blansko at home at 1 p.m.

The 10-team first part of the extraliga season continues into June. Then the teams are rearranged according to the standings as part of the seeding for the postseason in the fall.

The good news is that FC Zbrojovka got a point in the standings when they held top-team Slavia Praha to a scoreless tie on Sunday. The bad news is that they had a man advantage for more than 70 minutes after the Slavia goalkeeper was called for a red card — and, even still, they were unable to score a goal and get the full three points that they desperately need if they want to stay in the top league in the country after this season.

Slavia Praha (20-5-0, 65) is the runaway league-leader who will play at world-famous Arsenal in London tomorrow night in the first leg of the quarterfinals of the Europa League. Yet, two of the Prague team’s ties were to Zbrojovka this season.

FK Teplice and FK Mladá Boleslav are the teams to catch if Brno is to stave off a return to the lower league, where cross-town rival SK Líšeň 2019 tops the standings along with FC Hradec Králové and is in a good position to move into the top league. Actually, SK Líšeň 2019 just beat FC Vysočina Jihlava, 2-0, on Monday.

Should the Brno teams switch leagues, it would be a major embarrassment for the long-time dominant club, FC Zbrojovka, which has signed an agreement to allow SK Líšeň 2019 the use of its facilities and stadium. Unfortunately, Brno has simply been unable to make a move up the standings to protect its position. Best case scenario: both teams stay in the top league.

Now the two Brno teams will finish the season with a local battle to determine the third-place team for this coronavirus 2020-21 season.

Basket Brno improved its Group A1 record to 2-5 when it beat BC Geosan Kolín last Saturday, 84-77.

Javion Blake led the way with 22 points. Simon Puršl had 14 points and 10 rebounds.

A connoisseur of the unpredictable and unscripted drama of sports.
View all posts by Bruno Zalubil →
« Closures To Increase Brno-Prague Rail Journey Times By 30 Minutes From Today
Collection Of Biodegradable Waste In Brno To Start Monday »