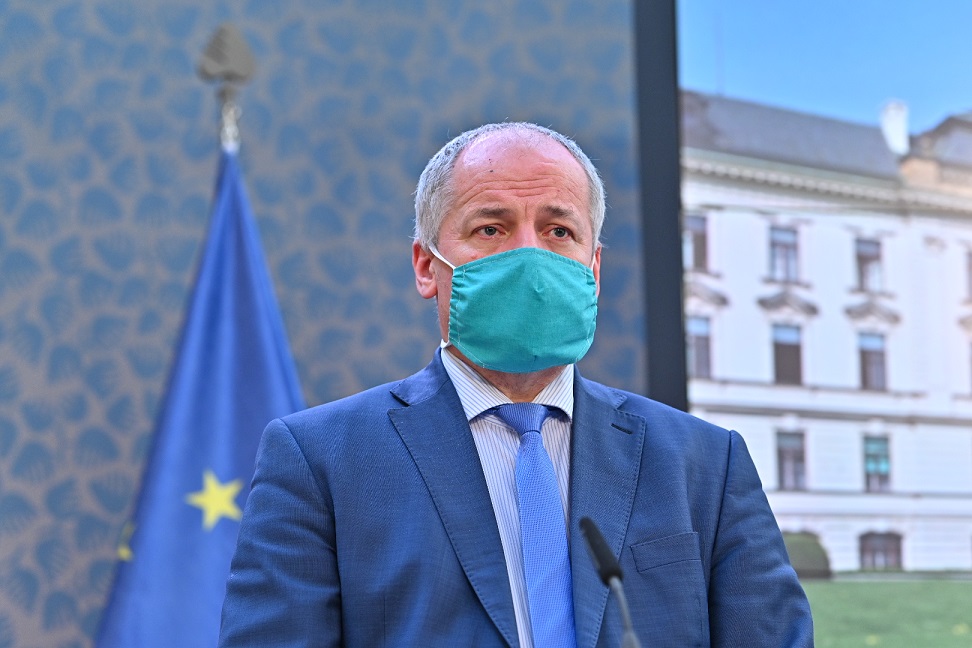 Czech Rep., Feb 19 (BD) – Prime Ministerial adviser Roman Prymula, the former Health Minister and a vocal supporter of stricter pandemic measures, attended the European League football match between Slavia Prague and Leicester City on Thursday evening. Prime Minister Andrej Babiš took immediate action in response, and announced his dismissal on Facebook, writing that: “Mr. Prymula is a great expert on epidemics, but he lacks social intelligence. This is again simply wrong, towards football fans who can’t go to the stadium, as well as the people we want to be at home now. We have agreed to end our cooperation, because it is untenable.” Only a few hours before the match in Prague, Prymula expressed his support for a harsher lockdown in the Czech Republic. Current Health Minister Jan Blatný also told reporters that Prymula had done wrong. “It is always wrong to set a bad example, and it’s a pity if we all notice the bad example,” he added.

Prymula suggested that everyone at the match had taken a COVID test beforehand, saying: “Yes, I was at a legal football match with spectators, with a two-hour-old negative test and a respirator. I note that I have not had any holidays this year, let alone foreign ones. It seems that I can only stay at home,” he added. He later told CNN Prima that due to having no political role, he would no longer comment on the pandemic situation. Prymula was dismissed as Minister of Health for a similar reason as he was photographed leaving a restaurant late in the evening on October 23rd, 2020, despite restaurants being closed at the time as a part of COVID-19 measures.

Football matches are currently only permitted without spectators, as the highest level 5 of the anti-epidemic system (PES) is still in place in the Czech Republic. The chairman of the board of SK Slavia Prague, Jaroslav Tvrdík, later apologized for inviting Prymula and others to accompany him in the VIP section. Other attendees included the castle chancellor Vratislav Mynář and his wife, Czech Television director Petr Dvořák, tennis player Petra Kvitová, and deputy chairman Alexandr Vondra. Tvrdík said: “The invitation of the VIP guests to yesterday’s match was, with the intention that we as the leading Czech club should be a role model and a positive symbol, and all of our fans cannot come to matches, a moral failure. We apologise.”

https://brnodaily.com/2021/02/19/news/roman-prymula-fired-by-pm-babis-after-attending-football-match/https://brnodaily.com/wp-content/uploads/2020/04/prymula.credit.vlada_.cz_.jpghttps://brnodaily.com/wp-content/uploads/2020/04/prymula.credit.vlada_.cz_-150x100.jpg2021-02-19T14:01:31+01:00Melis KarabulutCzech Republic / WorldCoronavirus,Czech Republic,PoliticsAfter attending a European League football match in Prague on Thursday evening, former Health Minister Roman Prymula was fired from his role as an adviser to Prime Minister Andrej Babiš. Babiš was quick to react, stating that: 'Prymula lacks social intelligence.' Photo Credit: Vlada.cz.Czech Rep., Feb 19 (BD) -...Melis KarabulutMelis Karabulutmeliskarabulut97@gmail.comAuthorA journalist from Turkey; an enthusiast of investigative stories on migration and politics in the Czech Republic. Writes about the journeys of inspirational expats living in Brno; and the bits of life that spark inspiration.Brno Daily

A journalist from Turkey; an enthusiast of investigative stories on migration and politics in the Czech Republic. Writes about the journeys of inspirational expats living in Brno; and the bits of life that spark inspiration.
View all posts by Melis Karabulut →
« Respirators Required From Monday, But Shops Stay Closed
Br(u)no: When the Pot Boils Over »