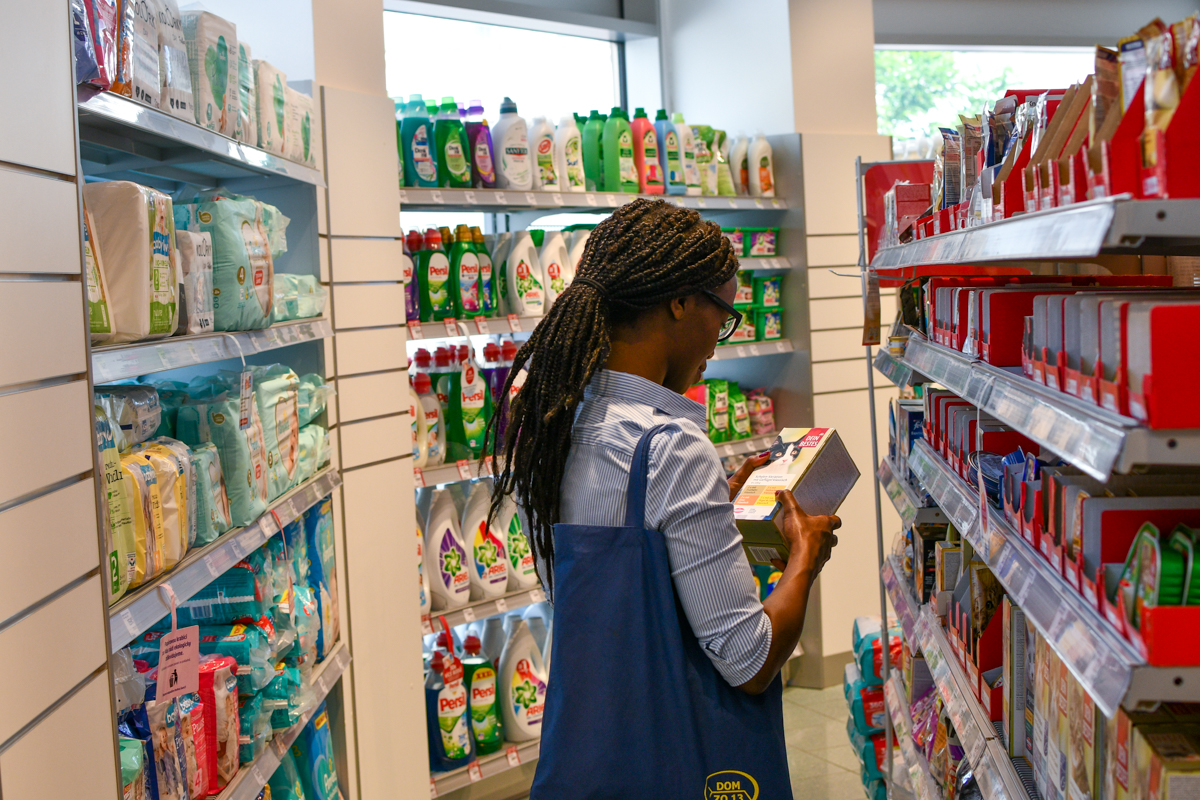 Czech stores over 400 square meters will need to stock at least 55% of certain foodstuffs produced in the Czech Republic, beginning from 2022. The aim is to improve the self-sufficiency of the nation, improving its economy and production. Many have expressed opposition to the decision. Photo credit: TMA / BD.

Czech Rep., Jan 21 (BD) – The Czech Parliament has approved the long-discussed requirement to sell more local food in supermarkets. Beginning from 2022, food stores over 400 square meters will have a mandatory minimum quota of at least 55% of foodstuffs produced in the Czech Republic. The aim is to improve the self-sufficiency of the nation, its economy, and support production. Each year until 2028, this quota will increase by three percent, when 78 percent of products on shelves must be Czech produced.

The mandatory quota will not apply to shops smaller than 400 square meters. The quotas should affect about 130 foods whose raw materials can be produced in the Czech Republic. These include peas and lentils, beef, pork, margarines, broths, bread, herbal teas, sweet biscuits, some fruits, nuts and flour.

There are opposing views from society and politicians on the mandatory quotas. Traders and some farmers claim that efforts to promote Czech products and food self-sufficiency may come with negative effects for the customers. Idnes.cz writes that the range of choice will be lower, and prices are expected to be higher.

While large-scale farmers and producers agree with the government’s decision, the chairman of the Association of Private Agriculture, Jaroslav Šebek, states that this decision is against European Union law. “We are in a common market. As the Czech Republic is dependent on exports, then it is a catastrophic solution,” said Šebek. According to some EU countries, this would be discrimination against foreign products, which is unacceptable in the EU single market, writes Denik.

Small-scale farmers do not have the capacity to provide food for large retail chains around the country. According to Šebek, the law will therefore not help them significantly, on the contrary, it will endanger Czech exports. “It will only increase the possibility of other countries adopting similar measures,” he warned.

The rector of Brno’s Mendel University also stated her opposition on Twitter, saying: “Those who voted in favor of this decision voted against the interests of the citizens of this town. Food prices will rise, the quality of the food will decrease and the fundamental freedom of the citizens to choose will be restricted. This is a return to pre-1989.”

https://brnodaily.com/2021/01/21/news/business/parliament-approves-mandatory-minimum-quotas-for-czech-food-in-shops/https://brnodaily.com/wp-content/uploads/2020/07/grocery-store-credit-TMA-BD-2-1024x683.jpghttps://brnodaily.com/wp-content/uploads/2020/07/grocery-store-credit-TMA-BD-2-150x100.jpg2021-01-21T17:25:16+01:00Melis KarabulutBusinessCzech Republic / WorldPoliticsBusiness,Czech Republic,Economy,Food,PoliticsCzech stores over 400 square meters will need to stock at least 55% of certain foodstuffs produced in the Czech Republic, beginning from 2022. The aim is to improve the self-sufficiency of the nation, improving its economy and production. Many have expressed opposition to the decision. Photo credit: TMA /...Melis KarabulutMelis Karabulutmeliskarabulut97@gmail.comAuthorA journalist from Turkey; an enthusiast of investigative stories on migration and politics in the Czech Republic. Writes about the journeys of inspirational expats living in Brno; and the bits of life that spark inspiration.Brno Daily

A journalist from Turkey; an enthusiast of investigative stories on migration and politics in the Czech Republic. Writes about the journeys of inspirational expats living in Brno; and the bits of life that spark inspiration.
View all posts by Melis Karabulut →
« New Entrances To Improve Access To Historic Reservoirs under Žlutý Kopec
State of Emergency Extended To February 14th; Debate Marred By Fight In Chamber »