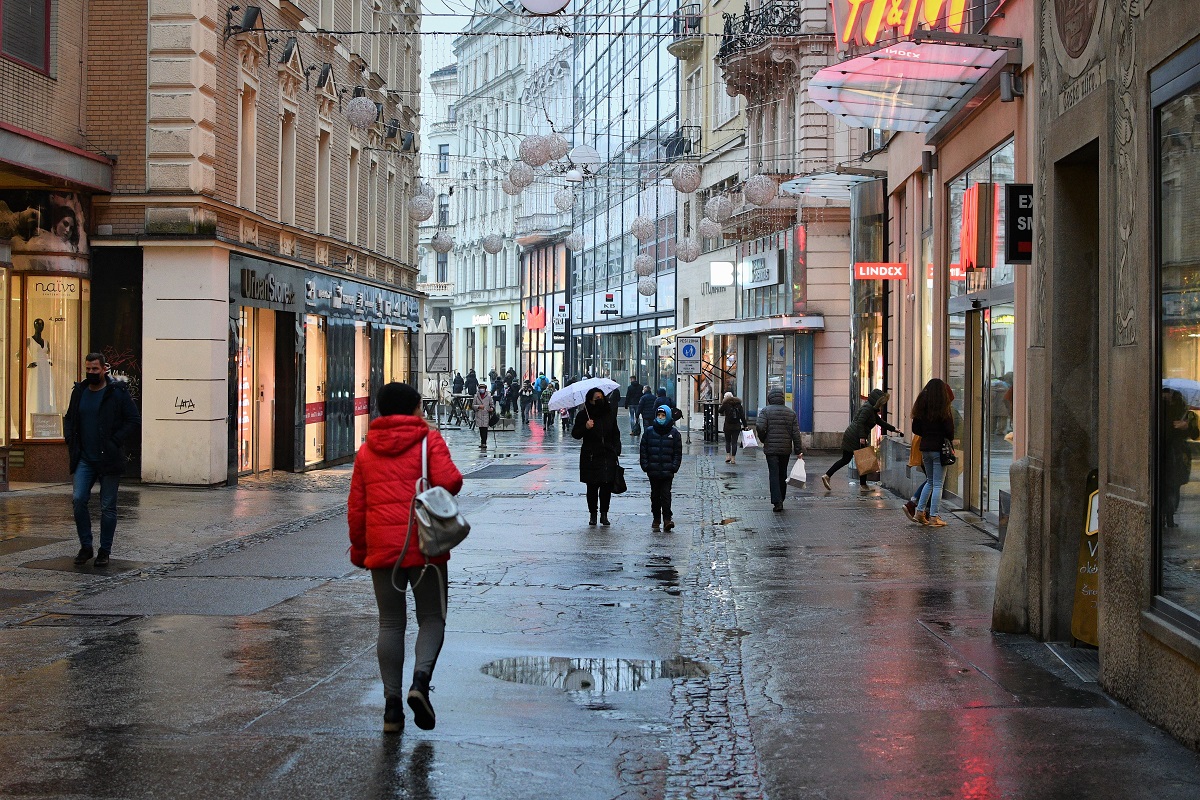 Most shops and services will close as part of the tightening of the measures, and the night curfew will apply from 9pm. Most school children will return to online learning until at least January 10th. The move to Level Five is necessary due to the deteriorating epidemiological situation. Photo credit: KB / BD.

Czech Rep., Dec 23 (BD) – The Czech Republic will return to the fifth, most serious level of the PES anti-epidemic system on Sunday, December 27th. This will see most shops and services close, a night curfew applied from 9pm, and most pupils returning to online tuition. The decision was taken at a government meeting on Wednesday morning.

“The main reason is that the numbers showing the spread of the disease are continuing to grow. These are almost 11,000 newly diagnosed daily,” said Health Minister Jan Blatný (for ANO). There are currently around 4,500 patients in hospital with Covid-19. Without further restrictions, the government predicts over 15,000 new confirmed cases daily and over 7,000 patients in hospital by the end of the year.

Gatherings of people from different households are now limited to two people, from the current six. This also applies to outdoor sports. The night curfew will apply from 9pm, including on New Year’s Eve. Blatný appealed to citizens “to spend New Year’s Eve in a family circle.”

Restaurants remain closed, but will be allowed to serve customers via dispensing windows until 9pm, when the curfew comes into force. Ski resorts will also close from December 27th.

After New Year, only children from the first two grades of primary school will return to school. Kindergartens and special needs schools will also reopen. All other pupils will return to online tuition, until at least January 10th.

https://brnodaily.com/2020/12/23/news/politics/czech-republic-to-return-to-level-five-measures-from-december-27th/https://brnodaily.com/wp-content/uploads/2020/12/streets-brno-people-masks-shops-credit-KB-BD-1024x683.jpghttps://brnodaily.com/wp-content/uploads/2020/12/streets-brno-people-masks-shops-credit-KB-BD-150x100.jpg2020-12-23T14:16:00+01:00Jack StephensCzech Republic / WorldPoliticsCoronavirus,Czech Republic,Health,News,PoliticsMost shops and services will close as part of the tightening of the measures, and the night curfew will apply from 9pm. Most school children will return to online learning until at least January 10th. The move to Level Five is necessary due to the deteriorating epidemiological situation. Photo...Jack Stephens jack.stephens50@gmail.comAuthorA writer and English teacher originally from London who has lived in Brno since 2011, interested in politics, low culture, and all things strange and/or Czech.Brno Daily

A writer and English teacher originally from London who has lived in Brno since 2011, interested in politics, low culture, and all things strange and/or Czech.
View all posts by Jack Stephens →
« CzechTourism Launches Foreign Ad Campaign For 2021
Antigen Testing Capacity Increasing in South Moravian Region »