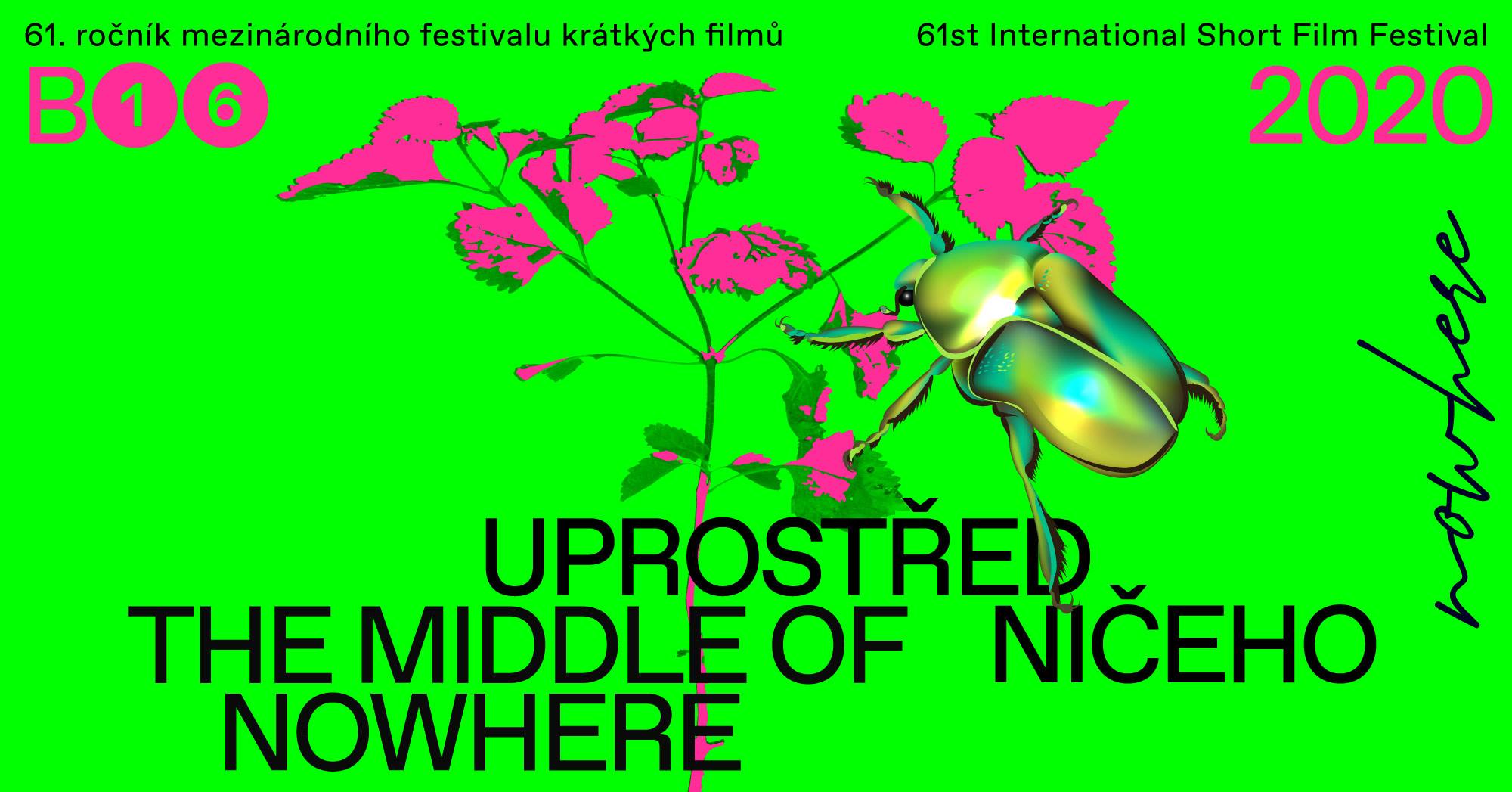 Announcement [Oct 9 11:35]: Due to the new measures, the BRNO16 festival is postponed until December 2020. The festival passes for the winners of this competition will be valid for the new festival dates.

Just as no amount of chocolate is too much, so it is with short films: you watch one, then another – and then suddenly you’ve had the whole box. But there’s no limit to the satisfaction short films offer. Come and see for yourself! Title image: B16.

Brno, Oct 4 (BD) – October 14th-17th promise to be thrilling days for cinema lovers, as Brno hosts the 61st edition of the Brno16 International Film Festival. Founded in 1960, Brno16 is the oldest short film festival in the country.

Short films are always in the shadow of longer feature films, generally receiving a lot less attention. For this reason, Brno 16 was founded with the intention of promoting short films.

This year’s festival, themed “The Middle of Nowhere”, will feature both short films and Brno itself. Alongside a rich program of films, visitors can look forward to a debate on the distribution of short films, and an accompanying game program. The theme of the festival serves as a reminder that even in the middle of nowhere, there are pearls to be found in the form of magnificent short films.

More than 1000 films entered the festival’s selection contest, from which several dozen of the best have been selected. This selection will be presented to the audience in the main international competition, and also in the second year of the Czechoslovak 16 competition.

“Selected films will compete for the love of the audience and the respect of several international juries,” said festival director Milan Šimánek. “Prizes are awarded by a main five-member jury as well as a student jury. There is also an audience award whose winner will be elected at the festival, he added.

For now, Brno16 is set to go ahead as planned, observing the Czech Ministry of Health’s regulations on coronavirus. The event will take place at Kino Art on Cihlářská, No Art on Radnická, and Alliance Française on the Moravian Square. More details of the festival can be found on the Brno16 website.

Brno Daily is a media partner of Brno16.

https://brnodaily.com/2020/10/04/culture/the-61st-brno16-international-short-film-festival/https://brnodaily.com/wp-content/uploads/2020/10/b16-fb-1024x536.jpghttps://brnodaily.com/wp-content/uploads/2020/10/b16-fb-150x79.jpg2020-10-04T11:40:29+02:00Veronica UgwuArt & CultureBrno,CultureAnnouncement : Due to the new measures, the BRNO16 festival is postponed until December 2020. The festival passes for the winners of this competition will be valid for the new festival dates.Just as no amount of chocolate is too much, so it is with short films: you watch one,...Veronica Ugwu ebereezeamigi@yahoo.comAuthorI'm a writer and journalist who enjoys doing things with words. My interests range from food and fashion, to tech, travels, the economy and sometimes politics.Brno Daily

I'm a writer and journalist who enjoys doing things with words. My interests range from food and fashion, to tech, travels, the economy and sometimes politics.
View all posts by Veronica Ugwu →
« Czech AnecJoetal: How I Didn’t Learn Czech
eHealth: A Digital Health System For South Moravia »