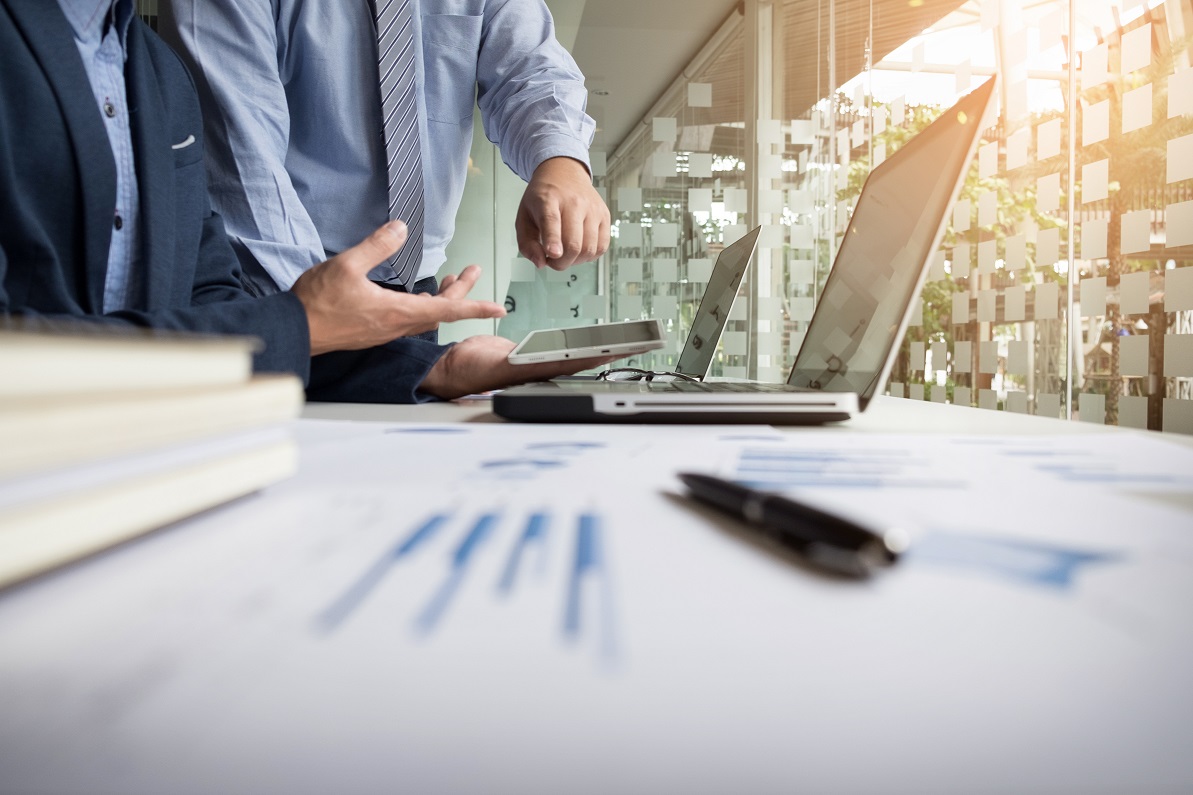 A survey of 13 top economic institutions conducted by the Ministry of Finance shows the economy is expected to rebound next year with a growth forecast for 2021 of 5.8%. This year they are predicting a drop of 7.6% showing that the economy will take several years to return to its pre-Covid19 level. Title photo: Stock image / Freepik.

Brno / Czech Rep., May 18 (BD) – These figures are the average from the responses, which showed wide variation. The most pessimistic figure showed a decline in GDP of 11% this year followed by a modest 3.1% recovery next year. On the other hand the most optimistic forecast was -5.6 this year and +9.7 next year. This highlights both the scale of the impact of COVID-19 on the economy and the difficulty in predicting economic performance. The fall in GDP is explained by a collapse in domestic demand and exports, with the only growth being in government consumption. The improvement next year is based on the expectation of a recovery in demand both domestic and overseas. However, it may be the more pessimistic estimates will be proved right as recent figures are beginning to reveal the effect of the crisis. The preliminary first quarter figures for GDP, which only reflect just over  2 weeks of the crisis show a drop year-on-year of 2.2% and the industrial production figures for March fell 10.8%.

In addition to the ministry’s  own figures the survey includes forecasts provided by, the Trade and industry Ministry,  Labour and Social Affairs Ministry, Czech National Bank, Akcenta CZ, Deloitte Czech Republic, Generali Investments CEE, Institute of Economic Studies at Charles University, the Czech Confederation of Industry, and most of the major banks. It also included the European Commission’s May forecast and the International Monetary Fund’s April forecast.

These institutions were also questioned about other macroeconomic indicators. Inflation averaged out at 2.7% for this year and 1.6%for 2021. But even here there was a wide range from 2.1 to 3.4% and 0.2 to 2.5% respectively. The low price of oil (under 50$ a barrel), which is expected to continue to the end of 2021, and low domestic demand outweigh the inflationary effect of labour cost increases and a weak currency. This year the Czech crown is expected to stay around 26.7 to the euro. Next year however the range is from 25 to 27.5 with the average at a rate of 26.2.

Although the government has taken major steps to support employment during the coronavirus crisis, employment is expected to fall by nearly 2% this year and stagnate next year. All forecasters expect unemployment to rise to about 4% and to stay at this level through 2021.The worst case is for 7% unemployment this year, but the ministry thinks government measures, the high number of pre-pandemic vacancies and the laying off of foreign workers will mitigate the worst effects in the labour market. Wage growth, however, will be severely affected  dropping to 1.6% this year against 7.1%in 2019; in 2021 wages are forecast to grow by 3.2%.

The wide range of forecasts show the uncertainty and  that this crisis is different to previous ones. The governor of the Czech National Bank, Jiří Rusnok, told CNN Prima News  “This is a special crisis that disrupts supply and demand. We have no experience with this type of crisis, so it is also strange”.  Therefore the forecasts for 2022 and 2023 are even more uncertain. The average forecast for GDP is 2.5% for 2022 and 2.3 for the year after. The employment situation is not expected to pick up quickly with unemployment remaining at or above 3%. The expectation is that the crown will strengthen to around 25 CZK/Euro.

https://brnodaily.com/2020/05/18/news/business/gdp-forecast-to-fall-11-or-3-1-this-year-it-depends-who-you-ask/https://brnodaily.com/wp-content/uploads/2019/08/employment-czech-republic-brno-daily-credit-freepik-jobspin-1024x682.jpghttps://brnodaily.com/wp-content/uploads/2019/08/employment-czech-republic-brno-daily-credit-freepik-jobspin-150x100.jpg2020-05-18T07:05:01+02:00Charles du ParcBusinessCzech Republic / WorldBusiness,Economy,NewsA survey of 13 top economic institutions conducted by the Ministry of Finance shows the economy is expected to rebound next year with a growth forecast for 2021 of 5.8%. This year they are predicting a drop of 7.6% showing that the economy will take several years to return...Charles du ParcCharles du Parcchaduparc@gmail.comAuthorCharles du Parc comes originally from London and worked there in fashion retailing for several years. Before coming to the Czech Republic in 2005, he ran his own delicatessen and café in a small town on the south coast of England. He has also served as a judge for the World Cheese Awards.Having fallen in love with Brno,he now regards it as home and works there as a freelance teacher, writer and translator.Brno Daily

Charles du Parc comes originally from London and worked there in fashion retailing for several years. Before coming to the Czech Republic in 2005, he ran his own delicatessen and café in a small town on the south coast of England. He has also served as a judge for the World Cheese Awards.Having fallen in love with Brno,he now regards it as home and works there as a freelance teacher, writer and translator.
View all posts by Charles du Parc →
« Active Brno: From Bar Team to the Real Thing
First Stage of Stará Ponávka Revitalization Project Completed »