A Question of Time: Consequences of the Coronavirus Pandemic for the Czech Music Industry

Brno, May 5 (BD) – If the current pandemic is affecting health, freedom of movement and the economy on a worldwide scale, it is also drastically impacting the art scene, with artists and institutions all united on a foggy path between reorganization and uncertainty about the future.

The music industry has been hit hard, with not just clubs and concerts but also studio sessions being suspended for several weeks already.

Approaching summer, questions about music festivals, the economic engine of the traditional structure, and hopes for audiences to enjoy open air events during the beautiful season, are becoming more and more critical.

On March 18th, the Glastonbury festival was the first European festival, and one of the most famous, to be cancelled, beginning a cascade of cancellations touching France, Italy, Germany and most of the rest of Europe, ordered by government decisions and led by the advice of health and safety agencies.

Those festivals able to sustain it have announced postponements, while others are starting the fight for their survival.

With gigs all cancelled, to be rescheduled, bands and solo artists losing their main source of revenue have started proposing alternative solutions. Online performances and digital festivals are blossoming everywhere on the web, trying to help the industry to resist, temporarily.

Despite the chaos of the situation, music agencies and venue managers are keeping the spirit alive, and adapting quickly to the flow of events and decisions.

What About Big Czech Festivals?

Let’s be honest, the chance of big festivals happening this year is close to zero.

For now, public gatherings are still limited to 10 people, and Culture Minister Lubomír Zaorálek (ČSSD) recently confirmed that “Summer festivals, which are usually attended by thousands of people, will not take place.”

Anticipating such an announcement, The Metronome festival in Prague (usually in June) had already postponed its three days of concerts until September, and Rock for People (Hradec Králové) has skipped its 2020 edition altogether to gather energy for a return in 2021.

United Islands of Prague and Colours of Ostrava are not yet officially cancelled. The former, supposed to take place in June, is difficult to see happening. The latter, not scheduled until August, is still hoping for restrictions to be lifted enough by then to keep their annual appointment with music lovers.

The same applies to the Hip-Hop Kemp (Hradec Králové) and Let It Roll (Prague), scheduled for late August and not cancelled yet.

If these festivals are authorized as hoped, it will be with strict safety measures in place for the public; without this assurance, local and national political institutions will certainly not let them go ahead.

In this context, the capacity of festivals will likely be the most relevant factor; as we can imagine, small and medium-size festivals (up to 500 people) could probably adapt more easily to restrictive measures than the large mainstream ones.

Ghettofest, postponed to June 27th, will be divided across five locations, each with a maximum capacity from 30 to 50 people, with organizers hoping that the 50-person maximum will be allowed at that point. The line-up is currently being finalized and will be announced very soon. It will be a one-day festival only, but better than nothing.

Ghettofest is part of the new phase of the wider Kaznice transformation cultural project, which is currently planning to stream music performances online via Kaznice Live, helping bands get visibility and stay active despite the situation.

Majales, the traditional student festival, is postponed until September, and POP Messe is still currently to go ahead, but with an announcement expected soon.

The first edition of POP MESSE is scheduled for July 24th-26th in the Luzanky football stadium (Stadion Za Lužánkami), where Zbrojovka Brno once won a Czech football league.

It was supposed to be THE festival the town needed; despite the last 10/15 years of rapid cultural development in the city, one thing still missing was a large versatile festival with an international line-up.

The New Brno – ideal cradle for startups and multinationals, a dynamic cultural center welcoming a large community of students, both Czech and foreign, and an increasing community of foreigners, living all together in the affordable Moravian city, seeing gentrification intensifying, as a negative, but visibility across the continent spreading, by competing to become European capital of culture 2028 – was just in need of such event.

Neither mainstream nor totally underground but with a huge range of artists, mainly electronic but clearly oriented to musical diversity, the festival was launched some months ago with the gradual announcement of the line-up, all wrapped up in clear and direct bilingual communication.

The location, bands, organizing team and the target audience appeared well chosen and perfectly timed for this inaugural year of the event.

With big names like Squarepusher, Acid Arab, Berlin-based Modeselektor, and some Czech newcomers like 7KRAT3 annd Bert and friends joining established crowd-pleasers such as Kalle and band and Ventolin (almost a local), and new European sensations like Icelandic multi-instrumentalist Sóley, the festival is looking serious and solid, appealing and exciting.

Organized by Tomas Kellar, former booker at Kabinet Muz, with affordable ticket prices and such a mix of great artists, the Festival as intended would be a real great first edition. For now, tickets are still on sale.

Three Bad Options for the Future

The problematic dilemma for festivals is clear:

Cancellations mean an incredible loss of direct cash, and refunds to all intermediaries, but also the risk of losing partnerships. In that case, for some, disappearing could be an unfortunate result.

Postponement means reworking all bands’ schedules in accordance with bookers and tour organizers, not so easy on a global calendar.

All this fragile arithmetic is now in the hands of the music industry, and even if we know that the music will always resonate again, we don’t know yet when and where…

Digital festivals all around

Facebook Comments
https://brnodaily.com/2020/05/05/culture/a-question-of-time-consequences-of-the-coronavirus-pandemic-for-the-czech-music-industry/https://brnodaily.com/wp-content/uploads/2020/05/Kaznice-Dan-Vertigo-photo-credit-Miroslava-Holasová-2-1024x684.jpghttps://brnodaily.com/wp-content/uploads/2020/05/Kaznice-Dan-Vertigo-photo-credit-Miroslava-Holasová-2-150x100.jpg2020-05-05T13:05:58+02:00Anthony B.Art & CultureBrno,Culture,Czech Republic,MusicA Facebook live performance of Dan Vertigo on Kaznice LIVE. Photo credit: Miroslava Holasová. Brno, May 5 (BD) - If the current pandemic is affecting health, freedom of movement and the economy on a worldwide scale, it is also drastically impacting the art scene, with artists and institutions all united...Anthony B. biasiolianthonypro@gmail.comAuthorMusic is a universal language, the one I prefer to use, from first notes of rehearsal to stages, between studios and official releases, I like to comment, spread and analyze, since two decades, new trends and old school movements, hoping a giant sound system will finally save the world...Brno Daily 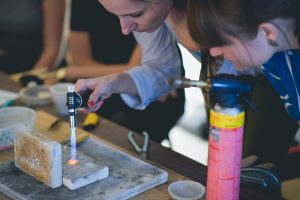 Music is a universal language, the one I prefer to use, from first notes of rehearsal to stages, between studios and official releases, I like to comment, spread and analyze, since two decades, new trends and old school movements, hoping a giant sound system will finally save the world...
View all posts by Anthony B. →
« “As If Everyone Stopped Smoking”: Cleaner Air During Pandemic Has Saved 11,000 Lives, Says Study
Cross-Border Buses and Trains To Resume on May 11th; All Foreigners Can Remain Legally Until July 17th »