The Virus Curve Has Been Flattened. What About The Economy? 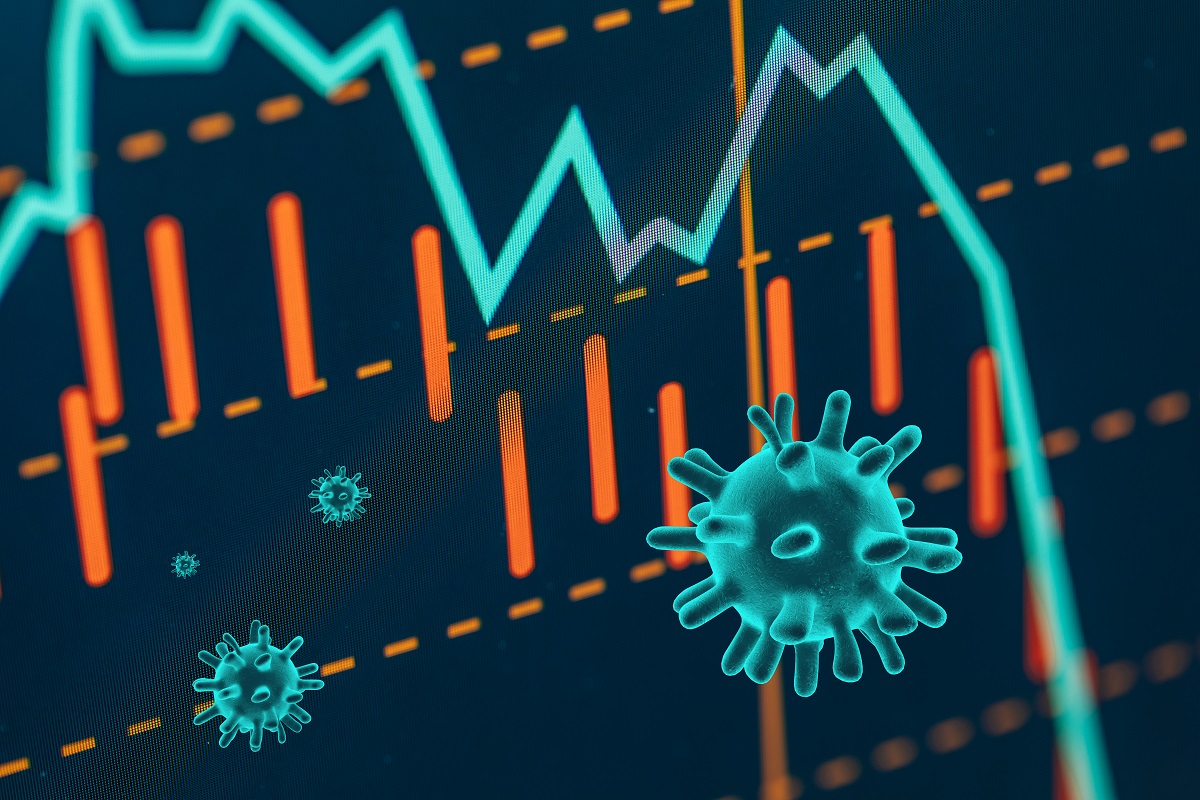 Many graphs have appeared recently showing a direct correlation between the strength of measures to restrict the spread of COVID-19 and the downward effect on economic growth. The Czech Republic according to the government has controlled the spread of the virus by imposing measures that all but shut down normal economic activity. The focus is now turning to evaluating the shock to the economy. Tomáš Adam and Aleš Michl, Czech National Bank Board members, highlight a drop of 9.3% electricity consumption at the end of March. Photo credit: Freepik / For illustrative purposes.

Czech Rep., Apr 10 (BD) – Many economists have pointed to a direct relationship between the severity of the restrictions to control virus spread and the strength of the depressing effect on the economy. These graphs deliver a clear simple message, which is pretty obvious to most people, that the longer and more intense the lockdown, the deeper the resulting fall in economic activity. Governments have, however, taken a lot of action to mitigate these effects.

A detailed analysis here by Richard Baldwin highlights three main shocks caused by the virus: 1) workers are forced to stay at home through illness or isolation. 2) Government enforced containment measures, e.g. Factory closures and transport restrictions 3) The ‘expectations shock’. The uncertainty puts businesses and individuals into ‘wait-and-see’ mode. To counteract this he advises governments to ‘keep the lights on’ and take action to ‘reduce the number of unnecessary personal and corporate bankruptcies, (and) make sure people have money to keep spending even if they are not working.’ The Czech government have followed this with significant amounts of money to support both businesses and individuals. In addition, the Czech National Bank acted to make money cheaper and to shore up the banking system.

Despite these measures, the economy is expected to suffer a significant fall in the second quarter and maybe even the first quarter. Efforts to put numbers to this shock are almost impossible. The big problem for policy-makers and forecasters alike is that they are steering without a compass. This crisis is unlike any other and the key economic statistics that will give an idea of current economic activity will not appear for a while. The Czech Statistical Office will publish the March inflation figures on April 14; retail sales only on 6 May and construction and industrial production data for March will not be released until May 7. The first estimate of GDP growth for the first quarter will not be released until 15 May.

So what do we have so far in the way of real statistics? Tomáš Adam and Aleš Michl, board members of the Czech National Bank have analysed what little real data is available for the period of the state of emergency. On April 8th the Ministry of Labor and Social Affairs published the unemployment rate for March which was 3%, similar to February. This does not tell us much because most people losing their jobs would not apply for unemployment benefit until April. Another figure published for March was new car registrations. This showed a drop of 36%. But most cars would have been ordered before the crisis started and this figure may just reflect owners delaying collecting their new vehicles. The figures that they feel are the most informative are for electricity consumption. When adjustments are made for the unseasonably cold weather, the fall in the last two weeks of March was 6.5% and 9.3% respectively. How closely this relates to the real performance of the total economy we will have to wait a few more weeks to find out.

https://brnodaily.com/2020/04/10/news/business/the-virus-curve-has-been-flattened-what-about-the-economy/https://brnodaily.com/wp-content/uploads/2020/04/stock-decrease-virus-credit-freepik-1024x683.jpghttps://brnodaily.com/wp-content/uploads/2020/04/stock-decrease-virus-credit-freepik-150x100.jpg2020-04-10T14:40:20+02:00Charles du ParcBusinessCzech Republic / WorldCoronavirus,Czech Republic,EconomyMany graphs have appeared recently showing a direct correlation between the strength of measures to restrict the spread of COVID-19 and the downward effect on economic growth. The Czech Republic according to the government has controlled the spread of the virus by imposing measures that all but shut down...Charles du ParcCharles du Parcchaduparc@gmail.comAuthorCharles du Parc comes originally from London and worked there in fashion retailing for several years. Before coming to the Czech Republic in 2005, he ran his own delicatessen and café in a small town on the south coast of England. He has also served as a judge for the World Cheese Awards.Having fallen in love with Brno,he now regards it as home and works there as a freelance teacher, writer and translator.Brno Daily

Charles du Parc comes originally from London and worked there in fashion retailing for several years. Before coming to the Czech Republic in 2005, he ran his own delicatessen and café in a small town on the south coast of England. He has also served as a judge for the World Cheese Awards.Having fallen in love with Brno,he now regards it as home and works there as a freelance teacher, writer and translator.
View all posts by Charles du Parc →
« Mass Production of Nanofiber Masks and Respirators to Start in May in Technology Park
Brno Airport Closed To Passengers Until May Amid Concerns Over Future »