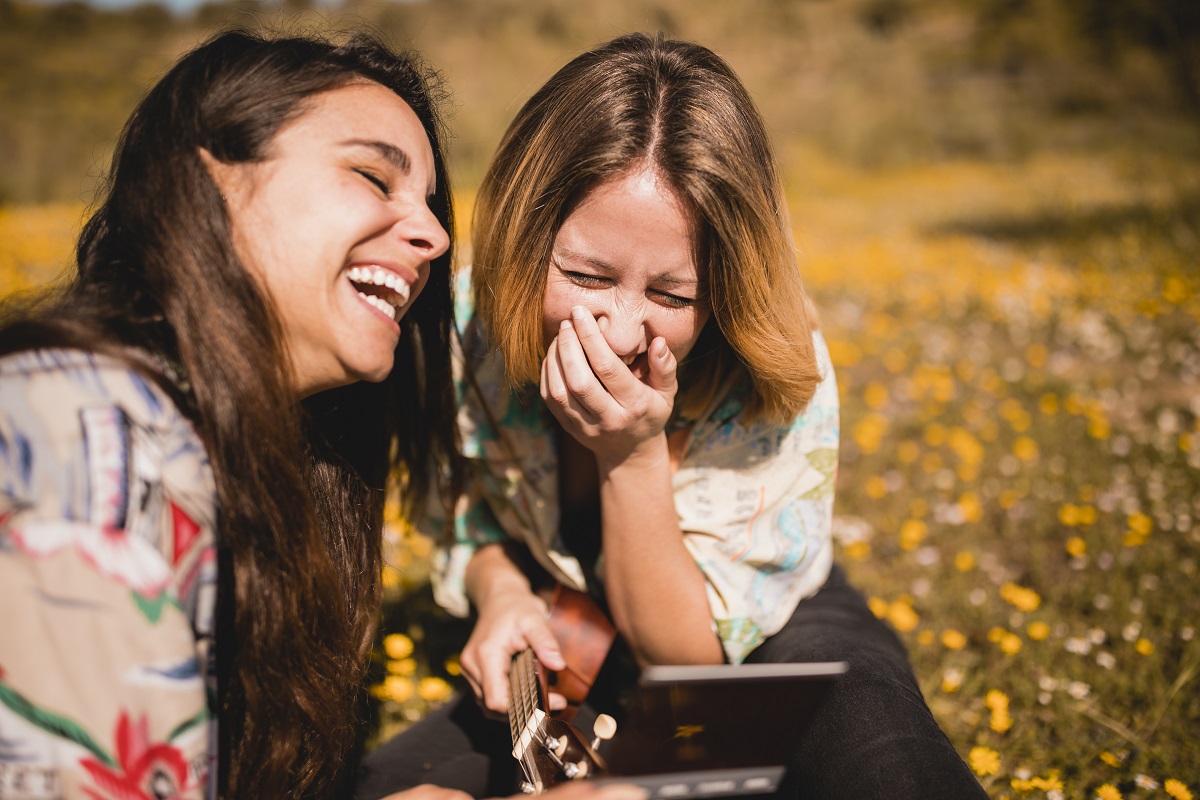 April Fool’s Day is one of the best days of the year. It seems like any other day — except, at any moment, you can fall into a humiliating trap.

There are many famous April Fool’s Day pranks. The BBC has done many: The Swiss farmers who grew spaghetti on trees. Smellovision. Big Ben Goes Digital. And, in 2010, proof that William Shakespeare’s mother was French — and, therefore, so was the Bard!

In America, Siddhartha “Sidd” Finch was a pitcher (for the New York Mets!) who could throw a baseball 168 miles per hour. Alabama lawmakers sought rounded pi down to 3. And Almost Live!, a Seattle comedy program, convinced many that the Space Needle had toppled in 1989.

And, of course, there are the classics: Vaseline on the door handle and a whoopee cushion on the chair.

Unfortunately, this year is different.

Is it okay to laugh yet?

My kids are constantly laughing. They have a natural, pure, naïve expression of mirth. I, however, cannot enjoy such an unabashed release. I feel guilty: We’re stuck inside! People are wearing facemasks! The future is wildly uncertain and scary!

Nevertheless, I believe in the power of humor. I think looking at the lighter side is important to keeping a level head. So, in lieu of the weekly Brno Sports Report, which has been rendered useless because of the COVID-19 restrictions on public gatherings, I’ve endeavored to come up with humorous stories each Wednesday.

Today would have been the perfect time for a legendary prank. Nothing strikes the right tone.

It reminds me of comedy after the Sept. 11, 2001 terrorist attacks. Back then, President George W. Bush, a constant target for ridicule, was given a pass. It took a long time for public humor to return. In fact, after a few weeks, comedian Gilbert Gottfried joked about the attacks at a roast — and it did not go well. Someone in the audience shouted “Too soon!” and that phrase has since become part of the cultural vernacular.

This coronavirus pandemic is different. Most of us are healthy and the nice weather is contributing to the stir craziness of being cooped up. People need entertainment. Many seek some kind of laughter.

Late-night comedians from the America and England are popular even here. John Oliver, for example, is well-known for his long-form informational segments on HBO that mix comedy with deep dives into complex issues. Stephen Colbert, Trevor Noah, Seth Meyers, Jimmy Kimmel, Jimmy Fallon and James Corden have all presented shows without a live studio audience and are now doing filming at home. It is strange to have a punchline without the normal studio-audience laughter.

These late night comedy programs have mostly been about President Trump since he became “Leader of the Free World”. He is still fair game, and the mocking has not exactly been toned down.

Onion.com, which has always pushed the boundaries (including, successfully, after Sept. 11, 2001), is still publishing great stuff. Even “Wait, Wait Don’t Tell Me”, a 20-year-old quiz show on National Public Radio, has found a way to respectfully mock aspects of this situation. Memes are crazy-popular.

I had an idea for a satirical story, in the vein of the Onion, that I thought would be a decent April Fool’s Day idea. It was to be about how people present themselves onscreen in conference calls. The headline was to be something like: Sales of shirts and blouses spike, pants dip.

Oftentimes, the seemingly humorous or the all-out absurd has turned out to be true. Frankly, absurdity seems to be the appropriate style of humor for these times. We are stuck inside, trying to make sense of what is happening. What better atmosphere for stranger-than-fiction true stories?

– Horse racing has become the only game in town.

– Easter, the day that Christ rose from the dead, selected as “a beautiful time” to “open up the country” and end many public restrictions because “we can’t let the cure be worse than the problem itself”.

– Or, this headline in the Washington Post: “These are boom times for boredom and the researchers who study it”.

These are all so absurd that they are funny. Not laugh-out-loud funny, but definitely humorous.

And that seems to be the right speed for this day and age.

Facebook Comments
https://brnodaily.com/2020/04/01/column/bruno-when-can-we-laugh-again/https://brnodaily.com/wp-content/uploads/2020/04/women-laughing-credit-freepik-1024x683.jpghttps://brnodaily.com/wp-content/uploads/2020/04/women-laughing-credit-freepik-150x100.jpg2020-04-01T13:35:04+02:00Bruno ZalubilColumnCzech Republic,Lifestyle and FashionPhoto credit: Freepik / For illustrative purposes. April Fool’s Day is one of the best days of the year. It seems like any other day — except, at any moment, you can fall into a humiliating trap.   There are many famous April Fool’s Day pranks. The BBC has done many: The Swiss farmers who grew spaghetti on trees. Smellovision. Big Ben Goes Digital. And, in 2010, proof that William Shakespeare’s mother was French — and, therefore, so was the Bard!   In...Bruno ZalubilBruno Zalubilbzalubil@hotmail.comAuthorA connoisseur of the unpredictable and unscripted drama of sports.Brno Daily

A connoisseur of the unpredictable and unscripted drama of sports.
View all posts by Bruno Zalubil →
« Last April’s Tram and Trolleybus Crash on Masná Due To Technical Fault, Say Police
Czech Government To Support Self-Employed With CZK 25,000 Lump Sum Payment »