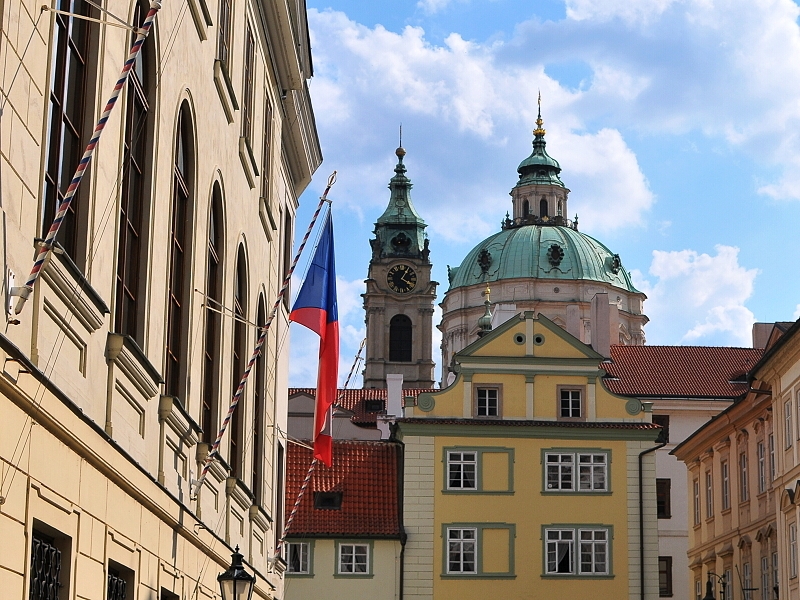 A global study of public opinion of democracy around the world investigated how satisfied citizens are with their democracy, how much faith they have in democratic institutions, and what characteristics are the most important to them. Photo: ZM / Brno Daily.

Brno, Mar 17 (BD) – Citizens of the Czech Republic are generally satisfied with democracy in their country, in contrast to a general dissatisfaction globally and across Europe, according to a study conducted by Pew Research Center. The study focused on several different features of democracy. Overall, Czechs seem mostly satisfied with democracy, and trust and value the voting process, but are sceptical of their elected officials.

In 2009, a minority of Czech citizens were satisfied with how democracy was working in their country. By 2019, this had changed into a majority of 57%. As such, the Czech Republic is more satisfied with its democracy than the average of the European Union (EU) countries surveyed*, which was slightly below 50%. This average was lowered in particular by Greece, where nearly three out of four citizens said they were unhappy with their democracy, the least satisfied of all countries surveyed globally. Other significantly dissatisfied countries from the EU included Bulgaria and the United Kingdom, where just 27% and 31% respectively were satisfied.

In Central Europe, the majority of citizens were satisfied with their democracies, with Poland the second most satisfied country in the EU. Only Hungary reported a slight minority of satisfied citizens.

In the 34 countries** surveyed around the world, a slight minority of 45% were happy with the state of their democracy.

* Citizens from France, Germany, Greece, Italy, the Netherlands, Spain, Sweden, United Kingdom, Bulgaria, Czech Republic, Hungary, Lithuania, Poland and Slovakia were surveyed for this study. As the study was conducted in 2019, the United Kingdom was then still a part of the EU and is taken into account in EU averages reported.

When asked if they agreed with the statement that elected officials cared about people like them, a majority of Czech citizens disagreed. Only 23% of those surveyed reported having faith that their officials cared about them. In 1991, this was much higher, at 34%. Scepticism has decreased since 2009, when only 18% agreed with the statement. With 23%, the Czech Republic falls well below the EU and global average of around 31%.

Dissatisfaction with democracy is also higher among those with skeptical views of elected officials. Bulgaria and Greece, who reported the highest proportion of citizens unsatisfied with their democracy, also reported the greatest scepticism of public officials, with 17% and 13% respectively.

In the Czech Republic, only 25% of respondents who believed that their elected officials cared about ordinary people were unsatisfied with democracy. Half of the citizens that reported scepticism, also reported dissatisfaction.

A Globally High Trust in the Voting Process

Overall, a strong majority of people believed that voting gave them a say in the way their government is run. In Europe, even the countries with the lowest trust in the voting process still had a majority by this measure. Around the world, the average came to nearly 70% of citizens reporting they felt that voting gave them some power.

In the Czech Republic, the proportion of citizens trusting the voting process grew significantly from 61% in 2009 to 73% in 2019.

Central Europeans Agree That the State Is Run for All

In the Czech Republic, agreement with this sentiment grew from 70% in 2009 to 79% in 2019. Slovakia was the only EU country surveyed whose citizens reported stronger agreement, with 88%. The lowest figure for this measure among the fourteen EU countries surveyed was Greece, with barely one in five citizens agreeing.

In general, Europeans agreed slightly less that the state is run for the benefit of all than the global average, with 47% compared to 49% globally.

Overall, there was a general consensus across the EU and in the Czech Republic specifically that a fair judiciary, gender equality and free speech are the three most important features of a democracy. Less of a priority for Czech citizens were free civil society and freedom of religion, with a minority reporting that these were important to them.

The only two countries where a favourable view of a right-wing party came with a higher regard for the importance of freedom of religion were Poland and Spain.

https://brnodaily.com/2020/03/17/news/politics/satisfaction-with-democracy-in-czech-republic-has-grown-in-the-past-decade/https://brnodaily.com/wp-content/uploads/2019/06/czech-parliament-psp.cz_.jpghttps://brnodaily.com/wp-content/uploads/2019/06/czech-parliament-psp.cz_-150x113.jpg2020-03-17T08:58:01+01:00Tessa AdamsonCzech Republic / WorldEUPoliticsCzech Republic,EU,News,PoliticsA global study of public opinion of democracy around the world investigated how satisfied citizens are with their democracy, how much faith they have in democratic institutions, and what characteristics are the most important to them. Photo: ZM / Brno Daily. Brno, Mar 17 (BD) - Citizens of...Tessa Adamson T.M.Adamson@hotmail.comAuthorExpat student from the Netherlands, passionate about writing, travelling, languages and politics.Brno Daily

Expat student from the Netherlands, passionate about writing, travelling, languages and politics.
View all posts by Tessa Adamson →
« Government Announces New Measures to Halt the Spread of COVID-19
Brno from B to Ž: A Tough-Love Guide to the City’s 48 Neighborhoods, Part 2 – Bosonohy »