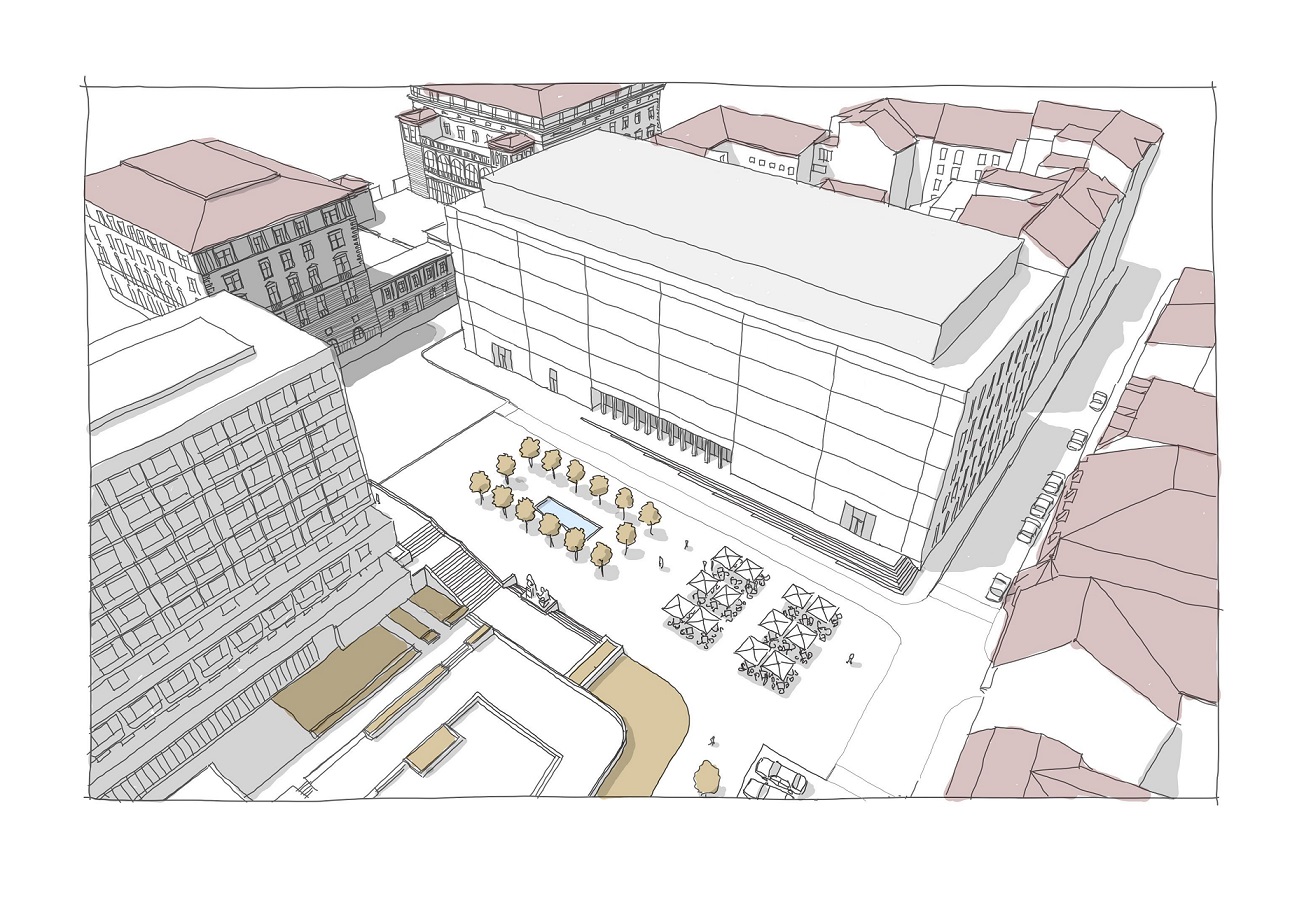 Brno-Center District Council approved, as quickly as possible, a proposal to name the future square after Ludvík Kundera, the first Rector of the Janáček Academy of Music and Performing Arts (JAMU). Title image: Visualisation of the square by architect Petr Hrůša.

Brno, Feb 6 (BD) – The proposal was submitted by the world-famous writer and Brno native Milan Kundera and his wife Věra, on behalf of the Kundera family.

The name of the future square in front of the Janáček Cultural Center, to be built on Veselá in the city center, should honour musicologist Ludvík Kundera (August 17, 1891 to May 12, 1971), the first Rector of JAMU, and one of the first “Janáčkologists” .

“It is more than appropriate to name the square that will be created next to the hall after Milan Kundera’s father Ludvík, whose influence on the musical and cultural face of our city is unforgettable – it should be remembered that he was not only a pupil of Leoš Janáček, but also the interpreter of his work,” said Brno Mayor Markéta Vaňková.

The Kunderas’ application will be submitted for further discussion to the city authorities, where it will be discussed by the Working Group on Nomenclature, after which the proposal must receive the approval of the Council and the City Assembly.

As Milan Kundera stated in his application, his father Ludvík Kundera studied piano in Brno and Paris and solo singing in Brno and Prague. During the First World War he joined the Czechoslovak Legions, where he founded and directed the orchestra.

After his return home in 1920 he was the secretary of the Brno Conservatory, and later a professor. During the First Republic he often performed as a soloist and chamber piano player both at home and abroad, in Vienna, Paris, Cologne, Moscow and Kiev. In addition, he composed melodramatic music, worked as choirmaster of the Lumír society of Královo Pole, gave lectures, sat on examination committees, and was an inspector of private music schools in the Moravian-Silesian region.

During the Nazi occupation, he retired early, and many of his musical-historical writings, books and essays on contemporary music and pedagogical and critical writings come from this period.

After the liberation of Czechoslovakia he became the administrator of the Brno Conservatory and head of the Institute of Music Education at Charles University. After the founding of JAMU, he was appointed professor of piano playing, before spending two years as dean of the music faculty and, from October 1st 1948, 13 years as its rector. As a musicologist, he is best known for his analyses of the works of Leoš Janáček.