Brno, Oct 1 (BD) – Most of the most famous ballets are connected to Russia. Pyotr Ilyich Tchaikovsky gave us Swan Lake, the Nutcracker and Sleeping Beauty. Don Quixote and Cinderella both premiered at the Imperial Bolshoi Theatre in Moscow. Romeo and Juliet, one of the most famous ballets, was composed by the Russian Sergei Prokofiev (and premiered at Mahen Theatre in Brno in 1938).

La Bayadère is also connected to Russia. It premiered at the Mariinsky Theater in St. Petersburg in 1877.

But the subject matter is not Russian. La Bayadère is set in Old India.

The ballet, which goes by Bajadéra in Czech, is a fairy tale that explores the complications that arise from the love of Nikiya, a Hindu dancing girl known as a bayadère, and Solor, a military commander. Neither the High Brahmin nor the Rajah — who‘s daughter, Gamzatti, happens to be Solor’s fiancée — appreciate the relationship.

It is a tragic tale that mixes the afterlife and the real world so that the lovers can meet.

The ballet already had its Czech premiere at Janáček Theatre. Now, with a new stage design by Slovak artist Marek Hollý, the local company will resume presentations.

A renewed premier will be Oct. 18 at Janáček Theatre. It will feature Michal Krčmář, the first soloist of the Finnish National Ballet.

Go here for the full schedule and ticket information, in English.

Additional October highlights from the National Theatre of Brno include:

The audience at Mahen Theatre will be taken to a madhouse this Wednesday to experience what happens when, as part of therapy, a theatre director attempts to put on a play. It’s not easy. One patient insists on nothing but Mozart’s opera Così fan tutte. Another patient, a junkie who is addicted to lithium, really hates Mozart. Then there is the pyromaniac, the stuttering lawyer and the autistic woman. Madness ensues. Includes English subtitles.

This Czech classic, which analyzes the intersection of excruciating desire and fear, will be performed on Oct. 18 at Mahen Theatre. The greatest human heroism consists in accepting your own destiny. Includes English subtitles.

In Paris 1828, a mime meets the love of his life on the “Boulevard du Crime”. This is a story about uncompromising love and great intrigue that is based on real characters from both theatre and crime. The next performance is on Oct. 26 at Mahen Theatre. Includes English subtitles.

Faust a Markéta (Faust) explores deep thoughts: Relationships and God exist for those who believe.

The story of Dr. Faust has been told many times in many ways. This production, directed by Jiří Heřman, is that of Gounod’s opera, which may be the most famous musical version. Much of its popularity is because of the additional element — the innocent girl, Marketa, and the consequences of her love — that allows for a deeper analysis of the age-old myth.

Whether we have an immortal soul or not, we must still fight with the demon that lies within us. 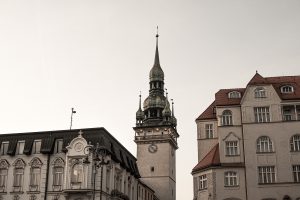 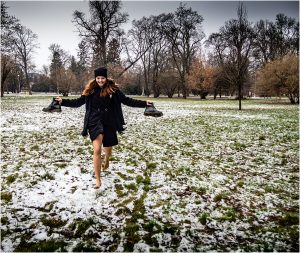 BEST Divadlo Presents Third Show of The Season, Barefoot In The Park by Neil Simon

A connoisseur of the unpredictable and unscripted drama of sports.
View all posts by Bruno Zalubil →
« Two Bus Drivers Caught Driving Over The Alcohol Limit
Christmas Ferris Wheel In Moravske nam. To Open Early This Year »