City Council Announces That Rapid Rehousing Pilot Project Will Not Be Renewed; Replacement Program Said To Be Under Development

Jack StephensApril 10, 2019 City Council Announces That Rapid Rehousing Pilot Project Will Not Be Renewed; Replacement Program Said To Be Under Development2019-04-11T11:23:31+02:00 Politics 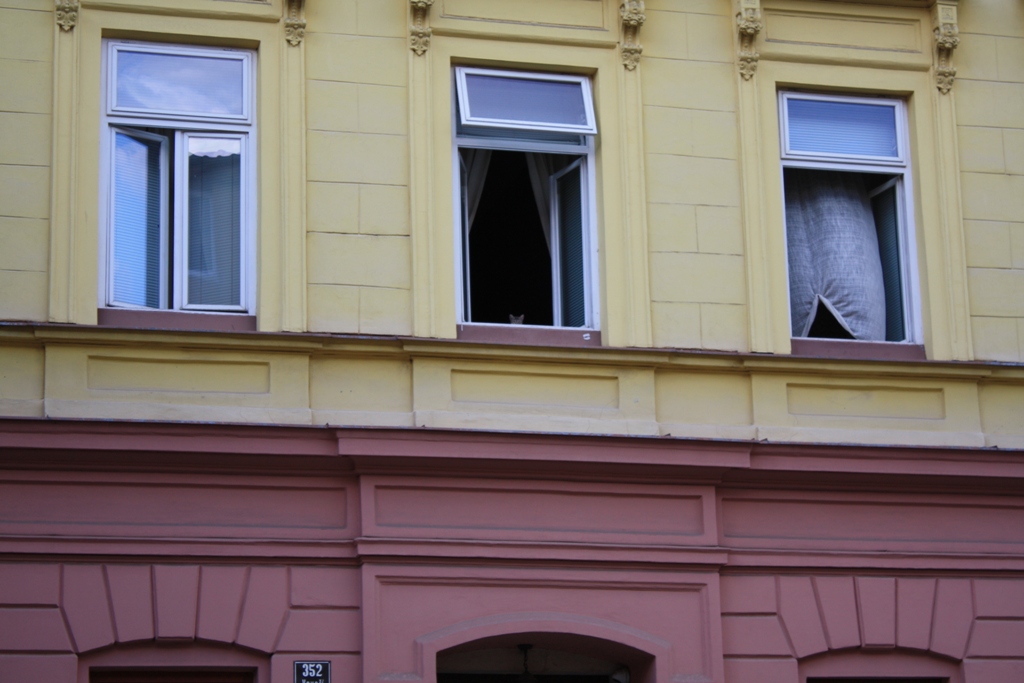 Analysis from researchers suggests that the pilot scheme has been a success. Now a long-term replacement project, operated centrally by the Czech Ministry of Labour and Social Affairs, is in development, although the announcement has been criticised by supporters of the Rapid Rehousing scheme who say that implementation is being delayed. Photo credit: @BrnoDaily.

What is Rapid Rehousing?

Brno, Apr 10 (BD) – The Rapid Rehousing project, which ran from 2016 to 2018, placed 50 homeless families in debt-free housing, with the aim of removing financial pressures while they got their lives back on track. In addition to the flats, the project provided the families with flexible support from social workers to help them manage money and other necessary services. The overall aim of the project was to find new and innovative ways to effectively end homelessness.

This type of project, known internationally as “Housing First” is a social policy innovation that has spread across many European countries over the past decade, as well as in the US (where it was originally developed), Canada and New Zealand. The innovation of this approach is that it is accompanied by research data from evaluation studies and statistical verification of the effects on homeless households. Research in the US, Canada, and Europe has shown that providing housing generally ends homelessness in at least eight out of ten cases across different groups of homeless people.

What were the results of the project?

The cost of the project was CZK 9.7 million, with 95% of this covered by European Union structural funds, and 1.6% (CZK 150,000) of the cost falling on the city. According to researchers from the University of Ostrava, after one year 48 of the 50 families were able to maintain a one-year rented apartment with the support provided. On average, the families involved spent 11.8 months of the 12 months in regular rental housing, compared with 2.7 months for the control group.

By keeping these families out of homelessness, the project saved CZK 1.5 million for the city. (More in our previous article “Rapid Re-Housing Pilot Project Has Helped Poor Families and Saved CZK 1.5 Million of Public Money”.) One of the main benefits of the project was that, between them, the children of the families avoided 3,984 days in institutional and foster care. Speaking last year to Cesky Rozhlas, Štěpán Ripka of the University of Ostrava described some of the other benefits of the scheme: “The rate of child injuries decreased from 12% to 2.4%, the number of hospitalizations significantly decreased, and antibiotics were used for treatment 63 times less often.

According to Cesky Rozhlas, since the original one-year report by the Ostrava researchers, two more families have become unable to maintain their rent on the apartment, with six more at risk. The amount owed in rent arrears is CZK 450,000, plus CZK 250,000 from three families who were unable to continue participating in the scheme and surrendered their flats. Nearly half of the families owe less than CZK 10,000, and some are meeting their repayment plans fully.

The Rapid Rehousing project was initiated by the Zit Brno political party, and implemented under the previous Brno City Council coalition, headed by ANO, as part of a “homelessness action plan” to end homelessness in Brno within eight years. The pilot project ended as planned on 31 August 2018, and on Tuesday morning the final report evaluating the project was approved by the city assembly by 41-4, with four abstentions. Now the new governing coalition has indicated that it will not be renewed, though the families involved in the initial pilot scheme will be allowed to remain in their flats. According to Mayor Marketa Vankova (ODS), quoted in the Cesky Rozhlas article: “At this point we do not intend to initiate a similar project with other families. We will follow the existing families, and families that have worked well can continue to live in these apartments, but this will no longer be part of the Rapid Rehousing project.”

Instead, the council says that a new system is under development, based on evaluation of the results of the Rapid Rehousing scheme. Brno, along with other cities around the Czech Republic, will apply for grants from the Ministry of Labour and Social Affairs, which will allocate money to various projects aiming to address homelessness. According to Deputy Mayor Robert Kerndl (ODS), quoted in the same Cesky Rozhlas article, although the Rapid Rehousing project will end, homeless families will have access to support to rent apartments in the event that Brno successfully obtains funding from the Ministry. Specifically, the city will apply for funding under the ministry’s Calls for Proposals 52 and 108, which are based on the same principles as Housing First and Rapid Rehousing.

However, supporters of the Rapid Rehousing project have criticised the city council’s position as an unnecessary delay. In a Facebook post, Martin Freund, former Žít Brno council member and one of the designers of the project, wrote: “Rapid Rehousing was simply a pilot project, to test whether it worked and then turn it into a system. We don’t need another couple of apartments, we need to end homelessness in Brno now. We already wrote the action plan to do this, there’s no need to think of anything new.” Czech media coverage of the announcement also presented the announcement as the cancellation of Rapid Rehousing measures.

In response, the council issued a press release stating that measures to support homeless families would not be stopping, and that consultations with the Ministry were underway, with various applications for funding in progress and due to be put to the city assembly for approval in the coming months. The aim is to make a number of apartments available for socially excluded groups in 2022, with the scope of the program widened from the homeless to include other groups including disabled and elderly residents. According to Deputy Mayor Robert Kerndl (ODS): “Materials will be submitted to the municipal authorities concerning the applications to a number of funding channels from the Ministry of Labor and Social Affairs. These channels will enable us to rehouse families with children.”

EDIT (11:23): This article was edited from the original to clarify which of the Ministry’s Calls for Proposals the council will respond to, and that the end of the pilot scheme was not subject to a vote in the assembly.

https://brnodaily.com/2019/04/10/news/politics/city-council-announces-that-rapid-rehousing-pilot-project-will-not-be-renewed-replacement-program-said-to-be-under-development/https://brnodaily.com/wp-content/uploads/2018/09/IMG_2356-1024x683.jpghttps://brnodaily.com/wp-content/uploads/2018/09/IMG_2356-150x100.jpg2019-04-10T17:20:10+02:00Jack StephensPoliticsAccommodation,Brno,Czech Republic,Homeless,South MoraviaAnalysis from researchers suggests that the pilot scheme has been a success. Now a long-term replacement project, operated centrally by the Czech Ministry of Labour and Social Affairs, is in development, although the announcement has been criticised by supporters of the Rapid Rehousing scheme who say that implementation is...Jack Stephens jack.stephens50@gmail.comAuthorA writer and English teacher originally from London who has lived in Brno since 2011, interested in politics, low culture, and all things strange and/or Czech.Brno Daily

A writer and English teacher originally from London who has lived in Brno since 2011, interested in politics, low culture, and all things strange and/or Czech.
View all posts by Jack Stephens →
« Collision Between Tram and Truck On Štefánikova
Discover and Enjoy What Life in Brno Has to Offer at the First-Ever Brno Expat Fair »