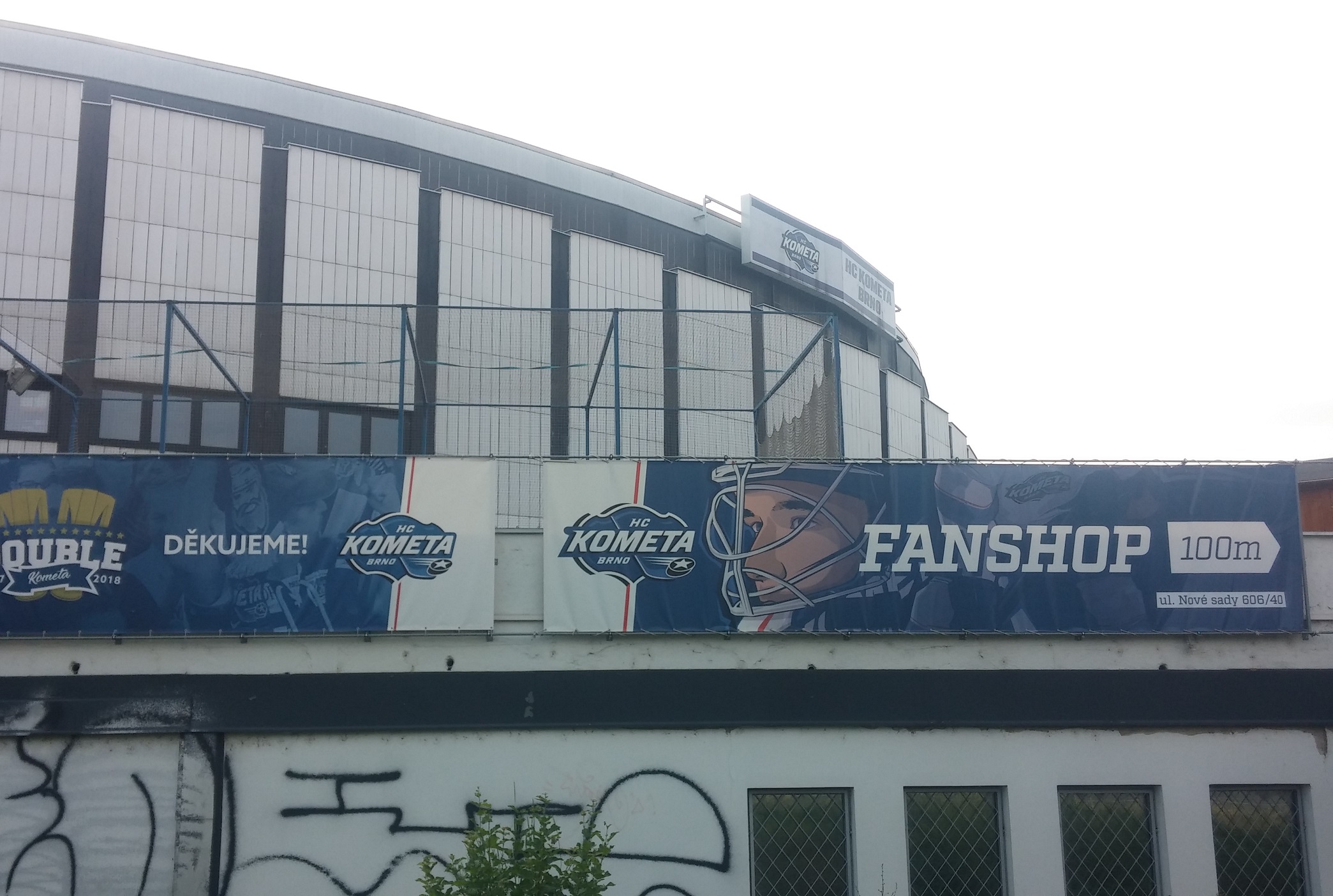 Brno, Mar 8 (BD) – On 6 March, the Board of Directors of -SPORT, the city company that manages the council’s sport-related investments and is the owner of the Rondo Sports Hall, approved an amendment to the company’s investment plan for 2019 to include upgrades to the boards around the ice rink, costing CZK 5.9 million.

The Kometa Group, the current tenant of the hall, has requested upgrades to the boards,  including inverters, timekeepers, penalty benches, plexiglas, network and network frames, both for safety reasons and to comply with requirements for international matches. A plan for similar upgrades was included in the investment plan for last year, but the Board of Directors cancelled the procurement procedure for the work, to ensure that any new changes made would comply with new IIHF rules due to be announced in Autumn 2018.

“Kometa is expecting a dramatic conclusion to the hockey extraliga. The Rondo Hall will be upgraded after the end of the season. The benefit from this will be felt by the club and the sports ground. The boards around the playing field will be higher and safer, in accordance with the international parameters for the competitions,” said Jaroslav Suchý, council Cabinet Member for Education and Sport.

Terms and conditions are now being prepared for the public contract, due to be announced in April. Work will begin as soon as the ice dissolves after the hockey season at the end of May, and should be completed in the middle of July.

Construction of Rondo Hall began in 1972, and the building was opened in 1982 to host the World Bowling Championships. It came under the ownership of -SPORT in 2005, and now hosts matches of HC Kometa Brno, along with other sporting and cultural events, including concerts.

https://brnodaily.com/2019/03/08/news/politics/renovation-works-planned-for-rondo-sports-arena/https://brnodaily.com/wp-content/uploads/2019/03/kometa-rondo-brno-drfg-arena-1024x688.jpghttps://brnodaily.com/wp-content/uploads/2019/03/kometa-rondo-brno-drfg-arena-150x101.jpg2019-03-08T08:29:41+01:00Jack StephensPoliticsBrno,Sport,Urban PlansThe arena, home to HC Kometa Brno, requires a number of upgrades in order to comply with new regulations by the International Ice Hockey Federation (IIHF). Photo credit: Brno Daily archive. Brno, Mar 8 (BD) - On 6 March, the Board of Directors of STAREZ-SPORT, the city company that manages...Jack Stephens jack.stephens50@gmail.comAuthorA writer and English teacher originally from London who has lived in Brno since 2011, interested in politics, low culture, and all things strange and/or Czech.Brno Daily

A writer and English teacher originally from London who has lived in Brno since 2011, interested in politics, low culture, and all things strange and/or Czech.
View all posts by Jack Stephens →
« Brno Rated Best City For Business in South Moravia
Czech Average Wage Increased by 4.7% in Real Terms in Fourth Quarter of 2018 »