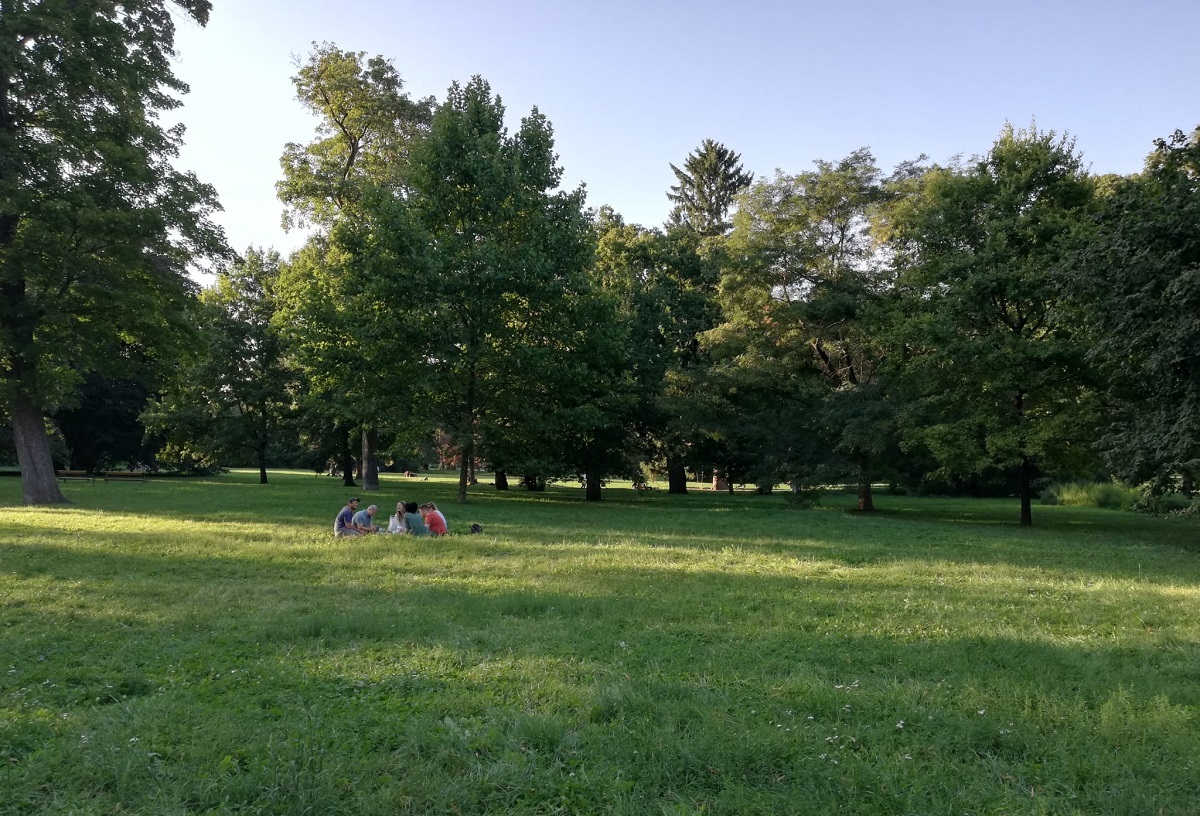 Lužánky Park is the biggest and oldest public park in Brno. It was founded 235 years ago, on September 9th, 1786, by Emperor Joseph II. Photo credit: GM / BD.

Brno, Sep 11 – (BD) Lužánky Park is the oldest public park in Brno and one of the oldest in Central Europe. The entire Lužánek complex was declared a cultural monument of the Czech Republic and registered in the state list of protected cultural monuments from 1958.

The area where the park stands originally belonged to an Augustinian monastery, from the 13th century to 1573. In the years 1578-1773, the place was transformed into a utility and ornamental garden for a Jesuit monastery and, after their departure Emperor Joseph II made it a city park, on September 9th, 1786. Lužánky Park thus became the oldest public park in the Czech Republic and one of the oldest in Europe.

During the 19th century the park became a destination for trips for the residents of Brno, and was the site of social events of great importance for the time, such as a firework display in 1792, and the celebration of Napoleon’s birthday in 1809.

Emperor Joseph’s imperial gardener Franz Bissinger gave the park a French style, but from the 1830s, gardener Anthony Šebánek created a natural English-style layout, becoming a place for city walks as well as a place for social and cultural events.

There are various historically relevant monuments in the park, such as a fountain with a sculpture of three children by artist Franz Melnitzky, a monument to Josef Merhaut, and allegorical statues of science, trade and industry, and Tolerance. There were also built a children’s playground, the Turnverein sports complex, a leisure center, Neo-Renaissance restaurant pavilion, the so-called “Casino” where the bust of Emperor Joseph II remained until 1918.

To the present day

A major reconstruction of the park took place in the 1990s and gave it its current appearance.

In 2001, the Council of the South Moravian Region chose Lužánky Park as the location for all promotional competitions, themed shows and olympiads in South Moravia. In 2003, for the first time, Lužánky was ranked among the 100 most important companies and institutions in Brno, in the “Who is Moving Brno” TOP 100 Brno poll, published by Brno City Hall and the Brno Business Magazine.

https://brnodaily.com/2021/09/11/brno/luzanky-park-the-oldest-public-park-in-the-czech-republic-celebrates-235-years/https://brnodaily.com/wp-content/uploads/2021/09/Luzanky-Park-5_Credits_-GM_-BD-1024x696.jpeghttps://brnodaily.com/wp-content/uploads/2021/09/Luzanky-Park-5_Credits_-GM_-BD-150x102.jpeg2021-09-11T16:11:03+02:00Giorgia MauraBrnoNewsBrno,Environment,History,Parks,Things To Do in BrnoLužánky Park is the biggest and oldest public park in Brno. It was founded 235 years ago, on September 9th, 1786, by Emperor Joseph II. Photo credit: GM / BD.Brno, Sep 11 - (BD) Lužánky Park is the oldest public park in Brno and one of the oldest in...Giorgia MauraGiorgia Mauragiorgiamaura50@gmail.comAuthorCommunication student, passionate about politics, theater and trekking. My mission is to bring a piece of truth into a chaotic world. Humankind lover.Brno Daily

Brno, Environment, History, Parks, Things To Do in Brno

Communication student, passionate about politics, theater and trekking. My mission is to bring a piece of truth into a chaotic world. Humankind lover.
View all posts by Giorgia Maura →
« Czech Republic Records Below EU Average Share Of People Reporting Chronic Depression
Inflation In The Czech Republic At Highest Rate Since 2008 »