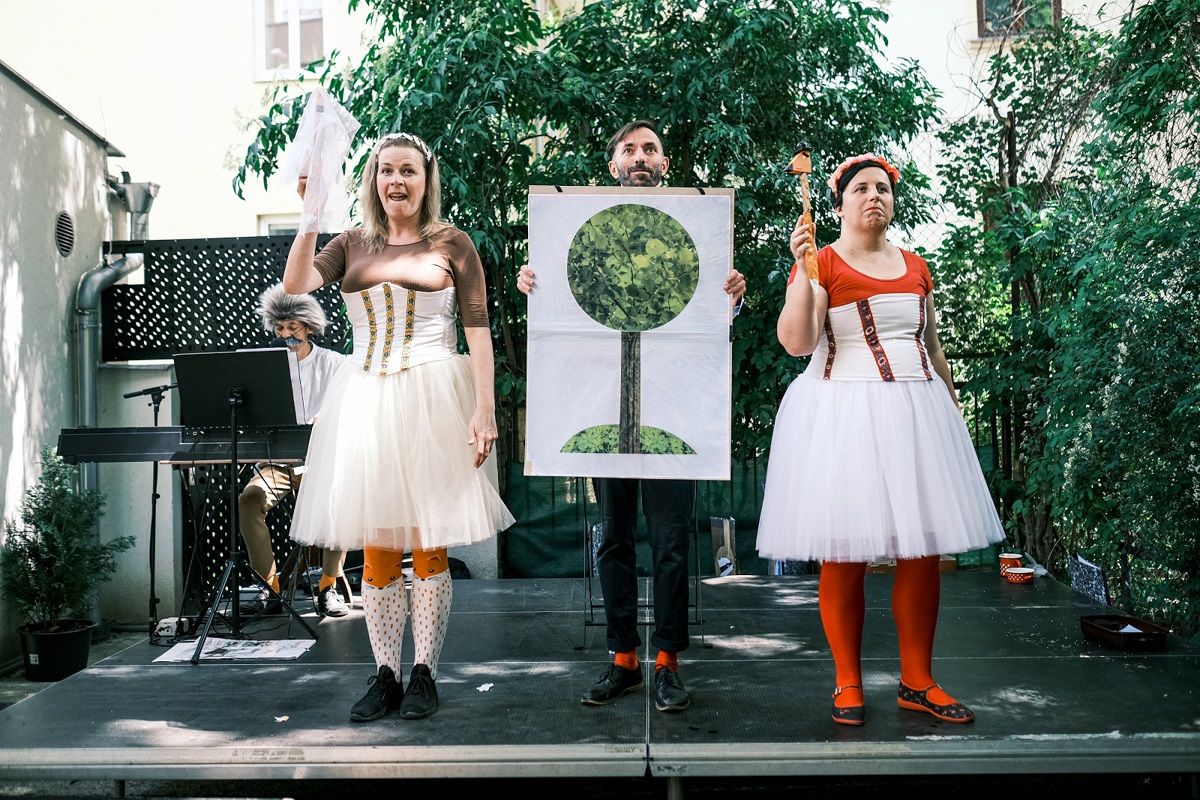 Leoš Janáček, who lived and worked in Brno for most of his life, is the most performed Czech composer internationally, and one of the 20 most performed in the world. In honour of the great man, Brno is celebrating “Summer with Janáček”, marking his birth and death, which both fell in the midsummer. A wide range of activities are planned as part of the commemoration. Photo: TIC Brno archive.

Czech Rep., Jul 17 (BD) – Brno is celebrating one of its most famous sons in traditional fashion, at the “Summer with Janáček” (“Léto s Janáčkem”) festival season, dedicated to the memory of Leoš Janáček, the internationally-renowned composer who lived and worked in Brno for most of his life. The summer season is strongly associated with Janáček, who was born on July 3, 1854 and died on August 12, 1928. Among the attractions are a Janáček-themed educational walking tour, a gallery of illustrations, and the chance to try some of Janáček’s favourite recipes.

The footsteps of Janáček

The walking tour, based on a mobile app, leads from Mendlovo náměstí through Zelný trh, Česká, and around the Leoš Janáček Memorial to the Mahen Theater. “You can walk around Brno in a completely new way in the master’s footsteps with the Loxper mobile application. It includes puzzles, music samples and animations of Janáček’s photographs with audio commentary processed by artificial intelligence technology. If you complete the route successfully, you will also receive a password with which you can pick up a gift in the TO JE BRNO information center on Panenská,” said Jana Janulíková, director of TIC BRNO, who is behind the Janáčkovo Brno project.

Even if you don’t walk the entire Janáček route, you will find in the city center several information panels acquainting you with some of the specific locations connected with Janáček’s life in Brno, complete with QR codes containing examples of Janáček’s music, such as the wedding scene from his opera “The Adventures of the Cunning Fox”, the fanfare from the “Sinfonietta” or the overture to the opera “The Makropulos Affair”.

In the kitchen with Janáček

Organized in cooperation with the Moravian Museum, the exhibition “In the kitchen with Janáček” (“U Janáčků v kuchyni”) opened this week in the Leoš Janáček Memorial, presenting illustrations by Vendula Chalánková, created for the publication of “Mářina kuchařka”, a book of recipes by Janáček’s housekeeper Marie Stejskalová. The exhibition will also include art objects that Chalánková “cooked and baked” according to Mářina’s recipes. More information about the exhibition is available here.

In the coming months, some Brno cafés and patisseries will also offer a taste of Janáček’s favorite desserts, according to recipes from the cookbook. These will include rosehips in Café Placzek, donuts at Mlsná holka confectioners, cupcakes based on the recipe for hazelnut cake in Cupcakekárna, butter rolls in Martinák confectioners, Kugler’s cake in Také 5 bistro or chocolate cake in Melounovy cukr cafe. You can find out more here.

For those with children, DNO Theater in collaboration with the artist Vendula Chalánková and TIC BRNO have prepared a special version of Liška Bystroušek, based on a book by Rudolf Těsnohlídek, with even Leoš Janáček himself making an appearance! The play will be performed at a number of summer festivals, and will also be repeated at Klub Leitnerka in autumn and form part of the Brno Christmas.

An educational website, www.leosjanacek.eu, is also available with news and other information about Leoš Janáček, as well as games such as a musical memory game. Visitors to the website can learn, among other things, what kind of person Janáček was, what shaped his character, how he created his work, what were his main inspirations, how and where he lived, and what his financial situation was. You can also watch unique film footage of Leoš Janáček on a trip by steamer.

https://brnodaily.com/2021/07/17/events-in-brno/celebrations-begin-for-brnos-summer-with-janacek-2021/https://brnodaily.com/wp-content/uploads/2021/07/janacek-1024x683.jpghttps://brnodaily.com/wp-content/uploads/2021/07/janacek-150x100.jpg2021-07-17T14:06:03+02:00Jack StephensArt & CultureBrnoEvents in BrnoBrno,JanacekLeoš Janáček, who lived and worked in Brno for most of his life, is the most performed Czech composer internationally, and one of the 20 most performed in the world. In honour of the great man, Brno is celebrating “Summer with Janáček”, marking his birth and death, which both...Jack Stephens jack.stephens50@gmail.comAuthorA writer and English teacher originally from London who has lived in Brno since 2011, interested in politics, low culture, and all things strange and/or Czech.Brno Daily

A writer and English teacher originally from London who has lived in Brno since 2011, interested in politics, low culture, and all things strange and/or Czech.
View all posts by Jack Stephens →
« In Photos: Škoda Transportation Presents First Fully Assembled Train, “Moravia”
What Lies Beneath: Seven Unique Attractions From Brno’s Underground »