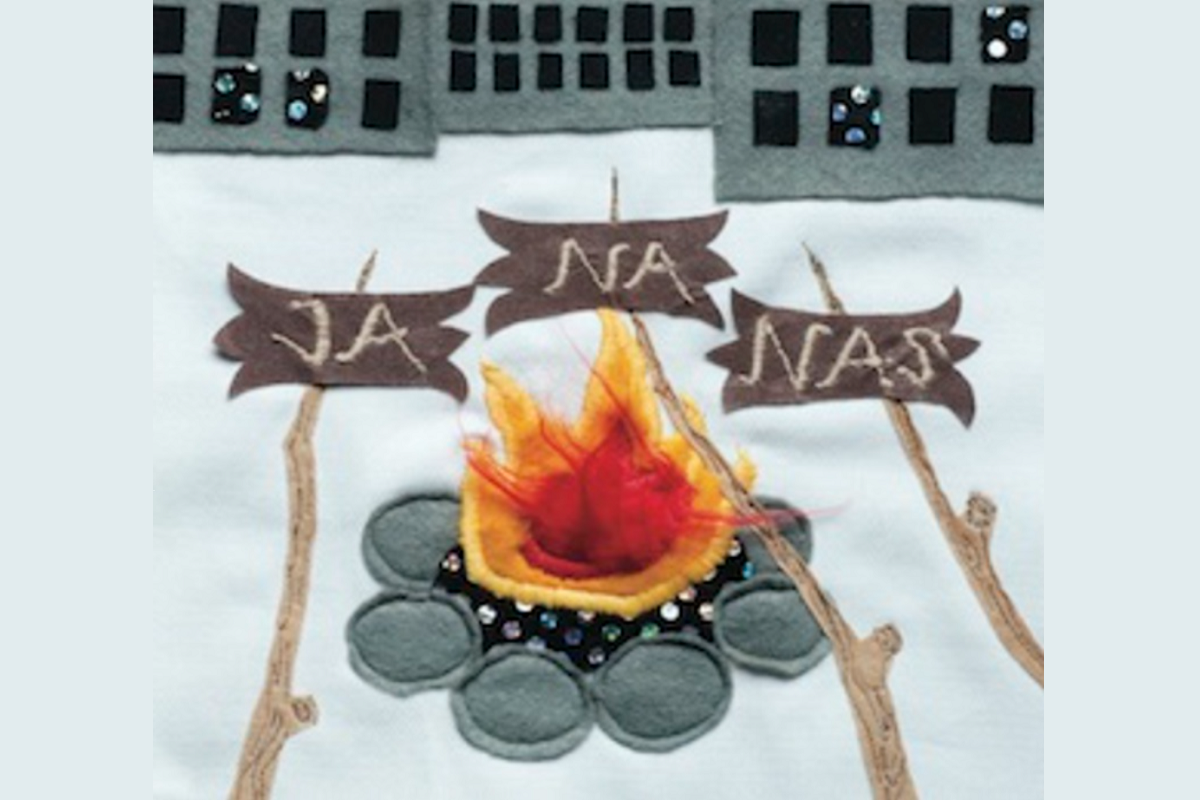 Continuing our retrospective series on key releases from the iconic Brno record label Indies Scope, Brno Daily is today going back to 2010…

The end of one decade and the start of the next, but in fact just another intermediary year in the process of music digitalization.

But also probably the beginning of a counter trend, wishing for more instrumental production (Joanna Newsom’s “Have One on Me” and Titus Andronicus’ “The Monitor”) and less “superstar DJs”.

In Hip Hop, Kanye West is claiming the crown with “My Beautiful Dark Twisted Fantasy”, probably his most successful album, and also for now his most streamed.

Canada’s Drake is breaking through with “Thank Me Later” and “Take Care”, unaware that he is opening the way to other Canadian producers like The Weeknd, releasing his first mixtape trilogy the same year.

Somehow Trap music is coming back to life, slowly emerging from the basement into mainstream attention. Numerous artists would get onto this track over the course of the coming decade…

As a conclusion to the decade when bands needed to adapt to instant fame and communication management, some guys from Brooklyn, Yeasayer, release a pop electronic album, “Odd Blood”, as their second LP, a perfect musical hybrid of the time (computer production with lots of rock and instrumental pop waves), and start getting media attention and finding the doors open to festivals in the US and Europe…

Exactly at the turn of 2010, the debut album by Jananas was released, at that time one of the most promising hopes of the Czech folk scene. The album, which was helped by the well-known producer Martin Ledvina, offers strong melodies, unique arrangements and, above all, distinctive Czech lyrics. There is no doubt that the Jananas trio breaks down all folk stereotypes and brings current elements to the still waters of Czech folk. They certainly don’t offer something we’ve seen a hundred times. It’s a band you can’t possibly mistake, and that counts nowadays. At first sight, Jananas enchants listeners with surprisingly high-quality Czech lyrics, full of ideas, multisensory insight, and intelligent humor, as well as touching on current topics. The characteristic expression and sound of the group on the album is enhanced by the unmistakable voice of the charismatic singer Jana Infeldová.

A new discovery on the folk scene, a young band that based its work on funny lyrics, strong and imaginative melodies and thus rippled the still waters of folk. I still listen to the album even 10 years later, a very successful debut. We are now releasing it on LP as well.

There are 13 songs on this debut album, with an average length of 3 minutes 30. It’s a debut with great mastering skills in terms of production and identity, an album to listen to multiple times to feel the precision of the arrangements and the creation of a strong identity.

Part of that identity comes from a female vocalist leading the musical conversation with a versatile, interesting voice, pulled off with a slight attitude, and a lot of control in her technique (“GPS”).

The folk guitar is a solid base in this album (“NA”), which inspires colorful melodies, as heard in the track “Model”, developing throughout the album a status of being in between, between “typical” Czech pop songs and wilder track production, a middle way between the Czech pop music standard and a much freer soul, with a strong discordant character brought by the vocals and the lyrics.

This would be perfect, I guess, for a train journey from the main towns of that country into the smaller lost regions (“Dokonalá”), but not only there of course….You can stream this album here, or find more information at Indies Scope.

Facebook Comments
https://brnodaily.com/2020/11/12/culture/indies-scope-2010-between-still-waters/https://brnodaily.com/wp-content/uploads/2020/11/Indies-jananas-2010-credit-indiesscope.-1024x683.pnghttps://brnodaily.com/wp-content/uploads/2020/11/Indies-jananas-2010-credit-indiesscope.-150x100.png2020-11-12T14:13:03+01:00Anthony B.Art & CultureIndiesBrno,History,MusicFor the 30th birthday of record label Indies Scope, Brno Daily looks back at the history of this icon of the Brno music scene, revisiting a selection of the most significant releases from the label’s back catalogue. We are presenting one album every week, with commentary from co-founder Milan...Anthony B. biasiolianthonypro@gmail.comAuthorMusic is a universal language, the one I prefer to use, from first notes of rehearsal to stages, between studios and official releases, I like to comment, spread and analyze, since two decades, new trends and old school movements, hoping a giant sound system will finally save the world...Brno Daily

Music is a universal language, the one I prefer to use, from first notes of rehearsal to stages, between studios and official releases, I like to comment, spread and analyze, since two decades, new trends and old school movements, hoping a giant sound system will finally save the world...
View all posts by Anthony B. →
« Drunk Brno Man Replaced At The Wheel By His Drugged Son
Restaurants Call For Support In The Face of Huge Losses »