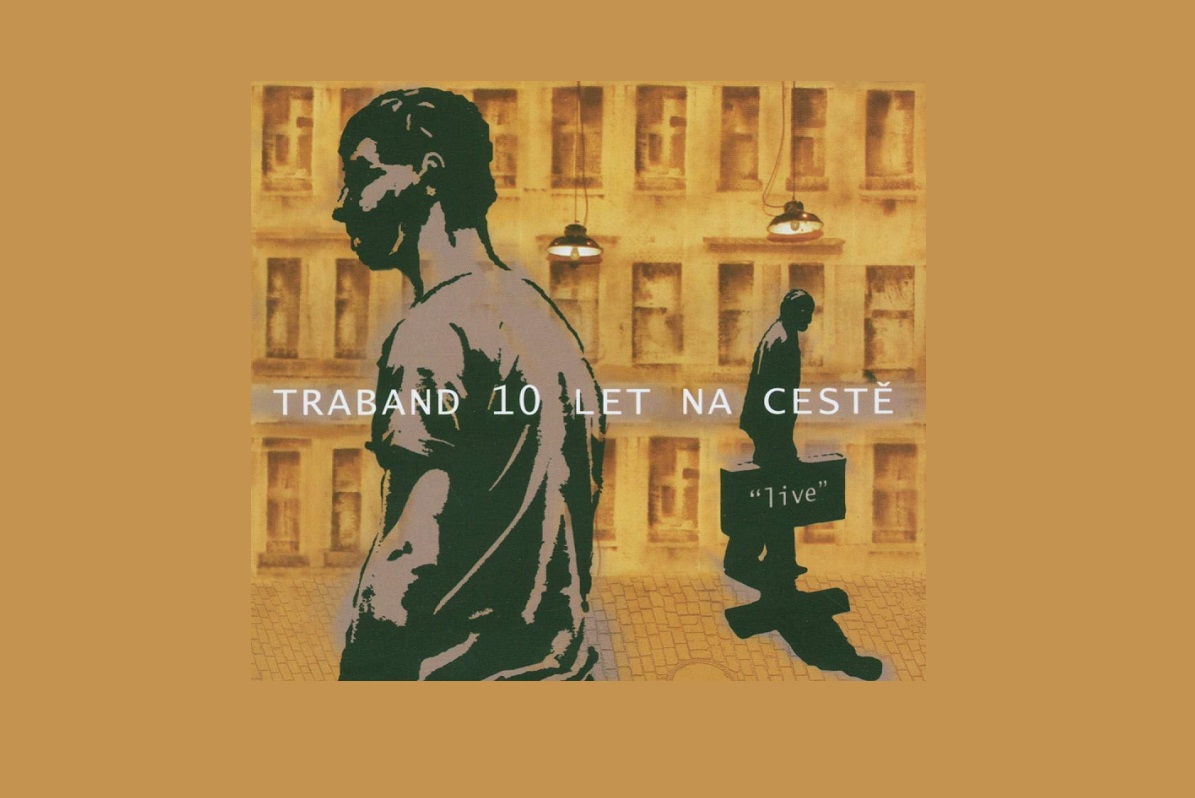 Continuing our retrospective series on key releases from the iconic Brno record label Indies Scope, Brno Daily is today going back to 2005…

In 2005, lots of bands and artists returned after long breaks, including Garbage, the Rolling Stones, Daft Punk, INXS, Will Smith, Kate Bush, among others. Never a good sign for music creativity in general, but a great last source of revenue for the music industry…

Alice in Chains reformed, alongside some newcomers such as Bloc Party with their debut “Silent Alarm”, and LCD Soundsystem with their explosive live shows.

In addition, 2005 saw some out-of-the-blue events like the Audioslave concert in Cuba, the first ever free outdoor gig by an American band in the country, and the self-produced concept album top-rated by American critics: Sufjan Stevens’ “Illinois”.

On June 23, 2005, the group Traband played a historically significant concert in the Akropolis Palace. The concert carried a subtitle: “10 years on the road”. The band, which had developed into one of the most successful bands representing “world music” in the Czech Republic, with their honest approach to creation, concerts and fans, was celebrating its tenth anniversary. The concert had an excellent atmosphere, with appearances by former members (Petr Vizina, Přemysl Haas, Michal Kliner) and guests (Václav Koubek, Vladimír Javorský, Naholou 25 and others), who came to congratulate Traband and joined them on stage. The concert was recorded on CD and DVD, although Jarda Svoboda was not completely in favor of it at the beginning: “Live? Is it possible to stuff yourself in a can while staying alive? I’m not a big fan of “live” recordings, I prefer to concentrate on working in the studio. No medium can record the things that make “live” alive: emotions, an atmosphere of togetherness, sharing, a spark jumping from the musicians to the audience and back again, smells and smells, etc. These are all things without which everything “living” is a half corpse.”

So why did the recording take place in the end? “When the offer came to celebrate our tenth anniversary with a big concert and its recording, I thought, why not have a nice party and invite all our musical friends and former bandmates and reminisce a little? After all, as Vašek Koubek sings “without beginnings, even the ends will be lost”.” And so, on the CD (19 songs + a new animated video clip) and DVD (31 songs + video clips and Czech Television documentaries) there are four previously unreleased songs: “In the waiting room at the doctor”, “To the other bank”, “The Fat Man in the Mirror”, and “Herds”.

It was very interesting for me to work with Czech Television on the DVD recording. I peeked under the hood of a concert movie. The fact that Traband was celebrating 10 years of existence and invited a lot of guests was just the icing on the great concert cake. We continued our cooperation with Czech Television and recorded a DVD for Peter Lip and Jablkoň.

It is always difficult to review a live album, getting only a part of the energy of the gig and not having the clarity of a studio recording, as Jarda Svoboda was saying. 19 songs compose this energetic concert record (31 on the DVD), at an average track length of 3:30.

The voice is clearly leading the instruments, and numerous wind instruments (saxophone, trumpet) and guitars follow the lyrics. The rhythm is raised often, and the full impression of the structure is that the band was a great flirtation between ethno base, ska music and Czech popular songs.

On slower melodic tracks like “Na druhý břeh”, you can hear the audience singing along with the chorus. The guitar songs are the slower ones but also probably the deeper.

A special mention for “Žižkovská romance”, which features a female vocalist, one of the numerous guests at the event, followed by the explosive “Nezdárný syn”, where you can really feel the audience getting more and more involved.

In my opinion, the DVD is a perfect way to really enter the band’s universe and see the growing impact of their music on the crowd of that day. The record ends with “Panenka Bárbí & Málborou men”, a real dialogue between the musicians, singer and the people, almost like an anthem, both of the band and of that day.

You can stream the album here or find out more at Indies Scope.

https://brnodaily.com/2020/10/01/culture/indies-scope-2005-party-on-the-road/https://brnodaily.com/wp-content/uploads/2020/10/treband-credit-indies-1024x684.jpghttps://brnodaily.com/wp-content/uploads/2020/10/treband-credit-indies-150x100.jpg2020-10-01T14:00:45+02:00Anthony B.Art & CultureBrnoBrno,History,MusicFor the 30th birthday of record label Indies Scope, Brno Daily looks back at the history of this icon of the Brno music scene, revisiting a selection of the most significant releases from the label’s back catalogue. We are presenting one album every week, with commentary from co-founder Milan...Anthony B. biasiolianthonypro@gmail.comAuthorMusic is a universal language, the one I prefer to use, from first notes of rehearsal to stages, between studios and official releases, I like to comment, spread and analyze, since two decades, new trends and old school movements, hoping a giant sound system will finally save the world...Brno Daily

Music is a universal language, the one I prefer to use, from first notes of rehearsal to stages, between studios and official releases, I like to comment, spread and analyze, since two decades, new trends and old school movements, hoping a giant sound system will finally save the world...
View all posts by Anthony B. →
« Brno Tunnels To Be Closed For Cleaning During October
New Forecast Sees Continued Decrease in Real Wages »