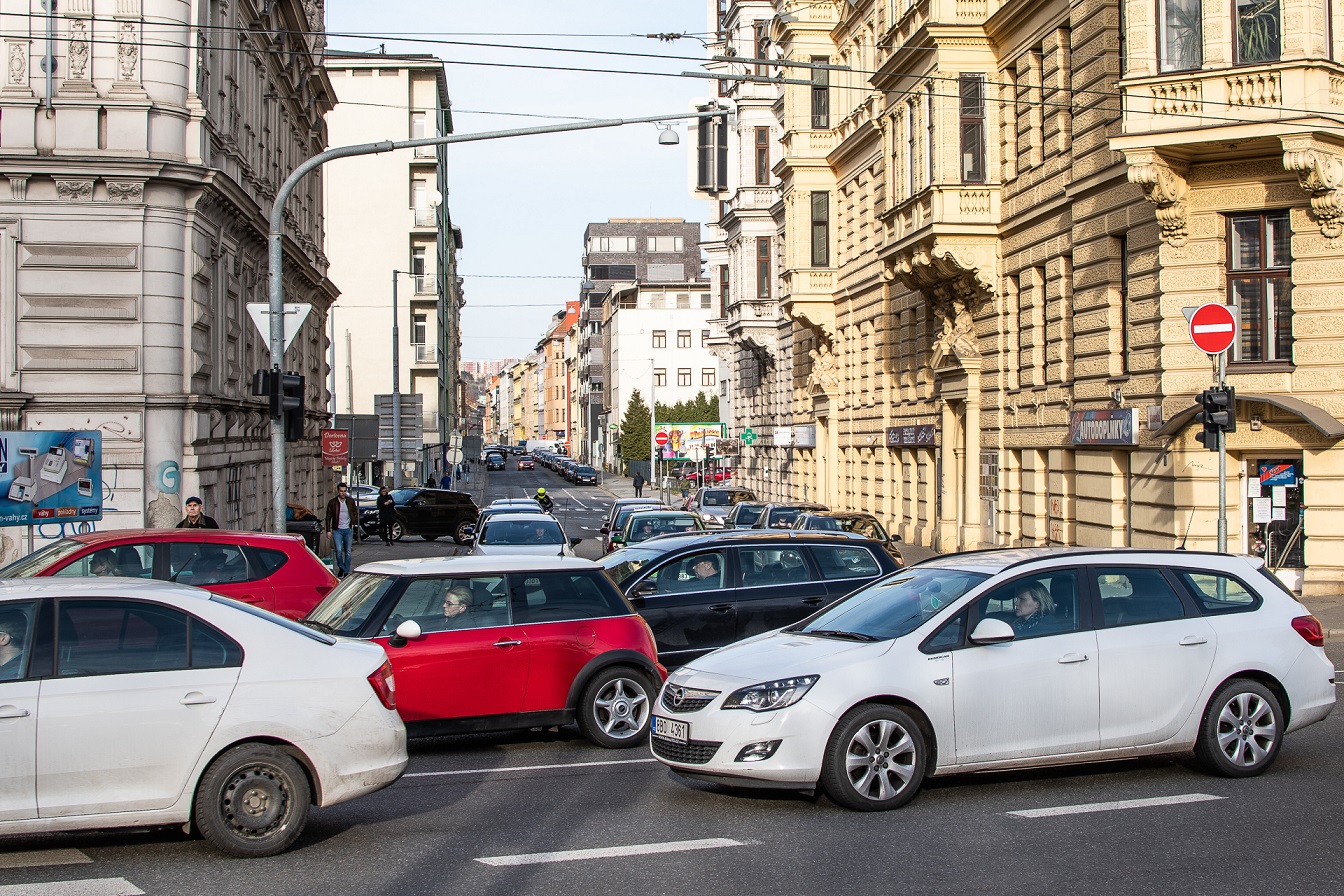 The new system, which will come into force on September 1st of this year, will tighten access to city center driving permits, with residents and commuting workers only allowed to drive in their own designated sub-areas. Restrictions will be lifted in certain streets to ensure access to the car park under Velky Spalicek. Photo credit: CG / Brno Daily.

Brno, Jul 2 (BD) – Brno City Council has announced a new system of traffic regulations for the 1-01 area, to reduce the flow of cars through the city center and increase safety for pedestrians. The plans will see the city center divided into seven “sub-areas”, with permission to enter by car granted to residents and commuting workers for their sub-area only. This should prevent most drivers using the city center as a thoroughfare.

Brno Mayor Markéta Vaňková explained the motivation behind the new rules: “I consider it intolerable that hundreds of cars every day use the route from Rašínova to the main railway station, endangering pedestrians in the pedestrian zone, who already have to watch out for passing trams. We want to take action against those who are using the historic core of Brno as a busy artery. An unprecedented volume of traffic has led us to stricter regulation of access to the center.”

The seven sub-areas designated by the new rules are:

From September 1st, residents or commuting workers who have a permit for one sub-area will be able to drive in that area only. The exception is Veselá, where restrictions will be lifted from September 1st to allow access to the underground car park at Velky Spalicek, meaning that drivers will be able to use Veselá, Dominikánská, Biskupská and Šilingrovo náměstí without restriction.

Petr Kratochvil (ODS), Council Member for Transport, said that most existing permits will expire on September 1st: “After that, it will be necessary to prove the purpose of your trip to the center, and permits will only be available for the sub-areas where you live, do business or need to carry out a necessary activity, such as moving. We will favour short-term permits, which allow entry for a specific reason, not indefinitely throughout the year.”

Some exceptions apply, allowing entry to all sub-areas without restriction, such as emergency services, deliveries, care and social services, suppliers to businesses (at specified times only) and registered taxis.

https://brnodaily.com/2020/07/02/brno/new-rules-will-restrict-road-traffic-in-brno-city-center/https://brnodaily.com/wp-content/uploads/2019/03/Brno-Traffic-Cars-Casadei-Graphics-1024x683.jpghttps://brnodaily.com/wp-content/uploads/2019/03/Brno-Traffic-Cars-Casadei-Graphics-150x100.jpg2020-07-02T13:07:05+02:00Jack StephensBrnoNewsBrno,Cars,TrafficThe new system, which will come into force on September 1st of this year, will tighten access to city center driving permits, with residents and commuting workers only allowed to drive in their own designated sub-areas. Restrictions will be lifted in certain streets to ensure access to the car...Jack Stephens jack.stephens50@gmail.comAuthorA writer and English teacher originally from London who has lived in Brno since 2011, interested in politics, low culture, and all things strange and/or Czech.Brno Daily

A writer and English teacher originally from London who has lived in Brno since 2011, interested in politics, low culture, and all things strange and/or Czech.
View all posts by Jack Stephens →
« NdB July: Premieres Abound in Coming Months
Almost Half of Women Over 65 In The Czech Republic Live Alone »