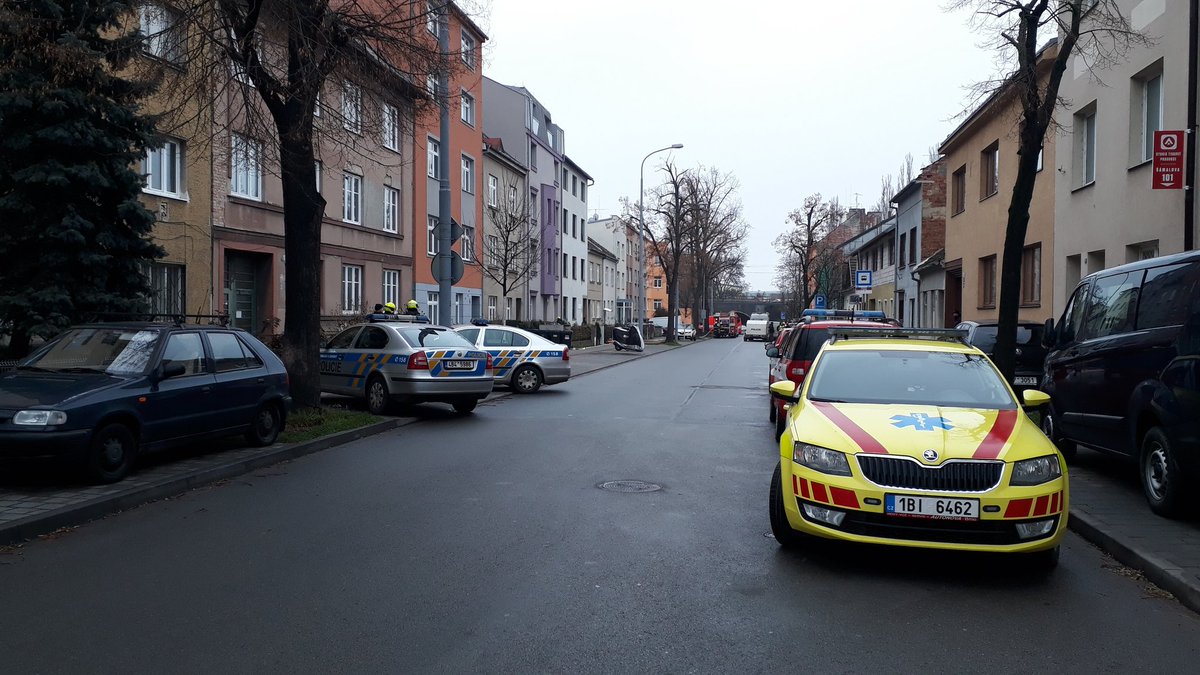 Police have closed Šámalova in Židenice to cars and pedestrians while specialized hazard police units investigate the possibility of toxic chemicals in the area. 25 residents have been evacuated. Photo: HZS JmK / Twitter.

Brno, Dec 9 (BD) [2:48 pm] – According to a tweet from the South Moravian Fire Service (HZS JmK) around Monday lunchtime, they are assisting police specialists investigating the site, and a mobile police chemical lab is at the scene.

Police called for specialist support after finding one man dead in a flat, with reason to believe that chemicals present at the scene posed a danger to the public. As a result, 25 people were evacuated from the area and the street was closed.

UPDATE [3:42 pm] – Specialized units from the police are at the scene with chemical experts from the fire service to evaluate the substances found in the area. The chemicals are being removed in order to be processed.

UPDATE [Dec. 10 at 11:10 am] – According to a tweet from the fire service, the evacuation of the local area was expanded during the night on the orders of the state police. 55 more people were evacuated, and transported by bus to the city district office at 2:30am, where comfortable chairs were provided for children and seniors. The police estimate that work at the site will continue until noon.

UPDATE [Dec. 10 at 4:30 pm] – According to police and fire service, Šámalova is safe. People have returned to their homes. The street has been reopened to vehicles.

https://brnodaily.com/2019/12/09/news/25-people-evacuated-in-zidenice-due-to-risk-of-toxic-chemicals-after-man-found-dead-in-flat/https://brnodaily.com/wp-content/uploads/2019/12/ELV9fdFW4AYgab6-1024x576.jpghttps://brnodaily.com/wp-content/uploads/2019/12/ELV9fdFW4AYgab6-150x84.jpg2019-12-10T18:34:59+01:00Jack StephensBreaking NewsCzech Republic / WorldBreaking News,Brno,NewsPolice have closed Šámalova in Židenice to cars and pedestrians while specialized hazard police units investigate the possibility of toxic chemicals in the area. 25 residents have been evacuated. Photo: HZS JmK / Twitter.Brno, Dec 9 (BD) - According to a tweet from the South Moravian Fire Service...Jack Stephens jack.stephens50@gmail.comAuthorA writer and English teacher originally from London who has lived in Brno since 2011, interested in politics, low culture, and all things strange and/or Czech.Brno Daily 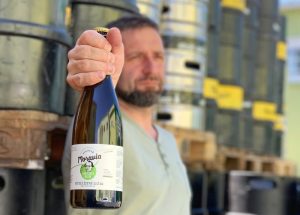 A writer and English teacher originally from London who has lived in Brno since 2011, interested in politics, low culture, and all things strange and/or Czech.
View all posts by Jack Stephens →
« Elderly Brno Woman Caught after Months of Keying Cars in Kralovo Pole
City of Brno Will Not Support Taxi Drivers’ Legal Action Against Uber »