I’ve heard said that your taste in music freezes in your mid-20s. That may be true.

I was a university student in the Seattle-area when “grunge” as it is known popularly (but never accepted by those in the scene) was all the rage. My four years in college mirrored the success of Nirvana — I started in the fall of 1990 when the local band was fighting for air time and I graduated a month after Kurt Cobain committed suicide in 1994. My first concert was Mötley Crüe; I saw Metallica and Guns N’ Roses several times in the Tacoma Dome; and gangster rap was my white, suburban, non-threatening form of rebellion.

I remember being shocked that older people could not understand why “Master of Puppets” or “Gin and Juice” were such masterpieces.

I still listen to all of these types of music. But now I am the one who is out of touch.

I have no idea what is popular today. I know Taylor Swift and Katy Perry through random pop cultural references. The only Bruno Mars song I can identify is his “Brushy Brush Your Teeth” duet with Elmo on Sesame Street. (Note to new parents: It really works!)

Frankly, I am okay with being square.

Let me explain. Sometimes I use Spotify to listen to Led Zeppelin or Bob Dylan. Bruce Springsteen days are common and I often have the urge to hear Bob Marley songs. Yet, more often than not, I go even further back, beyond classic rock all the way to classical music.

Perhaps it is a function of needing to cut out the conversations of an open-space office. Maybe it is because the melodies help smooth out my writing. Possibly it is because I would much rather be in a symphony hall or a theatre than in a rock-festival field or a dark club. More probably it has something to do with being in the center of Europe, where the ghosts of the heavyweights of classical music linger and you can feel the history of a young Mozart playing at Reduta on Zelený Trh and you can image the rough-draft compositions of Leoš Janáček drifting through open windows and out into Tyršův sad as he tightened down the different melodies.

You can imagine the premier of the ballet “Romeo and Juliet” a few weeks after Hitler had annexed the Sudetenland.

And, personally, I find it powerful to hear Smetana’s “Ma Vlast: Vltava” when it is played at the beginning of Run Czech half marathons. It fits so perfectly within the old Czech cities that it brings tears to your eyes.

Classical music just seems to stand the test of time.

For whatever reason, I have recently decided to listen to more and more classical music. Last year I found an old story on the Guardian newspaper website that listed the Top 50 operas and I have been going down the list. I didn’t think that I would enjoy it, but I look forward to the often-recongnizable flourishes that surprise me throughout the day.

Over the past year I’ve attended two operas, two ballets and a performance of by the Brno Philharmonic. I look forward to going to many more. It is an event in my schedule book to which I greatly look forward: dress up a bit; get some dinner beforehand; sit down and relax for a couple of hours; and let the music wash over you.

Both of these — listening to opera and attending local performances — will converge this Friday with an open-air concert in front of the Janáček Theatre. The program starts at 6 p.m. and entry is free.

The music is a compilation of famous pieces that connect to performances that will be staged this year.

The music will be performed by the Choir and Orchestra of Janáček Opera NdB, conducted by Marko Ivanović. Pavel Koňárek is the chorus master.

It will be something of a beginner’s guide to opera, including well-known melodies from “Carmen” by Georges Bizet and “The Barber of Seville” by Gioachino Rossini. “Don Carlos” by Giuseppe Verdi and “Madama Butterfly” by Giacomo Puccini are also represented, though they may not be as recognizable.

As for the local flavor, it is good to be able to recognize the music that was inspired by the area in which we live, so there will also be highlights from Bedřich Smetana’s “Libuše”; Leoš Janáček’s “The Cunning Little Vixen” and “Jenůfa”; and Antonín Dvořák’s “The Devil and Kate” and “Rusalka”.

Facebook Comments
https://brnodaily.com/2019/08/31/column/bruno-continuing-the-evolution-of-musical-taste/https://brnodaily.com/wp-content/uploads/2019/08/Janáčkovo-divadlo_Marek-Olbrzymek-1024x605.jpghttps://brnodaily.com/wp-content/uploads/2019/08/Janáčkovo-divadlo_Marek-Olbrzymek-150x89.jpg2019-08-31T07:30:42+02:00Bruno ZalubilColumnBrno,Brno Urban Guide,English-friendly,Events in Brno,Music,TheatrePhoto: Piazzetta of Jaáček Theater. Credit: Marek Olbrzymek, courtesy of NdB. I’ve heard said that your taste in music freezes in your mid-20s. That may be true. I was a university student in the Seattle-area when “grunge” as it is known popularly (but never accepted by those in the...Bruno ZalubilBruno Zalubilbzalubil@hotmail.comAuthorA connoisseur of the unpredictable and unscripted drama of sports.Brno Daily 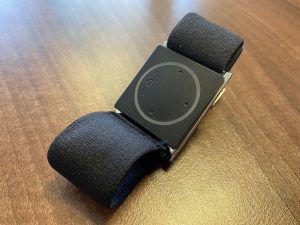 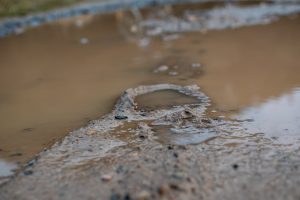 A connoisseur of the unpredictable and unscripted drama of sports.
View all posts by Bruno Zalubil →
« Big Shake Up in Fizzy Drinks
National Theater in Brno – English-friendly Drama, Opera and Ballet in September »