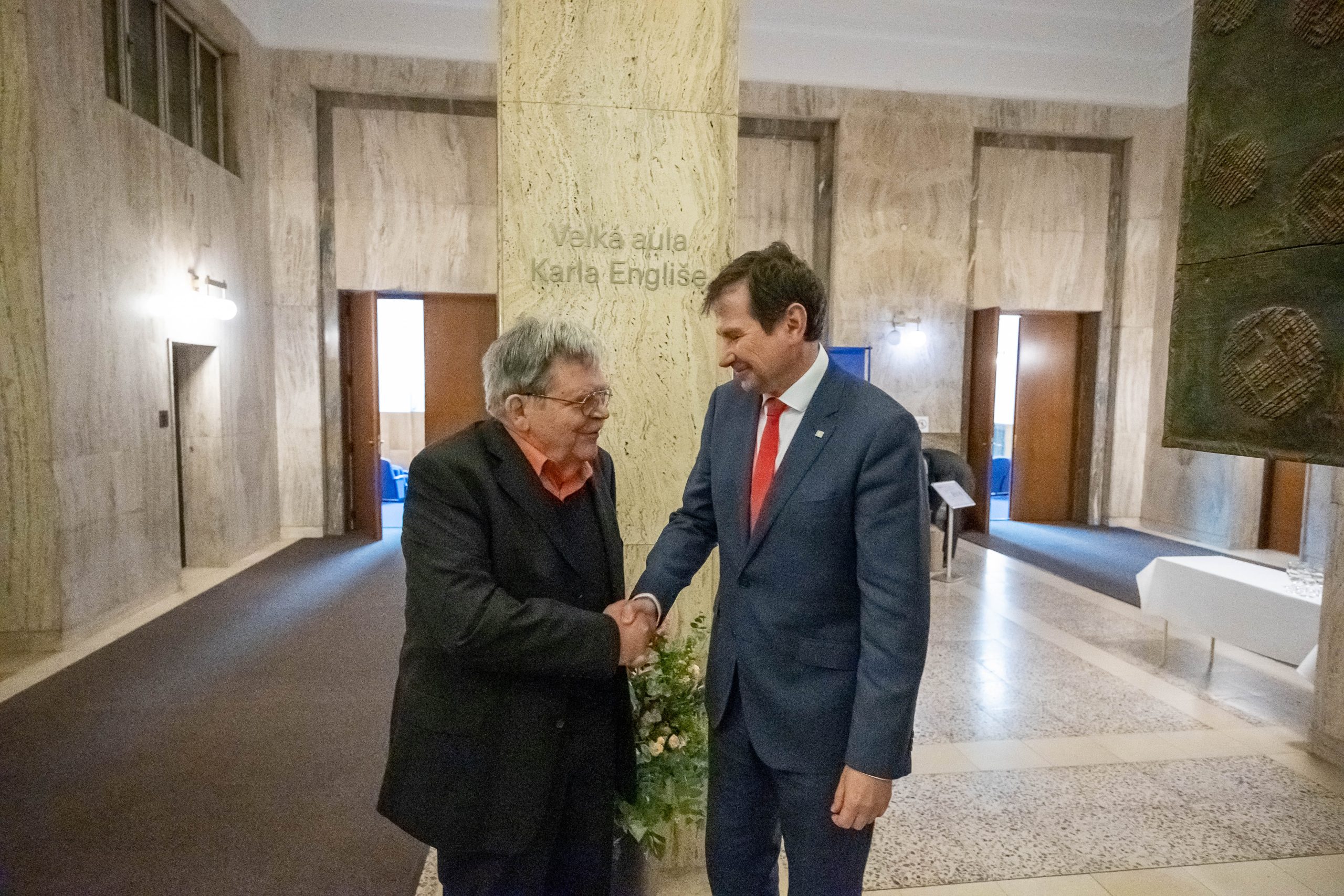 Brno, 25 Jan (BD)- The celebrations for the 104th anniversary of the foundation of Masaryk University took place on 24 January with the renaming of the Great Hall of the Faculty of Law as the Karel Engliš Great Hall.

“The past is important to remember, for without it there would be no present,” said MUNI rector Martin Bareš, unveiling the Hall’s new name. “We can be justly proud of our past, because it was shaped by extraordinary personalities whose legacy should be regularly remembered so that it never fades from our memory”.

Apart from being a national economist, lawyer, philosopher, political scientist, politician, and professor, Engliš was also the university’s first rector and worked alongside T.G. Masaryk to acquire the university insignia – the rector’s chain – and co-authored and co-presented the bill on the establishment of the second Czech University.

He was appointed Minister of Finance a total of six times, and is still the only Czech to have been the rector of two of the country’s largest universities. He also served as the governor of the Czechoslovak National Bank, but was forcibly retired and expelled from Prague by the communist regime after 1948. His books were removed from public libraries, and he was forced to live under the constant supervision of the StB with regular house searches in a small house in his native Hrabyně, while the communist regime deprived him of the right to food stamps and even denied him his pension for a period of time.

The ceremony also involved Engliš’s grandson František Plhoň, who was awarded the MUNI Bronze Medal for long-term activity and cooperation in commemorating his grandfather’s legacy, along with Jiří Blažek, founder of the Association of Karel Engliš Society of Friends.

“Grandfather suffered many hardships for his scientific and social truth, yet he never stopped believing that the truth would ultimately win in this sense as well,” said Plhoň. “Opava and Prague have their Englišova streets, and his hometown Hrabyně has the Karel Engliš school. I know that grandfather always felt at home and among his own in the places that now bear his name. I appreciate that Masaryk University has signed up in this way to his legacy.”

The book Memories was also named with the subtitle Who serves the country, does not expect rewards. The book is a compilation of Engliš’s unpublished memoirs, recorded over a period of over 40 years. Engliš wrote a total of 224 works, which have been translated into English, Spanish, French and many other languages, and as he states in the final passage of his text: “I want to live in my mind with the consideration of whether I have left behind ideas useful to science and practice. This will be judged by history and time unbiased.”