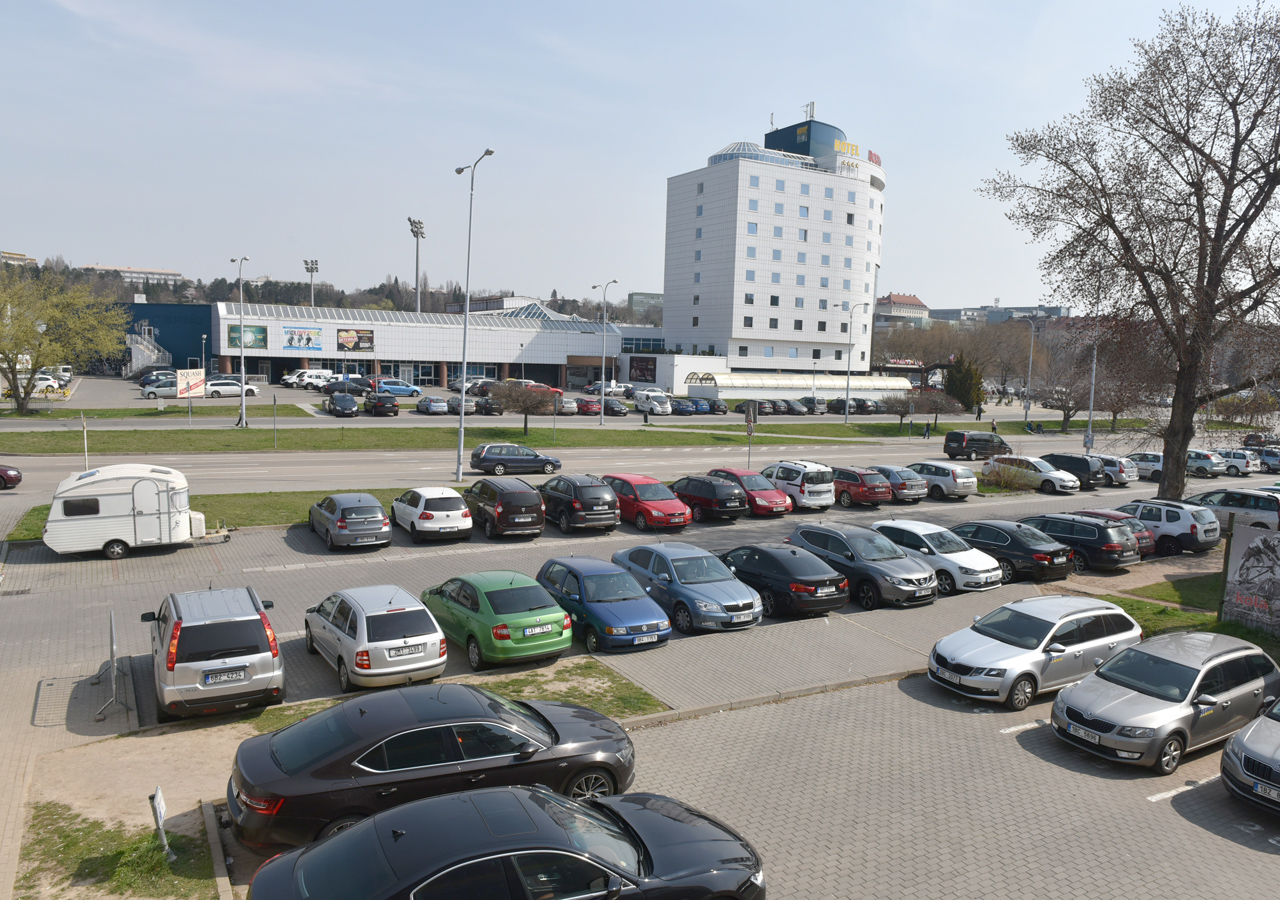 This area will also be developed by the city. Photo credit: Brno City Municipality.

Brno, Nov 9 (BD) – The Regional Court in Brno heard the appeal of CZECHCITY against the first instance verdict, which ruled that the City of Brno is the owner of the roads in the vicinity of the Lužánky football stadium. At a hearing on 8 November, the earlier decision of the Brno Municipal Court was upheld.

“It turned out that filing a determination action at the beginning of 2019 was the right step,” said the Mayor of Brno Markéta Vaňková. “The Regional Court in Brno confirmed the decision of the Brno Municipal Court and also our long-standing opinion that the roads around the Lužánky stadium are city roads. After years of disputes and uncertainty, we can start with the gradual development of this location.”

The long-running disputes with Libor Procházka’s companies have blocked the council’s plans for repairs and reconstruction of the Lužánky football stadium. The stadium still functions to some extent, hosting festivals, concerts, training sessions, and matches.

“The court has finally confirmed that the City of Brno is and always has been the owner of the roads in the area of the former Boby Centre and around the football stadium,” said Brno City councillor for property, Jiří Oliva. “The decision not to negotiate with Mr. Procházka but to let the dispute be resolved by an independent court proved to be absolutely correct.”

The City of Brno is the owner of the land in the Ponava locality. The disputes with CZECHCITY concern roads that were mostly built and placed on the land in the 1950s, then reconstructed in the 1970s, and subsequently repaired and modified in connection with Lubomir Hrstka’s construction activities. In the early 1990s, Hrstka built the Boby Centre hotel and other buildings on the premises of the Zbrojovka Brno football club. It was allegedly from Lubomír Hrstka that Libor Procházka, through his company, CZECHCITY, acquired the roads in question in 2010.

The core of the litigation is the legal assessment of whether Lubomír Hrstka became the owner of the roads on the basis of his construction activities, whether he transferred them to CZECHCITY, and whether the roads in question can be separated from the land on which they are located. The site is currently in poor condition, affecting not only the football stadium, which is scheduled for demolition, but also other buildings and areas. The City of Brno wants to redevelop the entire site, and is planning to upgrade Drobného and Sportovní. However, these efforts have until now been blocked by Libor Procházka, who objects to the construction procedures and seeks to restrict passage through the roads.

In response to Libor Procházka’s objections and proposals, the administrative authorities (primarily the construction office) suspended the proceedings pending before them on the grounds that they did not have the relevant jurisdiction, and invited the City of Brno and CZECHCITY to file lawsuits to establish ownership rights. The City of Brno complied with the invitation, and in spring 2019 filed a claim for determination through the law firm AK HKR.

In April 2021, the Brno Municipal Court ruled that the roads in question were the property of the city. CZECHCITY appealed against this decision to the Regional Court in Brno, but this appeal has now been definitively denied.

https://brnodaily.com/2022/11/09/brno/regional-court-confirms-city-of-brnos-ownership-of-roads-around-luzanky-stadium/https://brnodaily.com/wp-content/uploads/2022/11/parking-lot-1-1024x720.jpghttps://brnodaily.com/wp-content/uploads/2022/11/parking-lot-1-150x105.jpg2022-11-09T09:52:27+01:00Bing NiBrnoNewsBrno,NewsThis area will also be developed by the city. Photo credit: Brno City Municipality. Brno, Nov 9 (BD) - The Regional Court in Brno heard the appeal of CZECHCITY against the first instance verdict, which ruled that the City of Brno is the owner of the roads in the vicinity...Bing NiBing Nibingni1992@gmail.comAuthorPh.D student in Communication Studies, a hopeless cinephile and frontier culture fanatic and fussy music appreciator.Brno Daily