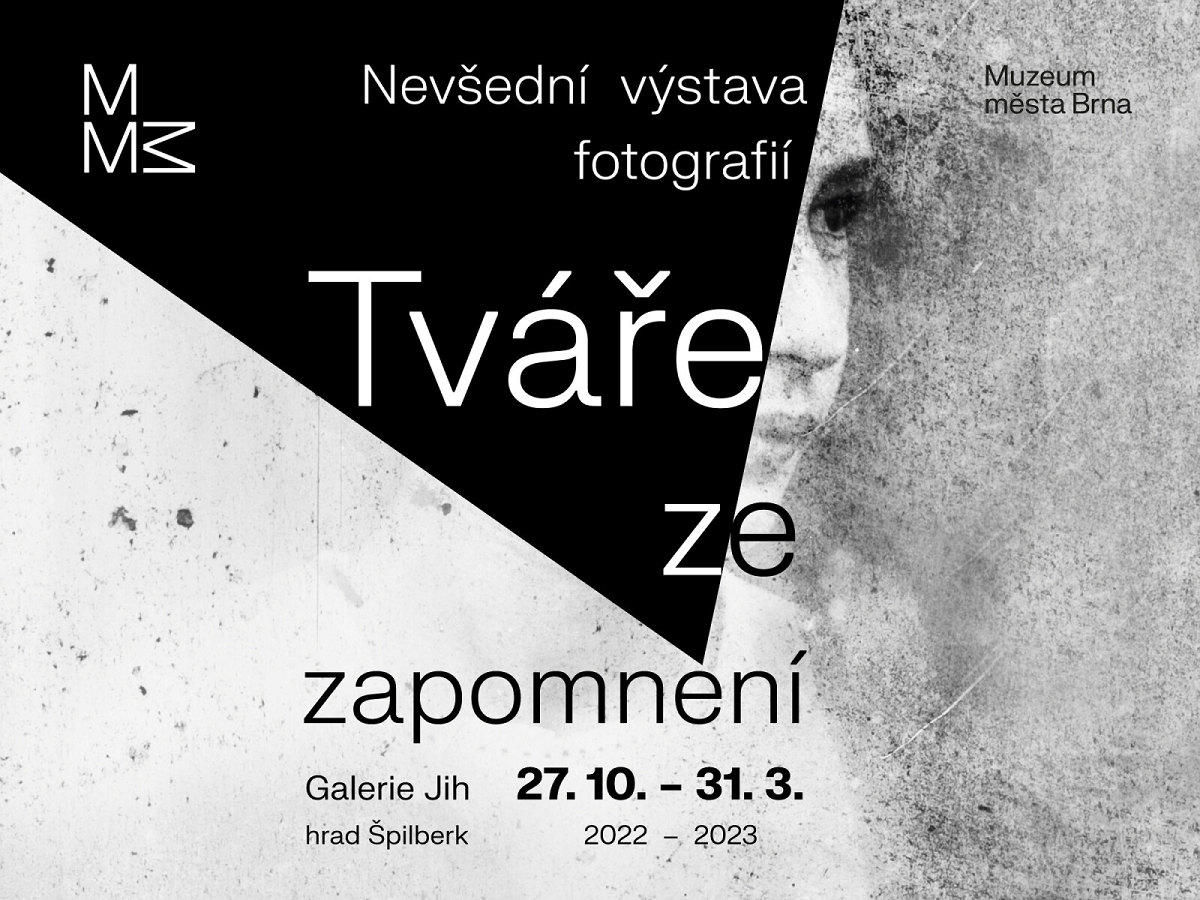 Brno, Oct 20 (BD) – Brno City Museum will immortalise mysterious photographic negatives in a new exhibition “Faces from Oblivion”, on display from 27 October 2022 in the South Gallery of Špilberk Castle. Visitors will have the opportunity to peek behind the curtain of the forgotten lives of people living at Vlhká 19 in Brno, and also learn about the interesting story of Otto Kohn, who settled in Brno during the occupation of the borderlands.

At the beginning of 2018, the Brno City Museum acquired a set of glass photographic negatives from the first third of the 20th century, found in the attic of Vlhká 19. The author of the photographic images was probably one of the inhabitants of the house, where, according to the 1900 census, over 120 people lived, most of them Germans or German-speaking Jews. Some of the photographs have a strong nostalgic-emotional charge, as they depict up close and very vividly the faces of the people who lived there together and who, at the time the photos were taken, had no idea of the suffering and hardship that awaited many of them.

“What makes this exhibition unusual is that a certain degree of damage from the ‘ravages of time’ gives the photographs on display a special charm. The impressiveness of the images is enhanced by the fact that they are not classic portrait photographs taken at that time, usually in the typified environment of photo studios,” said Zbyněk Šolc, director of the Brno City Museum.

This “treasure from the attic” is the centre of the first part of the exhibition. The photos have been blown up on large-format panels with little editing, to retain the marks of time.

The second part of the exhibition are photographs and documents from the estate of the Otto Kohn family, who left Teplice in 1938 when the border area was occupied and settled in Brno. Here the Kohn family tried to obtain the right to their home and tried in vain to emigrate to Shanghai. These objects were also discovered decades later, as they were found in 2015 in the attic of a house at 4 Antonín Slavík Street.

“Some old photographs show people that no one recognises anymore, and yet this illusion of frozen time can be even stronger,” said Šolc. “One of the charms of photography is that it gives the observer the opportunity to recall moments that have long since passed or recently passed.”

Ph.D student in Communication Studies, a hopeless cinephile and frontier culture fanatic and fussy music appreciator.
View all posts by Bing Ni →
« We Are The Night Part XII: Jan Faltys of Fuchs2
Four New Drinking Fountains To Be Installed In Brno Thanks To Participatory Budgeting  »