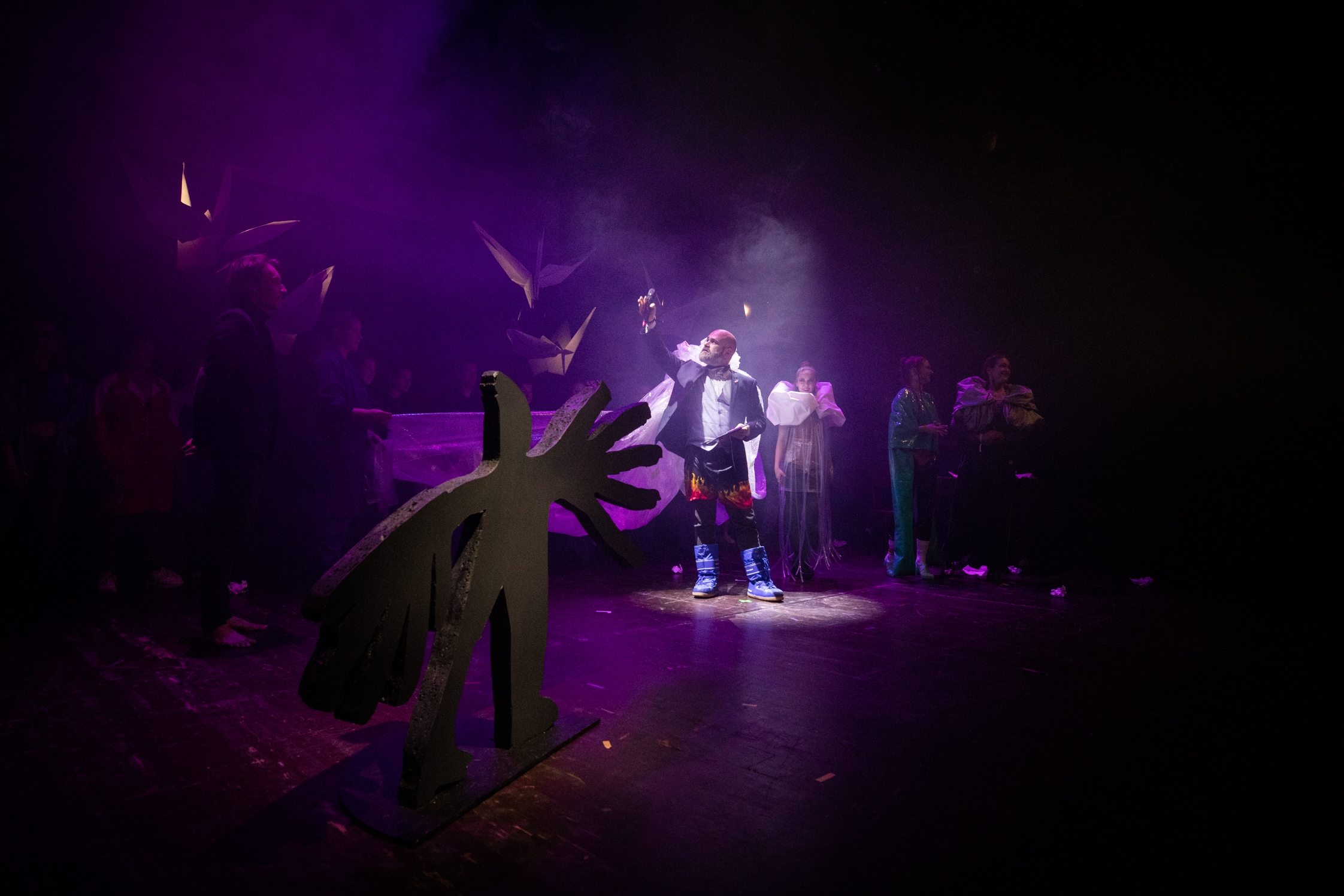 A total of nine universities and schools, including the organisers from the Janáček Academy of Performing Arts (JAMU) presented their theatrical work as part of the main program of this year’s SETKÁNÍ / ENCOUNTER, Brno’s long-running and prestigious festival of theatre schools. Brno audiences had the opportunity to see productions from Slovakia, Poland, Switzerland, Germany, Great Britain, Austria and the Czech Republic. Photo credit: Jan Fuchs

Brno, April 4 (BD) – In addition, the organisers presented a new dramaturgical theme entitled “Blindspot”, which provided space for the presentation of physical and non-verbal theatre. This year, schools from the Czech Republic and Slovakia participated with two selected performances. The festival program also featured creative workshops, and allowed visitors to experience Brno in an unconventional way in the form of an audiowalk.

The accompanying program also featured music, which took place in Brno’s clubs including Kabinet múz. The closing ceremony was held at the traditional location of the Goose on a String Theater, where the jury prizes were awarded. This year, the professional jury consisted of: the set designer and Artistic Director of the Prague Quadrennial, Markéta Fantová (Czech Republic); director and actor Luca Vassos (Italy); theatre director and pedagogue Davide Giovanzana (Switzerland), and puppet actress and director Kata Csató (Hungary), which is behind the freeSzfe initiative.

There were also a number of discussions about the performances themselves during the festival week. The organizers also included a completely new dramaturgical concept, ENC: TALK, during which each juror presented a close, professionally oriented topic relevant to today’s audience, giving viewers an insight into their expertise. The #freeszfe discussion platform allowed contributors to respond to the current social and political situation at art colleges in Hungary.

The festival operates with the financial support of the International Visegrad Fund, the City of Brno, the Czech State Fund for Culture, and the Brno-Stred District. The main media partner is Czech Television. Photo credit: Dominika Prášková.

https://brnodaily.com/2022/04/04/brno/32nd-encounter-international-festival-of-theater-schools-took-place-in-brno-this-weekend/https://brnodaily.com/wp-content/uploads/2022/04/TheClosingCeremony_Jan_Fuchs2-1024x683.jpghttps://brnodaily.com/wp-content/uploads/2022/04/TheClosingCeremony_Jan_Fuchs2-150x100.jpg2022-04-04T16:15:02+02:00Julie ChretienBrnoNewsBrno,Encounter,Events in Brno,News,TheatreA total of nine universities and schools, including the organisers from the Janáček Academy of Performing Arts (JAMU) presented their theatrical work as part of the main program of this year's SETKÁNÍ / ENCOUNTER, Brno’s long-running and prestigious festival of theatre schools. Brno audiences had the opportunity to see...Julie Chretien julie.chretien29@gmail.comAuthorA 21 year-old French student currently doing a Master's degree in management and communication in Lyon, France. Always thrilled to learn about new cultures and languages, and also, big fan of foods. Loves cats and karaoke night with friends.Brno Daily

A 21 year-old French student currently doing a Master's degree in management and communication in Lyon, France. Always thrilled to learn about new cultures and languages, and also, big fan of foods. Loves cats and karaoke night with friends.
View all posts by Julie Chretien →
« Tickets Go On Sale For Theatre World Brno Festival, Now English-Friendly For The First Time
“Gardens of the Rabinovich Monk” Exhibition By Viktor Pivovarov To Open 5 April At Brno House of Arts »