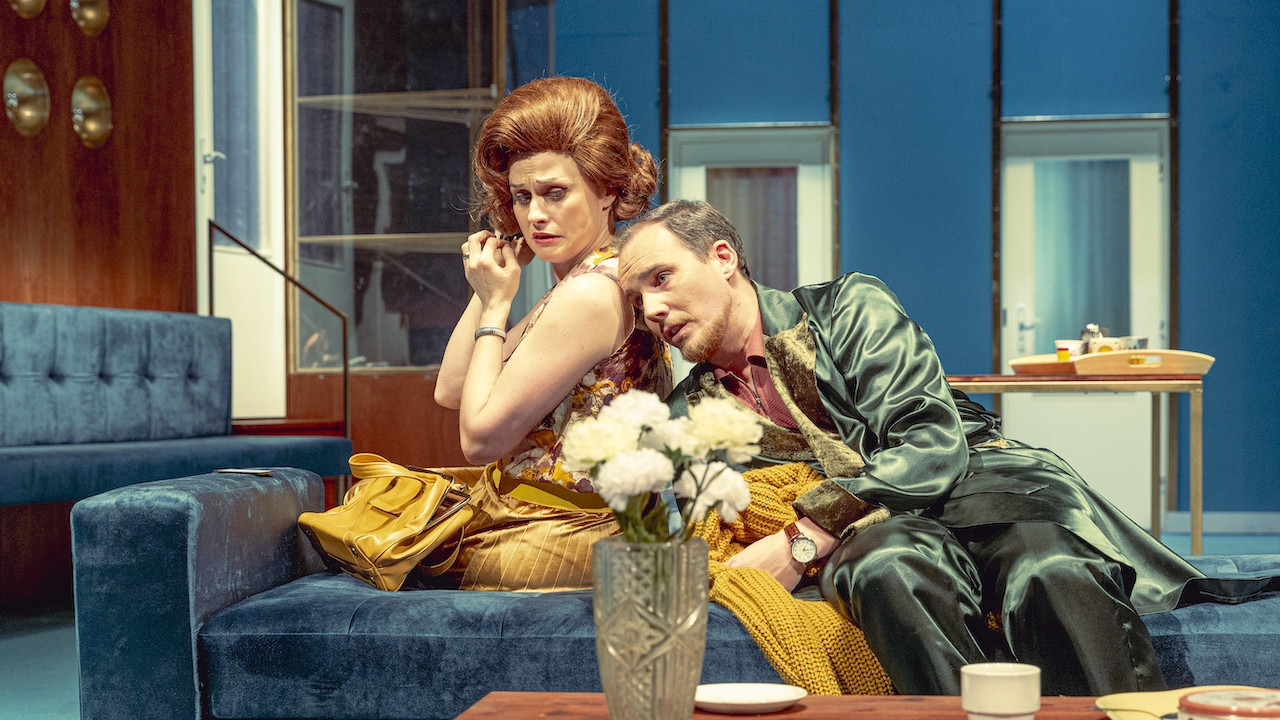 Tonight, February 11th, is the opening night of “The Increased Difficulty of Concentration” by Václav Havel at the Reduta Theatre. The play is being staged for the 5th time at the NdB. The play deals with the human condition and the difficulty of the main character Huml to not get lost in his thoughts and thus to not lose himself. Photo credit: Patrik Borecký

Brno, Feb 11 (BD) – A new production of Vaclav Havel’s “The Increased Difficulty of Concentration” will be staged by the drama department of the Brno National Theatre (NdB). The fast-moving comedy features distinctive costumes and set designs in the same spirit as the time of the play’s creation. Directed by Martin Glaser, this is the fifth time the play has been staged at NdB. The opening night is February 11th at the Reduta Theatre.

Václav Havel’s comedy was written in 1968 for Na zábradlí Theatre. Although it deals with a modern innovation – an intelligent computer – and therefore satirises pseudo-science, the central theme is the human condition, perceived through the mechanical repetition of the same task and the constant refusal to solve a problem. Eduard Huml, the main character, is a scientist, unable to decide between his wife and his lover. His condition is that of a man whose mind loses the ability to conceptually strive for something, or even to orient itself in time. The character loses sight not only of place and time, but also of the meaning of his existence.

“In a sense his plays are really “difficult”, because they will only entertain those who want to keep their brains engaged while watching them,” said director Martin Glaser, of Václav Havel. “But at the same time he is a true and fully committed theatre-maker. He offers perfect comic situations, accurately observed human characters, perfect knowledge of how a theatre functions, he knows the principles of drama and comedy by heart, and offers us his distinctive take on ancient and functional genres. And because he is truly an author of genius, he adds his own particular touch to the edifice of his predecessors who developed drama and comedy centuries before him.”

https://brnodaily.com/2022/02/11/events-in-brno/reduta-theatre-presents-havels-the-increased-difficulty-of-concentration/https://brnodaily.com/wp-content/uploads/2022/02/2-2-1024x576.jpghttps://brnodaily.com/wp-content/uploads/2022/02/2-2-150x84.jpg2022-02-11T13:58:00+01:00Elisa PintonArt & CultureBrnoEvents in BrnoNewsBrno,Culture,Events in BrnoTonight, February 11th, is the opening night of “The Increased Difficulty of Concentration” by Václav Havel at the Reduta Theatre. The play is being staged for the 5th time at the NdB. The play deals with the human condition and the difficulty of the main character Huml to not...Elisa Pinton pintonelisa33@gmail.comAuthorFrench intern studying communication, management, marketing and event coordination. Always motivated to discover new places, try new food specialties and learn new things. Driven by passion and organization. Books, movies and dogs lover.Brno Daily