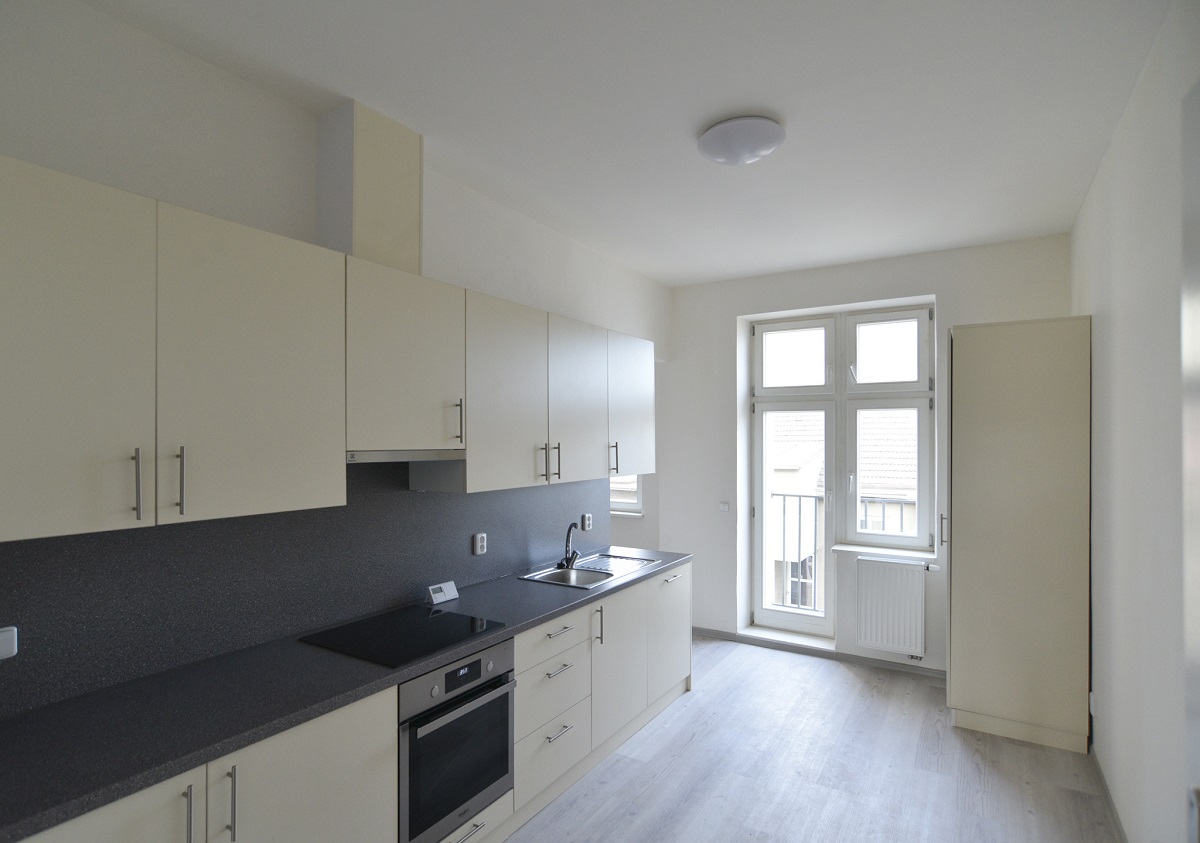 Following the success of five existing shared apartments for senior citizens on Zámečnická, the City of Brno has completed renovation of another flat on Moravské náměstí. The flats are intended for people over the age of 60 who are currently living in inadequate or insecure housing, or are at risk of losing their homes. Photo credit: Courtesy of MMB.

Brno, Feb 18 (BD) – In January, the City of Brno completed the renovation of a three-room, 100 square metre apartment on Moravské náměstí for use as shared accommodation for seniors, joining the five existing flats on Zámečnická. Renovation of the flat took four months, at a cost of CZK 1,428,484, before being handed over to the Brno-střed District to be allocated to elderly tenants.

“Shared flats are an economical form of affordable housing for the elderly, which we offer to the elderly as an alternative to group housing in homes or boarding houses,” said the Mayor of Brno, Markéta Vaňková (ODS). “It is primarily intended for people over the age of 60 who live in inadequate or insecure housing, such as staying temporarily with relatives or friends or in non-residential premises, or who are at risk of losing their homes. At the same time, it is a great option for those who feel lonely and would like to live in the company of other people while maintaining basic privacy. All existing shared flats for seniors are fully occupied and other prospective tenants are on the waiting list, so these empty rooms on Moravské náměstí will certainly welcome new residents soon.”

The city made the first such apartment on Zámečnická available to tenants in 2016, and since then four more units have been added in the same building, containing a total of 24 rooms, including three double rooms. The apartment on Moravské náměstí will be the first shared flat for seniors outside of the building at Zámečnická 2. All bedrooms in the shared apartments are private, with a common area for sharing free time, reading, watching TV, dining together, or chatting.

“There is a great demand for senior housing in Brno, far exceeding the supply. We are trying to meet it by renovating existing apartments and building new ones,” said Jiří Oliva (ČSSD), Deputy Mayor for Housing and Property Management. He mentioned as examples flats for seniors on Vojtova that were completed last year, a newly approved development on Pod Nemocnicí, and further planned construction in Holásky and on Vejrostova. “Shared housing for seniors is excellent as one apartment will satisfy the needs of several people, and at the same time it will use spacious apartments in the center, which are otherwise harder to occupy with people from the normal waiting list,” he added.

The city district will now lease the apartment to the Center for Social Services, which operates the shared housing scheme. Applicants can either apply in person at Zámečnická 2, or online via the Center for Social Services website. They must provide a certificate from their GP declaring that they are able to live independently, are self-sufficient, and do not depend on regular assistance from another person. They are then awarded points according to certain criteria and placed on the waiting list, which currently has 28 people on it, according to Robert Kerndl (ODS), Deputy Mayor for Social Affairs.

Shared housing for seniors has been available for many years in several European countries, with varying degrees of privacy, but Brno is the first municipality in the Czech Republic to offer it, based on the model used in Vienna. A similar scheme is in operation for employees of Brno hospitals, with 14 flats available on Masarykova, Údolní and Kobližná.

https://brnodaily.com/2021/02/18/brno/one-more-apartment-added-to-successful-shared-housing-scheme-for-seniors/https://brnodaily.com/wp-content/uploads/2021/02/senior-apartment-brno-credit-Courtesy-of-MMB-5-1024x719.jpghttps://brnodaily.com/wp-content/uploads/2021/02/senior-apartment-brno-credit-Courtesy-of-MMB-5-150x105.jpg2021-02-18T15:35:07+01:00Jack StephensBrnoAccommodation,Brno,SeniorFollowing the success of five existing shared apartments for senior citizens on Zámečnická, the City of Brno has completed renovation of another flat on Moravské náměstí. The flats are intended for people over the age of 60 who are currently living in inadequate or insecure housing, or are at...Jack Stephens jack.stephens50@gmail.comAuthorA writer and English teacher originally from London who has lived in Brno since 2011, interested in politics, low culture, and all things strange and/or Czech.Brno Daily

A writer and English teacher originally from London who has lived in Brno since 2011, interested in politics, low culture, and all things strange and/or Czech.
View all posts by Jack Stephens →
« Growing Support Among Czechs For Vaccination Against Covid-19
Pandemic Law and Compensation Deal Approved by Chamber of Deputies »