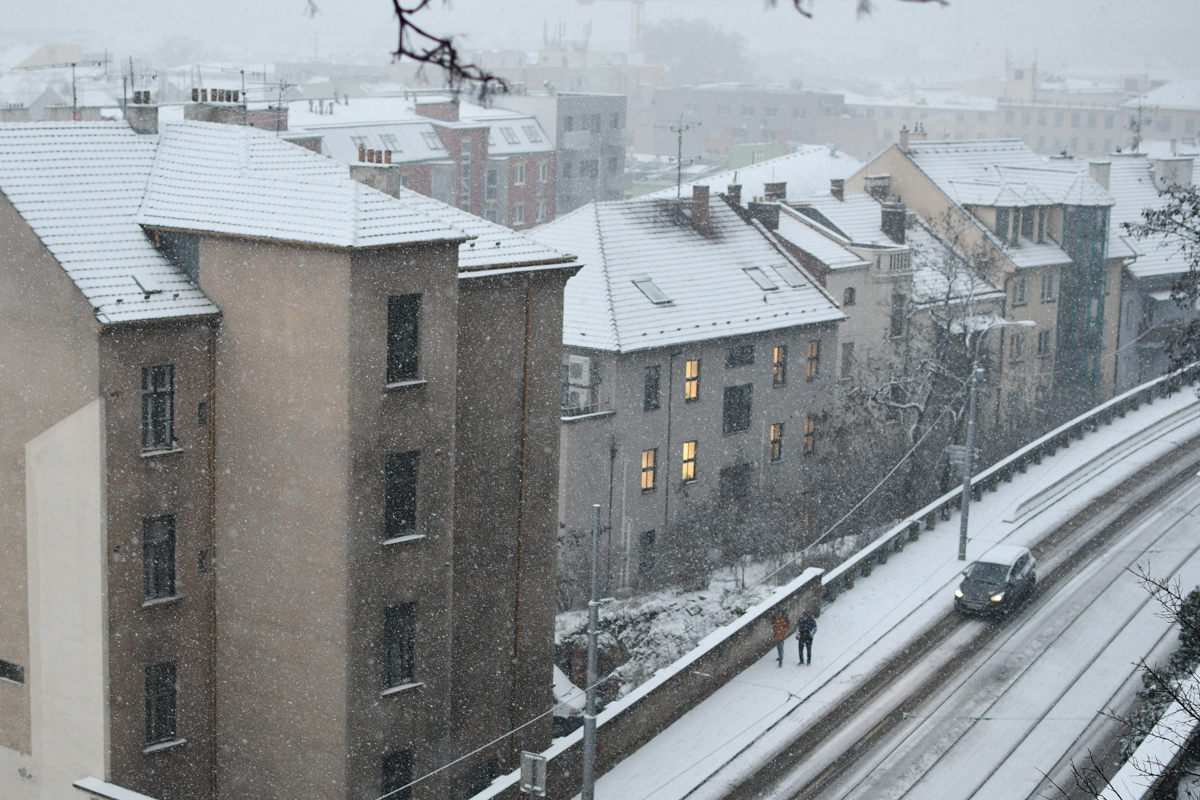 A warm front will arrive in the Czech Republic on Tuesday, with a gradual increase in temperatures from the freezing cold temperatures experienced this past weekend. Caution is advised on roads as ice is expected until at least Friday. Photo credit: KB / BD.

Czech rep., Jan 18 (BD) – Cloudy to overcast skies have been forecast all this week ín the Czech Republic by the Czech Hydrometeorological Institute (CHMI). Less snowfall is expected this week, but instead, rain with snow and freezing rain will fall, increasing the chances of ice forming on roads.

Freezing cold temperatures were experienced on Sunday night, with lowest temperatures of -26.2°C recorded by meteorologists in Orlické Záhoří in the Rychnov region at 5:30am. The weather forecast this week predicts temperatures to rise until Wednesday, then remain stable.

Tuesday will bring occasional snowfall in the morning. Snow will return from the west in the afternoon and evening, precipitation will decrease later and give way to occasional fog and frost. Daily highs will be between -3 and +1°C and nightly lows will range from 0 to -4°C and from -4 to -8°C in the northeast.

Wednesday forecasts occasional drizzle, fog, frost and freezing precipitation, initially rain with snow in the northeast. Cloud cover will gradually lift from the southwest. Warmer temperatures are expected with daily highs of 3 to 7°C and nightly lows of +1 to -3°C with occasional frost or ice.

On Thursday, the skies will be partly cloudy at times. Fog and freezing conditions are forecast in some places, especially in the south of the country. Drizzle will fall occasionally and later rain in the west. Warmest temperatures in the day will be from 0 to 4°C and up to 7°C in areas with low cloud coverage. Nightly lows are expected to be between +2 and -2°C.

Friday predicts occasional light rain or drizzle in some places and rain with snow later in Bohemia in areas above 1000m. Fog and frost is expected, especially in the south. The highest daily temperature will be from 1 to 5°C with nightly lows of +2 to -2°C.

The weekend will bring partly cloudy skies, rain or showers in some places and occasional snow in the mountains with snow to fall gradually even in midland areas. Highest daily temperatures will range from 0 to 5°C with lowest nightly temperatures between +2 to -2°C.