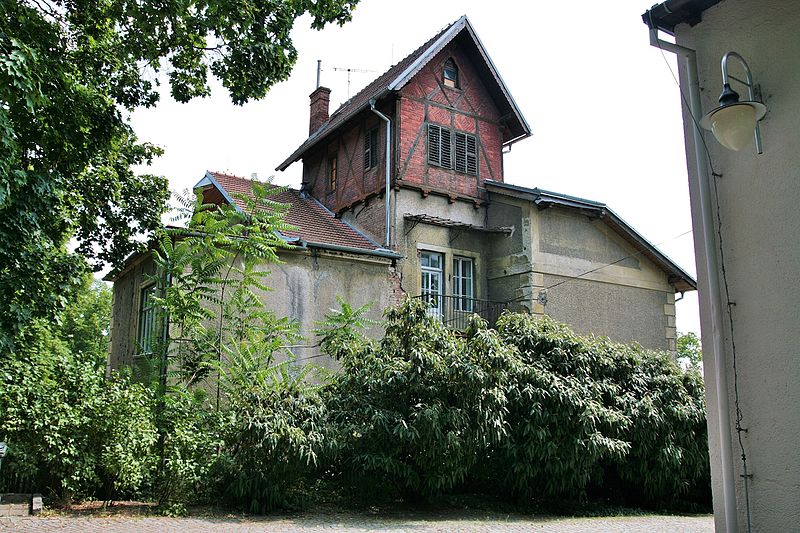 Brno, Mar 22 (BD) – Brno City Councillors today approved a land exchange plan with the Czech Academy of Sciences, which will allow work to continue on the renovation of Vila Arnold in Černá Pole. In a study of the ongoing renovation works by Atelier 99, land owned by the Academy was identified as the most appropriate location for access roads and parking spaces at the villa, which are a required part of the “Rescue and Rehabilitation of Vila Arnold” project.

“The exchange of land with the Czech Academy of Sciences is the rolling of the last stone that was blocking the application for a grant from the Norwegian Fund. It is necessary to obtain the building permit issued for the application. According to the available information, the call for applications will probably be announced in June this year, and therefore it is necessary to finish the preparations as soon as possible,” said Petr Hladík, First Deputy Mayor (KDU-ČSL).

The exchange relates to land in ​​Pisárky owned by the City of Brno and land in ​​Černá Pole owned by the Academy’s Institute of Geonics. The city districts of Brno-North and Brno-Jundrov have also approved the exchange. The City and the Academy also signed a mutual cooperation deal that the exchange will take place no later than June of this year, and that the Institute of Geonics will approve the final construction plan.

Vila Arnold was built in 1862 on a large plot of land next to Drobného Street, designed and built by the first owner, builder Josef Arnold. At the beginning of the 20th century it was expanded and adapted into an Art Deco style with Art Nouveau elements. From 1952 the villa housed a nursery school, for the next six decades. In 2010, the villa was declared a cultural monument, but it is in a poor technical condition, and extensive reconstruction is currently underway. The city district of Brno-North concluded a contract with the project documentation contractor in October last year.

https://brnodaily.com/2019/03/22/news/city-of-brno-and-czech-academy-of-sciences-sign-land-exchange-deal-to-help-save-vila-arnold/https://brnodaily.com/wp-content/uploads/2019/03/arnoldova-villa-brno.jpghttps://brnodaily.com/wp-content/uploads/2019/03/arnoldova-villa-brno-150x100.jpg2019-03-22T11:21:01+01:00Jack StephensCzech Republic / WorldArchitecture,Brno,News,Urban PlansAt the same time, the City and the Academy signed a mutual cooperation agreement that will see the Academy assist with the renovation of the building. Photo: Martin Strachoň / Wikimedia Commons. , via Wikimedia Commons. Brno, Mar 22 (BD) - Brno City Councillors today approved a land exchange plan...Jack Stephens jack.stephens50@gmail.comAuthorA writer and English teacher originally from London who has lived in Brno since 2011, interested in politics, low culture, and all things strange and/or Czech.Brno Daily

A writer and English teacher originally from London who has lived in Brno since 2011, interested in politics, low culture, and all things strange and/or Czech.
View all posts by Jack Stephens →
« Tesco Building Nearby Hlavni Nadrazi to be Demolished
Video: Car Chase Ended After Shooting in Brno »