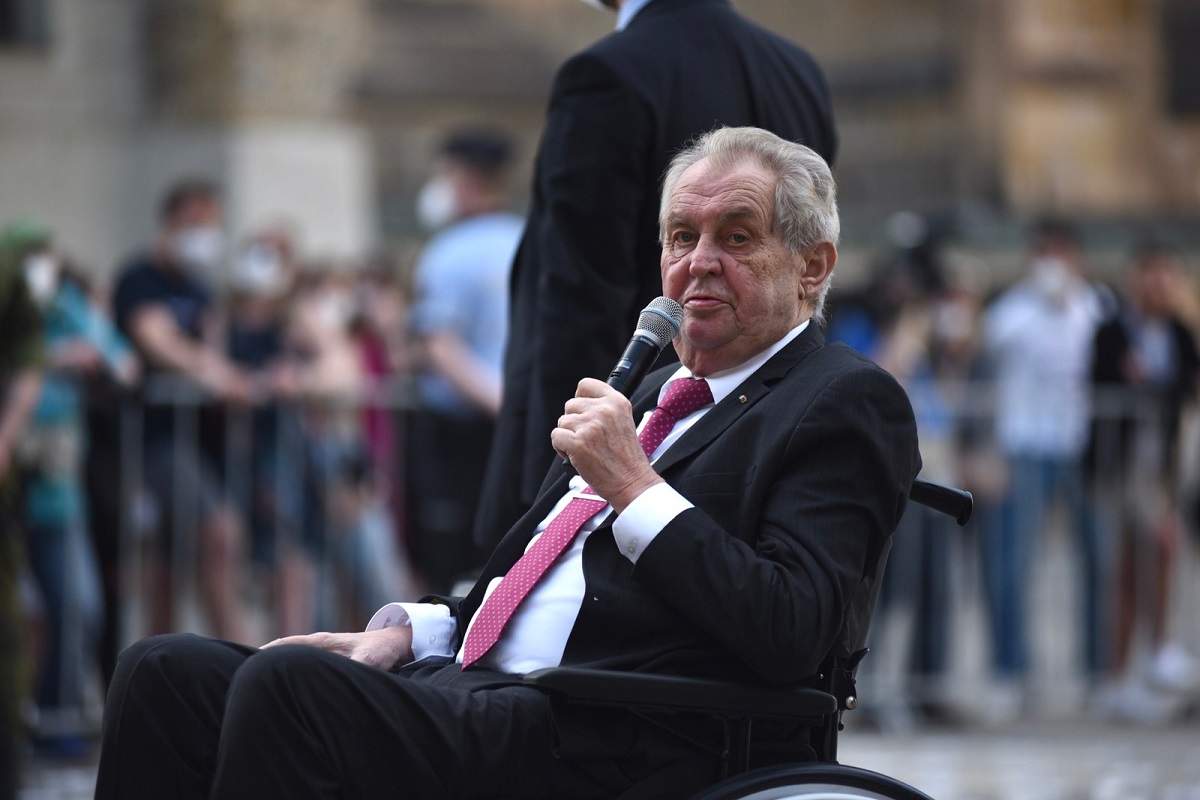 Zeman and Duda met in Nachod, in the Hradec Králové Region. Photo credit:hrad.cz.

Nachod, Jan 25 (CTK) – After meeting Polish President Andrzej Duda yesterday, Czech President Milos Zeman asserted that the Czech Republic would fulfil its NATO commitments if its allies were attacked, and insisted that the words of presidential candidate Andrej Babis had been taken out of context when he appeared to say the Czech Republic would not come to Poland’s defence.

At their joint press conference, Duda put the blame for Babis’s statement on the overheated atmosphere before the final round of the presidential election, something he said he had also experienced when running for Polish president.

Zeman said that if Poland, the Baltic countries or any other NATO country were attacked, the Czech Republic would help, and not only because of the alliance. He added that it would be evident in such a case that the aggressor was Russia. “Due to the bonds of the alliance, but also for self-preservation reasons, we would naturally be obliged to help, and we would even do it gladly,” Zeman said.

He mentioned the ongoing election campaign in connection with the controversial comments by former PM Babis in Sunday’s televised debate with his rival. presidential candidate Petr Pavel, a former high representative of the Czech military and NATO.

“At our meeting, I defined the campaign as a civil war of its kind. Some statements, which may have been shorn of their context, have the effect of a fuse,” Zeman said.

He warned against pre-election hysteria. He stressed that the question addressed to Babis by the debate moderator was hypothetical, and that the Babis cabinet (2017-2021) had contributed to the deployment of Czech units in the Baltic area.

“A mere year ago, I would have also labelled the question about our helping Ukraine hypothetical, for the simple reason that no one expected a Russian attack on Ukraine, but it occurred nonetheless,” Zeman said.

Duda emphasised that Babis had answered a theoretical question, while the obligations stemming from the NATO treaty are practical and binding.

“A presidential campaign is a political duel of one against another at the top level, involving huge emotions that culminate in the [pre-election] debates,” he said.

In Sunday’s debate on Czech Television, Babis was asked whether the Czech Republic should meet its commitments and send soldiers, for example, to Poland or the Baltic states if they were attacked.

“Well, definitely not. I think it is necessary to speak of peace,” Babis responded, adding that he wants peace and “by no means would I send our children and the children of our women to war.”

His words were met with criticism at home and abroad.

Babis later told CTK that he had not challenged NATO’s principle of collective defence, but had just not wanted to imagine a Third World War. He said that politicians must strive for peace and prevent war, and suggested that the question had been a provocation on the part of the TV host.

Duda also reacted to Bulgarian President Rumen Radev’s statement that the sending of weapons to Ukraine was like using petrol to tackle a fire.

“In the past, the president was an air force commander. From my own experience I know that if a general is asked about supplying army equipment to a foreign country, the question always brings tears to his eyes,” Duda said jokingly. He added that no soldier wants to be stripped of weapons and that this is usually easier for politicians.

Zeman, for his part, commented on developments in the Czech election, in which Petr Pavel criticised his rival candidate Andrej Babis’s campaign for fueling conflict in society. Babis, meanwhile, announced he was stopping his contact campaign over threats addressed to him, and has asked for temporary police protection.

“Every politician must reckon with not being loved by 100% of the country’s inhabitants, and that some not only do not love him but hate him. Of course, this is true of the inhabitants of any country,” said Zeman, adding that a politician must react to this calmly and also with a smile, if possible. “Sometimes they boo you off, sometimes they pelt you with eggs. Once they even pelted me with baguettes…You can see that I survived it,” Zeman said.