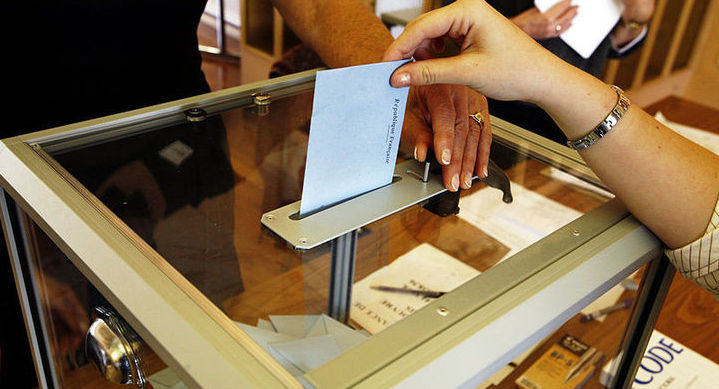 Pavel and Babis emerged the most successful from this weekend’s first round of the presidential elections. Photo credit: Freepik.

Prague, Jan 16 (CTK) – Opposition ANO leader and ex-PM Andrej Babis clearly prevailed in the first round of the Czech presidential elections in towns with a higher incidence of poverty and debt collection, and with lower levels of education and socio-economic status, according to analysis from Daniel Prokop, a sociologist and PAQ Research head has tweeted.

On the other hand, Petr Pavel, former senior official in the Czech military and NATO, succeeded in comfortably defeating the third-placed candidate, economist Danuse Nerudova, in well-off regions, and also made inroads into the support base of Babis’s ANO movement, Prokop said, citing analysis conducted by PAQ Research in cooperation with Czech Radio.

Pavel and Babis emerged the most successful from this weekend’s first round of the presidential elections, defeating another six candidates to advance to the 27-28 January election runoff. Nerudova finished third.

In towns with a higher incidence of poverty, Babis took 41% of the vote and Pavel 32%. In towns with the lowest poverty rate, Babis had 29% and Pavel 39%, the PAQ Research analysis shows.

Nerudova’s vote share was also higher (14.8%) in towns with less poverty, compared to 12.5% in poorer places.

“In the first round already, Babis succeeded in mobilising the poorer part of the population. As a result, however, he can see his mobilisation potential limited before the second round,” Prokop said.

“The inhabitants of socially deprived regions tend to vote less often in elections, but this time 62% [of them] took part, which is unexpectedly high. It was mainly Babis who managed to mobilise them, as he is a protest candidate, despite his membership in previous cabinets,” wrote PAQ Research.

The difference between the vote share of Babis and Pavel was even bigger between towns in terms of the population’s level of education.

In the towns where less than 47% of people completed secondary school including a school-leaving exam, Babis won almost 43% of the vote, compared with 28% for Pavel and 13.4% for Nerudova. Meanwhile, in towns with over 57% of people having a secondary school-leaving exam, Babis won only 25.5%, compared with almost 45% for Pavel and 14.6% for Nerudova.

Babis’s vote was markedly higher than Pavel’s in towns where his ANO party had support of over 30% of voters in the latest general elections in 2021. Babis took over 45% in those localities, compared to around 28% for Pavel, the PAQ Research analysis shows.

However, far from all ANO voters supported Babis in the presidential vote. “Andrej Babis was supported by some million ANO voters, and received another nearly 900,000 votes from former voters of other parties and nonvoters. Some 330,000 voters of ANO did not vote for Babis this time,” PAQ Research wrote. Some ANO voters were attracted by Pavel, who gained about half a million votes from previous supporters of ANO or the extra-parliamentary parties, or people who did not cast their ballot at all in the 2021 general election, the analysis shows.

https://brnodaily.com/2023/01/16/news/politics/presidential-election-babis-won-highest-vote-share-in-towns-with-higher-poverty-and-debt/https://brnodaily.com/wp-content/uploads/2017/07/The_Candidates_For_The_Upcoming_Czech_Presidential_Elections.jpghttps://brnodaily.com/wp-content/uploads/2017/07/The_Candidates_For_The_Upcoming_Czech_Presidential_Elections-150x81.jpg2023-01-16T08:21:47+01:00Czech News AgencyCzech Republic / WorldPoliticsCzech Republic,News,PoliticsPavel and Babis emerged the most successful from this weekend's first round of the presidential elections. Photo credit: Freepik. Prague, Jan 16 (CTK) - Opposition ANO leader and ex-PM Andrej Babis clearly prevailed in the first round of the Czech presidential elections in towns with a higher incidence of poverty...Czech News AgencyCzech News Agencyabstract000@hotmail.comAuthorBrno Daily

« MENDELU Scientists Want To Use Microalgae To Produce Energy, Purify Water, and Supplement Space Diets
Babis Denies Visit to Macron Due To Election, As Negative Campaigning For Second Round Begins »