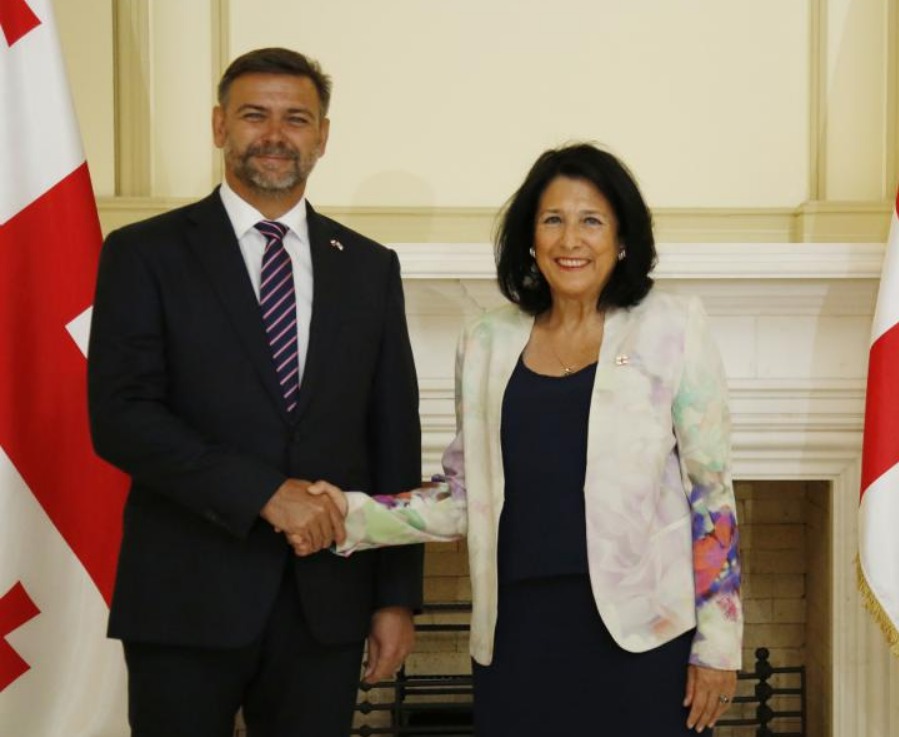 Prague, Aug 24 (CTK) – The Czech Republic wants to help Georgia move towards joining the EU during its sixth-month EU Council presidency, Czech ambassador to Georgia Petr Mikyska told CTK, though without specifying the concrete forms this support could take.

Georgia was not given EU candidate status at the EU summit this June; unlike Ukraine and Moldova, the country was only promised that it would receive candidate status if it met certain conditions.

“We cannot, obviously, specify the steps yet as we have to first discuss them within the EU as well as with Georgia. It is in the interest of the Czech Republic that Georgia receives candidate status and becomes an EU member state one day,” said Mikyska.

The ambassador explained that the Czech Republic, currently holding the Presidency of the EU Council, could help by leading the debate between the EU and Georgia, which is “grasping a little” in its reaction to the conditions of the EU summit.

By inviting Georgian representatives to meetings held as part of the EU presidency, the Czech Republic can enable them to ask questions and register their suggestions and doubts.

“Candidate status will be given to Georgia after it meets 12 recommendations, conditions and requirements, which are mainly related to key reforms,” Mikyska explained. “In the past two years, the pace of the reforms slowed down and in the same areas, changes did not proceed in compliance with EU recommendations and standards.”

The EU hopes that Georgia not receiving candidate status should be a motivation for Tbilisi to follow Moldova and Ukraine in fulfilling the EU’s conditions in the foreseeable future.

The country must deal not only with the process of selecting judges but with the independence of the entire judiciary, Mikyska noted.

The ambassador said he believed that the imprisonment of former president Mikheil Saakashvili “is not related to the candidate status” of the country. “It was definitely not mentioned anywhere and we do not discuss it with the Georgian government in this way,” he said.

In Saakashvili’s case, the legal assessment of the accusations and the fairness of the judicial process are in question, he added.

Georgian citizens were not satisfied about not receiving EU candidate status, the ambassador explained. “All the sides were disappointed – the citizens, the opposition, the government,” he said, adding that while citizens are putting pressure on the government, the conditions require actions from all parties to fulfil them.

The ambassador admitted that the Georgian society is conservative and very religious and “tolerance towards sexual minorities is not exactly a strength of the Georgian Orthodox Church.” It can also be influenced by Russia’s view of the “decadent West.”

This is, however, not reflected in the support for Georgia becoming a member of the EU, which exceeds 80% in public polling, even though tolerance towards minorities, including sexual minorities, is one of the EU’s priorities, the ambassador said .

He said that the Czech Republic needed Georgia to be a democratic country ruled by law and a fair judiciary, and it is also necessary that Georgia develops economically.

He also raised the possibility of significant amounts of oil and gas being imported to Europe via Georgia and Turkey. “We need Georgia to be a stable country free from various influences, so that the possible transport of energy materials is not disrupted,” he added.

He also said that Georgia cannot be blamed for breaching the sanctions against Russia, which it has not signed up for despite Western pressure. Darchiashvili made the same statement during his visit to Prague in April.