After dubious events which sparked allegations of corruption and abuse of power by the powerful head of the Office for the Protection of Competition, Petr Rafaj, the government has proposed his dismissal. The final decision will fall to President Zeman. Photo source: ÚOHS.

Czech Rep., Jul 29 (BD) – Petr Rafaj, the head of the Office for the Protection of Competition [“Úřad pro ochranu hospodářské soutěže”, ÚOHS] and one of the most influential public officials in the country, is under investigation for suspected corruption and abuse of power, and a proposal to dismiss him has been submitted to President Milos Zeman.

During Monday’s coalition meeting between ANO and CSSD, the government agreed to propose the dismissal of the controversial head of the antitrust authority to President Milos Zeman. The step follows a police investigation into suspected corruption and abuse of power, and a recent call from the anti-corruption council and a letter from the Ústí nad Labem Region appealing for his dismissal on the grounds of corruption.

“I am convinced that Rafaj’s situation is unsustainable,” said David Ondráčka, the head of the Czech office of anti-corruption NGO Transparency International, in an interview with Seznam Zprávy. “We should not play any games around it. He is the most powerful official in the country, he is a kind of policeman of the economy in the country, he approves giant contracts, he decides de facto himself. He has great power. When such a person is questioned for negotiating with suppliers, or investigated by the police on suspicion of corruption, there is no reason to hesitate in my view.”

Rafaj has been under investigation since March 2019, with police searches taking place at several of his properties, as well as his car and on UOHS premises. During the search, the police found CZK 2 million in several envelopes hidden behind his furniture. The money was confiscated by the police as Rafaj was unable to explain the origin of the money. Echo24 reported that last Tuesday, Rafaj said the money was intended for his daughter’s wedding and the reconstruction of his cottage, and came from a loan and his savings.

In November 2017, Rafaj attended a meeting with Vice-Chairman of ANO, Jaroslav Faltýnek, and the director of the Czech branch of the Austrian company Kapsch, Karel Feix, on the tender for a new supplier of toll systems for Czech motorways. At a separate meeting one hour earlier, Faltýnek had agreed with Feix to ask Rafaj to influence ÚOHS’s decision in favor of Kapsch. At the meeting with Rafaj, police officers overheard Faltýnek telling Rafaj that “it is necessary to do what Kapsch wants”, to which Rafaj asked Faltýnek to give him “an exact assignment of what he should do in this matter so that the activities of the Office can be directed towards this result”, which Faltýnek then promised to do.

Another case, which is already at trial, concerns the influence of sports subsidies around Miroslav Pelta, the former head of the football association. Pelta headed the supervisory board of the Liberec-Jablonec transport company, whose disputes were dealt with by the antitrust authority, controlled by Rafaj. Police wiretaps have intercepted Pelta arranging several VIP football tickets for Rafaj.

The proposal will now be handed to President Zeman by Prime Minister Andrej Babiš (ANO) and Deputy Prime Minister Jan Hamáček (CSSD). The president has the final say in the appointment and dismissal of the head of the Office, based on proposals from the government, but will only deal with the decision after the government holiday ends on August 16.

However, according to Seznam Zprávy, Zeman’s previous behavior towards Rafaj indicated that he was firmly behind the former CSSD member. Last March, in an interview with the daily MF Dnes a few days after the toll system corruption case came to light, the president stated that he would dismiss the head of the antitrust office “only on the basis of a final court decision.”

Rafaj said in a statement to the media that he respects the government’s power to propose his dismissal, but does not believe that the conditions for his dismissal set by the Act on the Competence of the Office would be met. Additionally, he has denied all claims, stating he has done nothing wrong or illegal, and that the allegations against him feel like a personal attack.

Facebook Comments
https://brnodaily.com/2020/07/29/news/politics/government-proposes-dismissal-of-head-of-czech-antitrust-office/https://brnodaily.com/wp-content/uploads/2020/07/ÚOHS-building-source-UOHS-1024x682.pnghttps://brnodaily.com/wp-content/uploads/2020/07/ÚOHS-building-source-UOHS-150x100.png2020-07-29T17:15:39+02:00Tessa AdamsonCzech RepublicPoliticsCorruption,Czech Republic,PoliticsAfter dubious events which sparked allegations of corruption and abuse of power by the powerful head of the Office for the Protection of Competition, Petr Rafaj, the government has proposed his dismissal. The final decision will fall to President Zeman. Photo source: ÚOHS. Czech Rep., Jul 29 (BD) -...Tessa Adamson T.M.Adamson@hotmail.comAuthorExpat student from the Netherlands, passionate about writing, travelling, languages and politics.Brno Daily 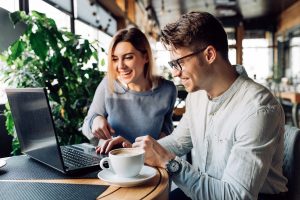 Czechs Report Above EU-Average Satisfaction With Their Personal Relationships 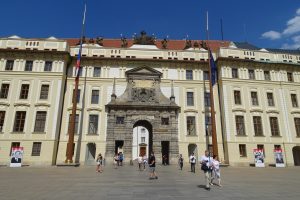 Expat student from the Netherlands, passionate about writing, travelling, languages and politics.
View all posts by Tessa Adamson →
« Three Arrested From Plane In Prague After Singing Nazi Anthem During Flight
Interior Minister Outlines Options For Voting Under Quarantine »