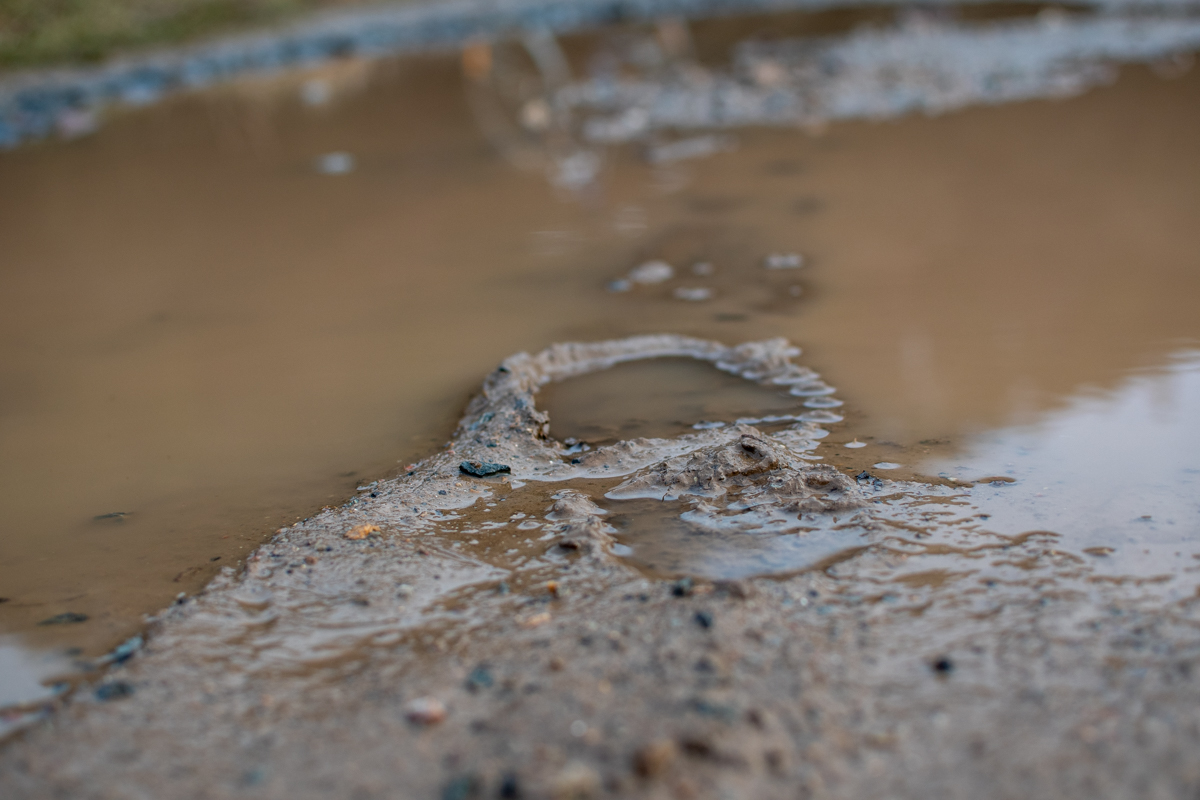 Last night, a dramatic thunder and lightning storm crossed over Brno, putting the finishing touches on a scorching day. The breeze was cool and refreshing. It was a nice summer night to contemplate the past and the future. It was pleasant.

The forecast says that it is supposed to rain again today, particularly in the late morning. That, unfortunately, will not be pleasant. It is the exact time when some of us will be running in a race at the Brno Lake.

What are you going to do? Come Hell or high water, you do what you have to do.

There is a reason for that saying. High water can definitely be Hell. Flooding is a common and deadly occurrence in the Czech Republic. And there will probably be much more to come this summer.

It all reminds of one of the worst days of my life.

I was on my way out of the house to attend the opening game of the 2016 football season: FC Zbrojovka against Slavia Praha. The rain was definitely coming down strongly, but, as a fan, you do what you have to do.

Something smelled strangely at the front door. When I opened the basement door, the smell was even stronger. At the bottom of the stairs and around the corner, I found the source. The 50cm X 50cm plastic cover that covered the access hole to the underground plumbing was hovering 30cm above the concrete floor over a square column of sh*t. The rain was coming down so heavily that it had backed the sewage into our basement.

The stench was overwhelming. The rain pounded against the windows. And the water was starting to gush out around the sides of the sh*t column. The edges were beginning to water down and spread as a brown sludge around the basement hallway and into the adjoining rooms, including the one where we had long-term storage of non-perishable foodstuffs.

My eight-months-pregnant wife was upstairs with our infant daughter, yet the basement of our home was, literally, filling with our own sh*t.

My mother-in-law came to the basement door to see what the commotion was about. “Hovno!” I screamed, using the Czech word for sh*t. “Hovno je všude!” Sh*t is everywhere! Normally, I would never use a swear word with her, but, for several moments (apparently despite the smell), she didn’t realize that I was literally talking about sh*t and not just expressing anger.

The concrete pipe that went from the basement, under the front yard and out into the public sewage system had disintegrated and filled with dirt. When the rain came down the gutter pipe from the roof, it had nowhere to go but into the basement, pushing back everything that had been accumulating in that section of the pipe for the past months: urine, feces, hair, undigested corn, toilet paper.

Suffice it to say, I missed the Zbrojovka game (it was called off because of the rain anyway) and set to, literally, shoveling sh*t.

I had to use a hand trowel. It was unpleasant.

Come Hell or high water. You do what you have to do.

Four years later, after the passing of my mother in law, we are in the process of buying the house. And, since the latest public land-use plan has been released, we are hoping and praying that the many new variants that would require the demolition of our home will not come to pass.

At least there is a bright side. Today, while running 10 kilometers, when I hit the point where I am tired and in pain, I will know that it is still better than, literally, shoveling sh*t.

https://brnodaily.com/2020/07/11/column/bruno-rain-flooding-and-literally-sht/https://brnodaily.com/wp-content/uploads/2020/02/Nature-woods-Brno-Daily-credit-KK-42-1024x683.jpghttps://brnodaily.com/wp-content/uploads/2020/02/Nature-woods-Brno-Daily-credit-KK-42-150x100.jpg2020-07-11T08:58:00+02:00Bruno ZalubilColumnBrno,Brno Expats,OpinionPhoto credit: KK / Brno Daily. Last night, a dramatic thunder and lightning storm crossed over Brno, putting the finishing touches on a scorching day. The breeze was cool and refreshing. It was a nice summer night to contemplate the past and the future. It was pleasant. The forecast says that...Bruno ZalubilBruno Zalubilbzalubil@hotmail.comAuthorA connoisseur of the unpredictable and unscripted drama of sports.Brno Daily

A connoisseur of the unpredictable and unscripted drama of sports.
View all posts by Bruno Zalubil →
« Brno Police Carry Out Mass Clean-Up of Syringes Following Two Incidents Involving Children
First Reservoir Under Žlutý Kopec To Open to the Public »