How Have Domestic Violence Rates in the Czech Republic Been Affected By The Quarantine? 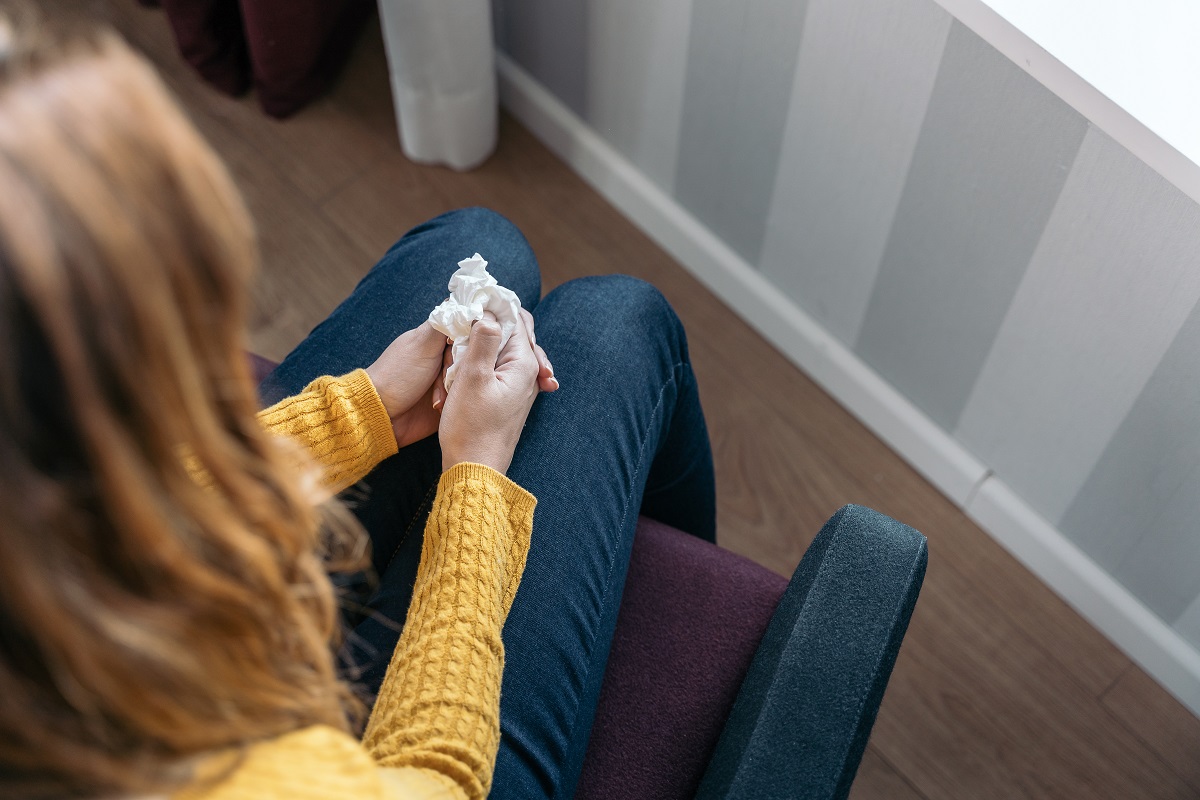 The unusual circumstances of the quarantine have brought with them fears that, behind closed doors, cases of domestic violence are on the rise. Brno Daily looked at the numbers and spoke to the experts to find out what’s going on. Photo credit: Freepik / For illustrative purposes.

Brno, May 13 (BD) – A daughter decides not to call the police on her abusive mother, in case officers bring the virus to their house; an elderly lady is worried about infection because she can’t convince her son not to visit her; a wife who has to keep going to work is bullied by her husband, who worries that she might infect their family; a couple whose marriage counselling normally helps keep tension down find themselves arguing more as their counsellor is unavailable due to coronavirus; a man, unable run his business and scared of bankruptcy, takes it out on his family.

Each of the above is a real call made in the last two months to the White Circle of Safety [“Bily kruh bezpeci”; BKB], a 24/7 support helpline for the victims of crime, via their free-to-call number 166 006. We can all picture the all-too-plausible scene, as the tensions that grow in households during lockdown take their toll, even on healthy relationships, and in some cases spill over into violence. Media in various countries have reported concerns that, behind closed doors and without normal access to support, domestic violence rates are spiking. A BKB report about the first month of the state of emergency sheds light on the situation in the Czech Republic, and reveals a more complex picture.

BKB received 201 calls related to domestic violence in the first month of the state of emergency, up from 130 for the same period last year, an increase of 35%. According to Vladimir Vedra, a lawyer who manages the organization’s Brno office, this was not a surprise: “When you think about the conditions the quarantine imposes on people, putting them, and in some cases locking them in households together, even healthier relationships may go through a crisis in a situation like this. And for relationships which were infested by domestic violence even before this situation, this is the ideal environment for it to grow further.”

While clearly a cause for great concern in its own right, however, this increase is in fact lower than the overall increase in calls; BKB received 672 calls in total during the first month of lockdown, compared to 470 for the same period last year, a 42% increase year-on-year. Indeed, calls related to domestic violence were 30% of the total in the first month of quarantine, slightly down from 35% for the same period in 2019. Vedra pointed out that an increase in calls does not automatically mean the same increase in incidents; during the quarantine, the organization’s in-person services have been severely limited, meaning clients can only use the support hotline. However, the above figures suggest that while more victims are seeking the support of BKB services generally, domestic violence cases have not necessarily increased any faster than other kinds of crime.

However, a closer look at the figures gives reason for concern that this might change. A breakdown of the distribution of the calls shows that the support hotline received 72 calls related to domestic violence in the first two weeks of the lockdown, rising to 129 in the third and fourth weeks, a rise of nearly 80%. BKB warn that this could be related to various other factors, such as changing behaviour from victims during the state of emergency, but the organization’s figures do not show an equivalent increase over time in calls related to other types of crime, such as sexual violence, suggesting that the threat of domestic violence may be increasing the longer families are kept under lockdown together.

This gives ammunition to those who argue that the protection provided by the quarantine against the coronavirus must be balanced against the real damage it causes in other areas, not just the much-discussed economic impact but also the negative implications for mental health and family relationships. Domestic violence is defined in Section 199 of the Czech Criminal Code, and treated in Czech law, as a process rather than an individual incident, and according to Vedra, it is important to bear this in mind in the current extraordinary circumstances; however serious, one incident is not automatically considered to be domestic violence, and may not lead to a pattern of behaviour. However, as every story of domestic violence must begin with a first incident, the danger is that the higher rates now in the unusual circumstances of lockdown will cause a permanent increase in domestic violence rates in the future.

For this reason, support and intervention now are all the more important. For Vedra, the most important thing for victims to know is that help is available: “The state of emergency doesn’t mean they are forced to suffer through their situation with no support. We are telling people who call BKB that even now the police have the tools to intervene immediately, and we can provide follow up support throughout, even if the victim decides not to report the crime. So we want to make clear that domestic violence is not acceptable, whether or not there is a state of emergency.”

On the positive side, Vedra described a great deal of improvement in the Czech Republic in the last 15 years, in terms of how seriously the country takes the issue of domestic violence. Previously, the Czech response was characterized by inadequate legislation and poor training of police, with some victims reporting that their statements were rejected by officers. Now, however, Vedra can identify concrete changes in processes: “What I can see is that there has been training in place, specifically for domestic violence, for at least a decade. There are specific protocols, there is a special law and guidelines, and some authorities have even introduced specialist units for domestic violence, which is a significant increase in their willingness to change and be more sensitive towards domestic violence. So I wouldn’t say it’s perfect, but it’s definitely getting better.”

https://brnodaily.com/2020/05/13/news/how-have-domestic-violence-rates-in-the-czech-republic-been-affected-by-the-quarantine/https://brnodaily.com/wp-content/uploads/2020/05/sad-woman-holding-tissue-credit-freepik-1024x683.jpghttps://brnodaily.com/wp-content/uploads/2020/05/sad-woman-holding-tissue-credit-freepik-150x100.jpg2020-05-13T15:13:29+02:00Jack StephensCrimeCzech Republic / WorldCoronavirus,Czech Republic,NewsThe unusual circumstances of the quarantine have brought with them fears that, behind closed doors, cases of domestic violence are on the rise. Brno Daily looked at the numbers and spoke to the experts to find out what’s going on. Photo credit: Freepik / For illustrative purposes.Brno, May 13...Jack Stephens jack.stephens50@gmail.comAuthorA writer and English teacher originally from London who has lived in Brno since 2011, interested in politics, low culture, and all things strange and/or Czech.Brno Daily

A writer and English teacher originally from London who has lived in Brno since 2011, interested in politics, low culture, and all things strange and/or Czech.
View all posts by Jack Stephens →
« Brno Sports Weekly Report — Football, Baseball Start Prep Games for Coming Seasons
Local as a Label: The Story of Indies Scope »