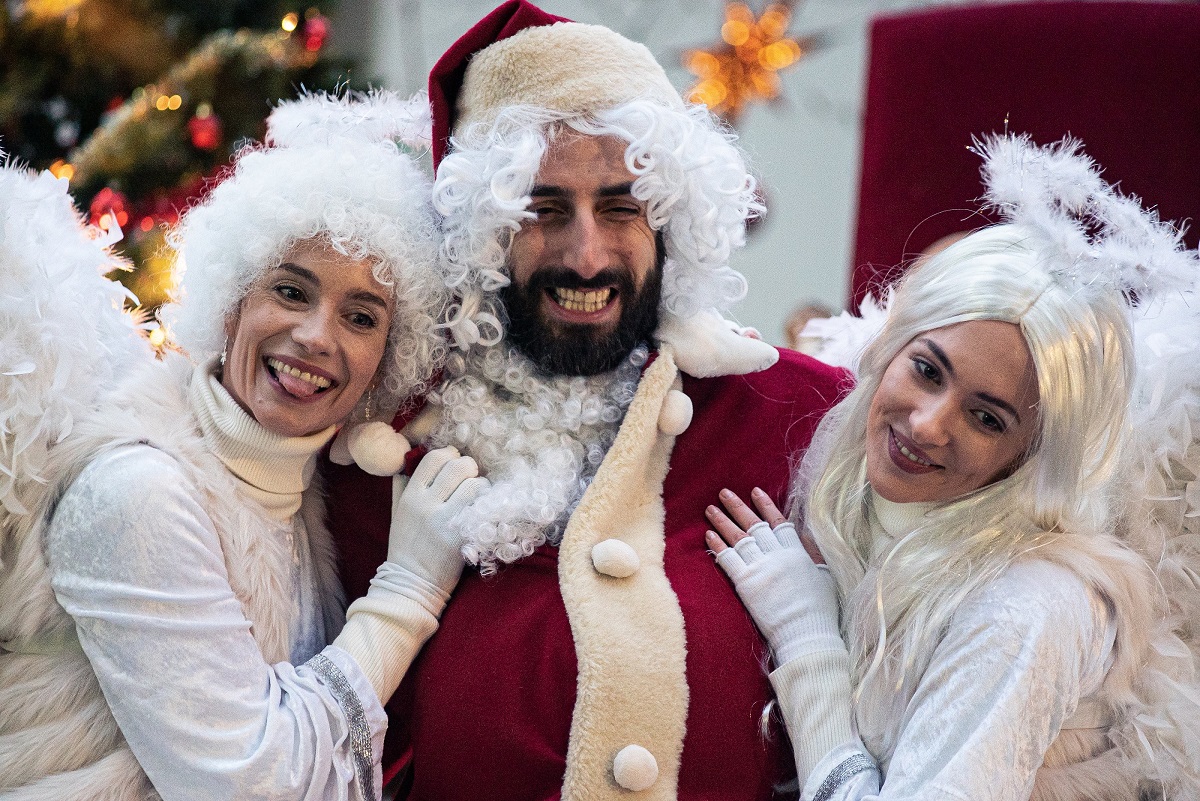 The romantic Christmas comedy “Wishes to Santa”, filmed in the city center of Brno, is coming to cinemas from November 11th, with a premiere in Brno on November 8th. Credit: BIOSCOP via TIC Brno.

Brno, Nov 6 (BD) – Much of the production took place in the city center of Brno.

A ceremonial preview of the film will take place on November 8th at Brno’s Kino Lucerna, and the long-awaited romantic comedy will be released in cinemas on November 11th.

The film by director Marta Ferencová and producer Adam Dvořák is a romantic comedy centered on absolutely ordinary stories close to our everyday life, but seasoned with a healthy dose of humor.

“These are five stories that are intertwined so that they all end on Christmas Day,” said producer and editor of the film Adam Dvořák. “They are all about love. Someone is looking for it, someone has lost it forever, someone will find it, someone has stopped believing in it, but will rediscover it… I think the viewer will appreciate each one of the stories. It will be the most romantic comedy of Christmas this year.”

“It’s a film exactly in the style of the British classic Love Actually, with a varied palette of emotions, character types and relationships,” said director Marta Ferencová.

The film was shot in the city center of Brno, featuring landmarks including Jakubské náměstí, Petrov Cathedral, Moravské náměstí, and the bookshop on Česká. The roof of the Brno Hotel Continental, for example, becomes the scene of one of the main characters falling from the roof.

Those interested in understanding how a film is made can participate in the guided tour “How is a film made?”, organized by TIC BRNO in December.

““Wishes to Santa” is just one of the films that went to the cinema this year which the Brno Film Office collaborated on. You can learn about other films in our cinema tours. Get to know Brno and its surroundings in the film on the GOtoBRNO.cz portal,” added Janulíková.

https://brnodaily.com/2021/11/06/brno/long-awaited-christmas-film-shot-in-brno-wishes-to-santa-arrives-in-cinemas/https://brnodaily.com/wp-content/uploads/2021/11/wishes-from-santa-credit-bioscop-1024x684.jpghttps://brnodaily.com/wp-content/uploads/2021/11/wishes-from-santa-credit-bioscop-150x100.jpg2021-11-06T13:10:32+01:00Giorgia MauraBrnoNewsBrno,Film,Things To Do in BrnoThe romantic Christmas comedy 'Wishes to Santa', filmed in the city center of Brno, is coming to cinemas from November 11th, with a premiere in Brno on November 8th. Credit: BIOSCOP via TIC Brno. Brno, Nov 6 (BD) - Much of the production took place in the city center of...Giorgia MauraGiorgia Mauragiorgiamaura50@gmail.comAuthorCommunication student, passionate about politics, theater and trekking. My mission is to bring a piece of truth into a chaotic world. Humankind lover. Brno Daily

Brno, Film, Things To Do in Brno

Communication student, passionate about politics, theater and trekking. My mission is to bring a piece of truth into a chaotic world. Humankind lover.
View all posts by Giorgia Maura →
« Final Voting Opens For City of Brno’s 2021 Participatory Budgeting Scheme
Czech Government To Spend CZK 6 Million On Emergency Supply of Menstrual Products »