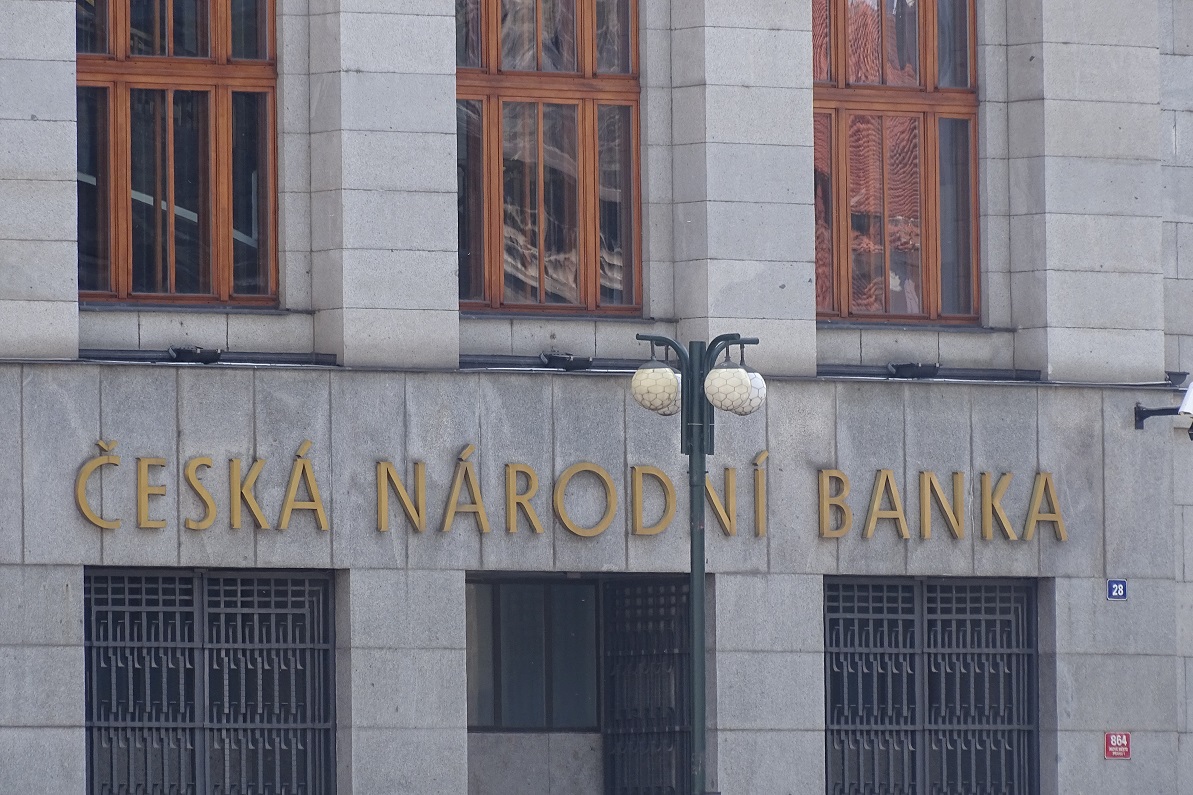 The board of the CNB cut its main interest rate by 0.75% at its meeting on Thursday. It also made a clear statement of its willingness to take further steps to maintain financial stability in light of the negative outlook for the economy. But some are positive about the ability to recover as the restrictions are lifted. Photo credit: ZM / Brno Daily.

Czech Rep., Mar 28 (BD) – According to the bank’s forecasts, the decline in overseas economic activity and, more directly, the measures of the Czech government to counter the spread of the coronavirus are having an extraordinary effect on the Czech economy. They expect the economy to be in recession probably for the remainder of this year.

The weakness of the Czech crown will, however, partially offset the anti-growth and deflationary effect of the pandemic. But former bank governor, Miroslav Singer, interviewed in E15 felt the crown should be stronger and that a rate of 26 crowns to the euro would be about right when the economy starts moving again. He also felt that the low level of oil prices would lead to worries about deflation.

Overall this situation necessitated a significant cut in interest rates and the cut to 1% was more than analysts had been expecting The bank feels the financial system is robust but warns that due to the decline in economic activity financial institutions will find increasing problems with loans being repaid. It is taking steps to support financial institutions’ ability to lend by lowering the amount of capital held in reserve,  but also expects them to refrain from paying out dividends. The government is also helping by raising finance in the bond market and other borrowing.The Czech Republic is in a good position to do this as debt repayments are at their lowest in a decade.

Tomáš Sedláček, the leading economist, in an interview with Czech radio sees some positive outcomes from this crisis. He feels it could truly kick Czech society into the digital age. “In the past two decades, we have created a world that is not yet home, but is a habitable place. We can spend most of our working hours in this digital world, we can find a lot of entertainment there. Also, and this applies especially to young people, we can spend a lot of our social life, there.“ He sees this break as a time for reflection and for reassessing priorities.

An analysis in E15 highlights the differences between this crisis and the last in 2008-9. This time the crisis came on very quickly and the level of indebtedness has been shouldered more by governments and the corporate sector, whereas consumer debt is lower. The expectation is that consumer-led domestic consumption will be better able to bounce back. In other words some of the economic activity is not lost but postponed. Whether this is overly optimistic, only time will tell. What is certain is that the reaction of central banks and governments has been different from the last crisis. There has been a significant attempt to protect jobs and support people’s ability to service loans and avoid major defaults. If the crisis only lasts a few months, this may well mean that in the second half of the year economic activity will recover.

https://brnodaily.com/2020/03/28/news/business/czech-national-bank-cnb-slashes-interest-rates-for-the-second-time-in-ten-days/https://brnodaily.com/wp-content/uploads/2020/02/czech-national-bank-prague-July-2-Zenon-Moreau-2-1024x682.jpghttps://brnodaily.com/wp-content/uploads/2020/02/czech-national-bank-prague-July-2-Zenon-Moreau-2-150x100.jpg2020-03-28T11:49:18+01:00Charles du ParcBusinessCzech Republic / WorldBusiness,Czech Republic,Economy,NewsThe board of the CNB cut its main interest rate by 0.75% at its meeting on Thursday. It also made a clear statement of its willingness to take further steps to maintain financial stability in light of the negative outlook for the economy. But some are positive about the...Charles du ParcCharles du Parcchaduparc@gmail.comAuthorCharles du Parc comes originally from London and worked there in fashion retailing for several years. Before coming to the Czech Republic in 2005, he ran his own delicatessen and café in a small town on the south coast of England. He has also served as a judge for the World Cheese Awards. Having fallen in love with Brno,he now regards it as home and works there as a freelance teacher, writer and translator.Brno Daily

Charles du Parc comes originally from London and worked there in fashion retailing for several years. Before coming to the Czech Republic in 2005, he ran his own delicatessen and café in a small town on the south coast of England. He has also served as a judge for the World Cheese Awards. Having fallen in love with Brno,he now regards it as home and works there as a freelance teacher, writer and translator.
View all posts by Charles du Parc →
« Coronavirus: Update on Situation in South Moravia
Br(u)no: Life Continues Through Self-Quarantine Week 2, Alcohol Helps »