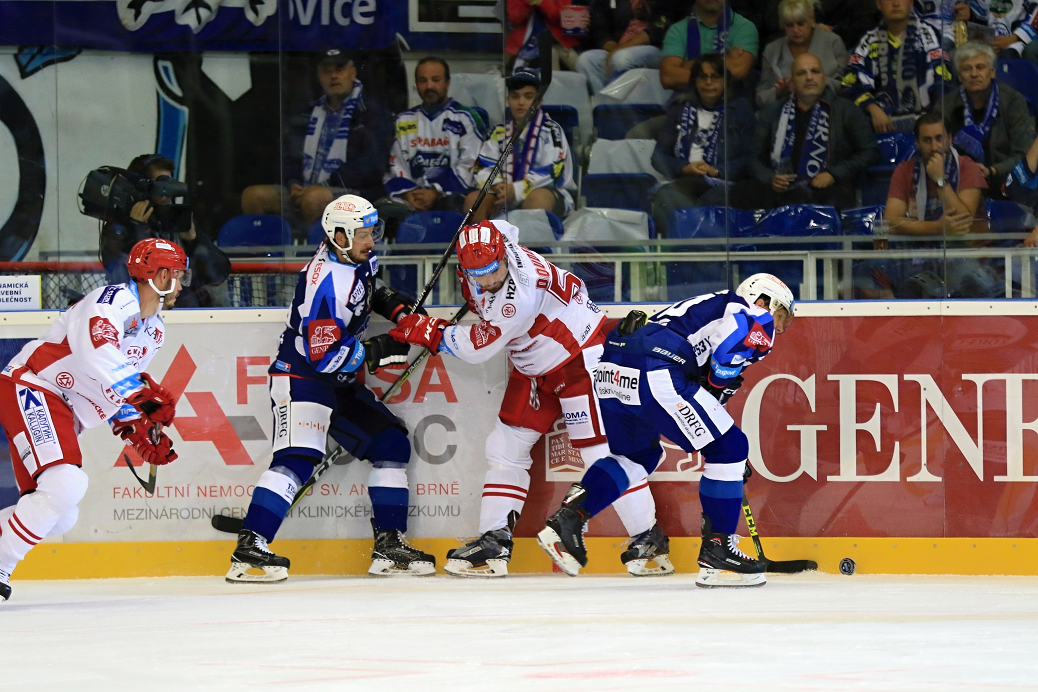 HC Kometa plays roughly every two or three days through the end of the regular season on March 8. Photo credit: Vít Novák.

Kometa Primed For Final Push Towards the Postseason

HC Kometa resumes its Tipsport extraliga regular season tonight at Mlada Boleslav. The game will be on ČT Sport at 5:20 p.m.

Kometa is sixth in the league. In 42 games, they have a slightly better than .500 winning percentage, with 18 outright wings and five extra-time wins balanced against four extra-time losses and 15 outright losses. They have scored 124 goals against 115 that they have allowed.

Karel Vejmelka, a 22-year-old, has handled most of the goalkeeping duties, with 29 starts. Marek Čiliak, however, is back from a less-than-one-season stay in the KHL. Čiliak started as a youth in the Kometa system in 2005 and he was the team’s main goalkeeper from the 2013 season through the back-to-back championship seasons.

At the end of the first quarter against visiting Pardubice last Wednesday, Brno head coach Christianos Chougkaz decided to mix things up.

The offense hadn’t started well, the American players would be able to rest for later in the game and the young players would, hopefully, be able to get some experience against a top team. Just holding the line would be enough.

Instead, the less-experienced players — Lukas Stegbauer (23 years old), Jan Kozina (23), Viktor Vasat (21), Zdenek Nehyba (23) and Radek Farsky (19) — built a lead. Chougkaz left the second team out on the floor to start the second quarter and got several more quality minutes and, with four minutes left in the first half, a nine-point lead.

It may have been a small detail, but it imbued the team with a level of confidence that carried it through moments of adversity and, eventually, to victory in the first game of Group A1. egoé Basket Brno beat BK JIP Pardubice, 81-80.

Brno (9-14) plays its second Group A1 game tonight with BK Armex Děčín (14-9) at Campus Square at 8 p.m. Then there is a long break before the third game of Group A1 when Brno welcomes Sluneta Ústí nad Labem (14-9) to play on March 2.

Another (perhaps not so) small detail in Basket Brno’s win over Pardubice was the increased emphasis on defense. Pardubice had a final shot, but it was well defended by a fast-closing trio of Gieger, Stegbauer and Keely.

A huge part of the victory was the outside shooting of Deremy Geiger, who was 7 of 12 from 3-point range and led the game with 30 points, possibly because he had extra spring in his legs.

Jakub Jokl was a force under the basket; he scored a season-high 12 points in just over 20 minutes of game time. Nehyba had 11 points.

Brno earned its berth in Group A1 when it beat Kingspan Královští sokoli, 89-77, on the final day of the regular season. It is the first time that Brno men’s basketball team has been in the advanced group since it entered the league six years ago. Group A1 guarantees that Brno will stay in the Kooperativa NBL next season.

During the first 22 games, Brno had won only three games against the teams it would face in Group A1. Brno had lost to Pardubice twice.

KP Brno, the defending Czech Cup winners and the runners up in the ZBL last year, proved that they are still the top team in Brno when they went to Žabovřesky last Wednesday and beat Žabiny Brno, 54-51.

Teamstore Brno (1-15) hosted ZVVZ USK Praha on Sunday and lost, 50-112. Teamstore Brno travels to Loko Trutnov (10-6) on Sunday, hoping to notch their elusive second win in a league that is increasingly split in half. The top six teams have winning percentages of at least 62.5 percent.

The rivalry game between Žabiny Brno and KP Brno was a low-scoring but emotional game. Both teams started nervously, especially Žabiny Brno.

“The first quarter, where we lost 8-21, actually decided the whole game,” said Viktor Pruša, the head coach of Žabiny Brno. “Tension cost us a lot of strength. The first quarter was definitely disappointing for us.”

The home team was able to get back into the game, such that it had an excellent chance of winning, when leading scorers Petra Záplatová (20 points) and Matuzonyté Justina (11) got hot from the field in the second quarter and BK Brno was held to just four points in the fourth quarter.

The next installment of the rivalry will be in Kralovo Pole on March 2.

Žabiny Brno are preparing to host the Final Four of the Central Europe Women’s League. The semifinal games are Feb. 23 and the third-place and championship games are on Feb. 24. Brno, which went undefeated in four Group B games, plays Group A runner-up Piestanske Cajky in the semifinals. Sokol Hradec Kralove faces Young Angels Kosice in the other semifinal. 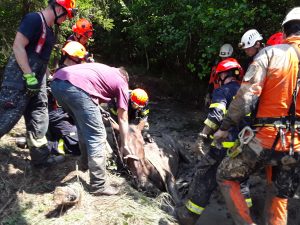 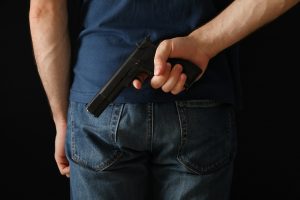