Fakescape: An Educational Game Developed By Czech Students To Counter Fake News Will Compete in a Facebook-sponsored Competition in Washington 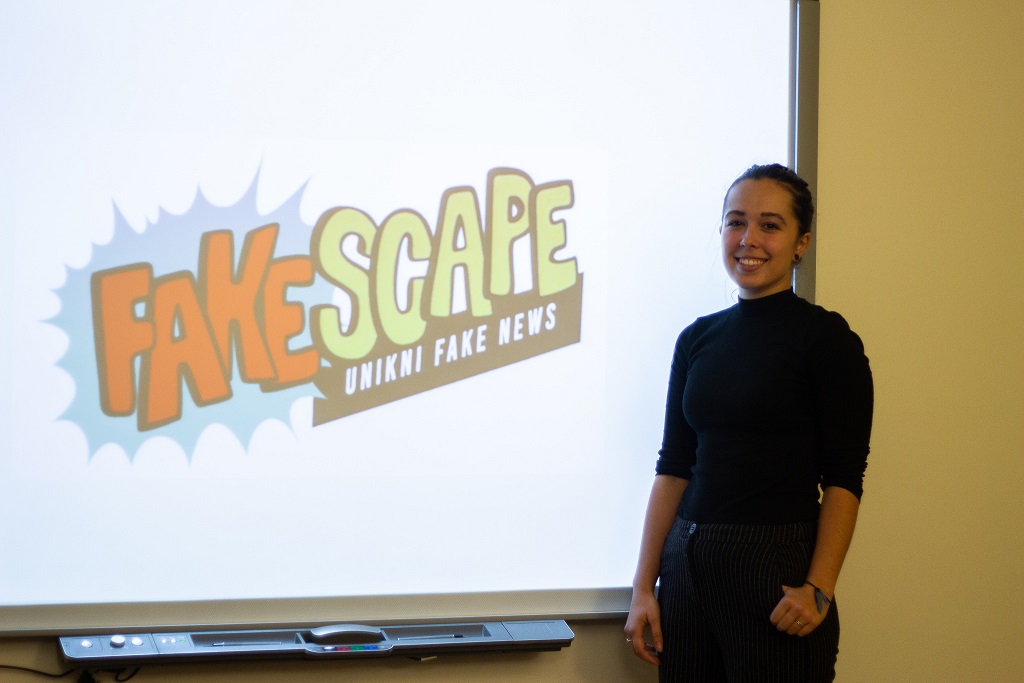 A team of six students from Brno’s Masaryk University, led by lecturers Miloš Gregor and Petra Vejvodová, have developed an interactive game to teach young people how to distinguish reliable information from “fake news”. Photo: Logo of “Fakescape”. // Credit: Fakescape.cz.

Brno, Dec 18 (BD) – With the widespread use of social media, fake news (or “yellow journalism”) as a form of propaganda has become a global phenomenon affecting all of us. The creators of the educational game describe the concept of fake news on their website: “Every day we are overwhelmed with information. There is little time, and so we sometimes do not check the source. […] Sometimes we believe the information simply because a friend sent it or because it supports our worldview. It can be a stumbling because there are a lot of people around us who are interested in us believing various misinformation and nonsense.”

The creators went on to explain their motives for developing the game: “We were tired of hearing that Czechs are not able to verify information and that students are not able to recognize manipulation or fake news.”

The game, entitled “Fakescape”, takes the form of four tasks in which players have to verify information, work with text, explore news headlines and manipulate photos. Everything is part of a story in which the main protagonist is a journalist covering the run-up to the presidential elections in 2028. “The game can be tasked and played within one lesson and teachers will still have space to answer questions or give additional explanations,” said student Tereza Kráčmarová, one of the team behind “Fakescape”, in an official press release from Masaryk University.

The project was selected among the top three in the Peer-to-Peer: Facebook Global Digital Challenge. This competition is for university students around the world to “create social media campaigns and offline strategies to challenge hateful and extremist narratives,” according to its website. The Czech team will take their game to Washington in January next year, according to the most recent updates on Fakescape’s Facebook profile.

“Fakescape” is currently being introduced to high school students across the country. Since the official release of the game a month ago, it has been played by 2,400 students.