The 19th Mezipatra International Queer Festival Kicks Off Tonight in Brno with an Opening Show, Austrian Film ‘L’Animal’, and a Wild Party 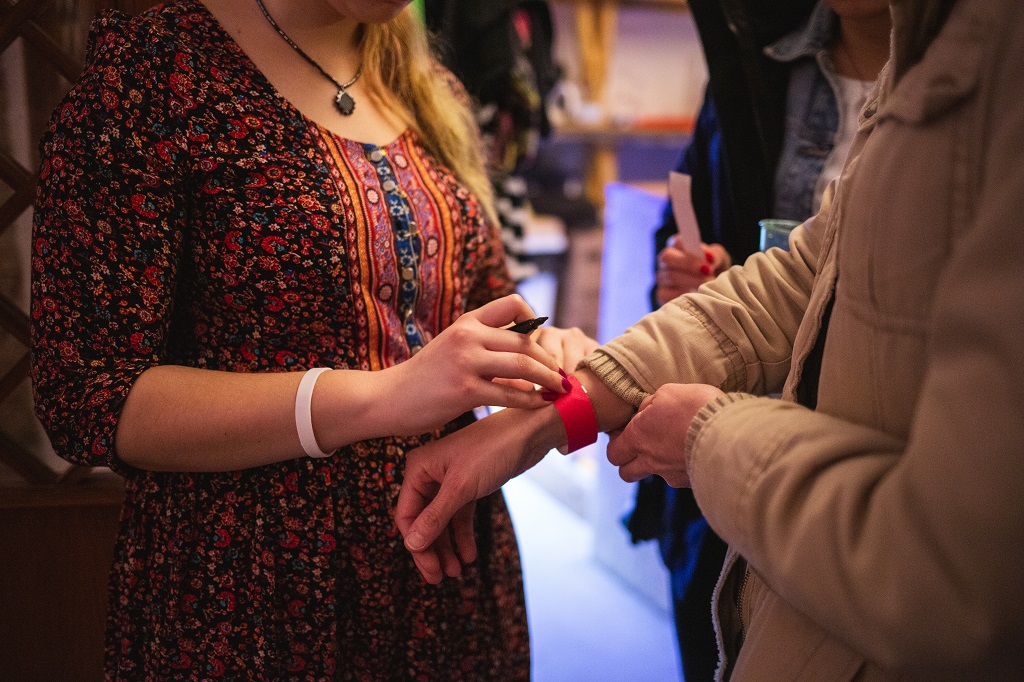 Brno will be hosting the International Queer Film Festival, Mezipatra (QFF Mezipatra), from November 16 to November 23. The festival, which is welcomed with enthusiasm in Prague, Brno and across the Czech Republic, is attended by around 12,000 people every year. Photo credit: Klára Hurtlová.

Brno, Nov 16 (BD) – Mezipatra [“mezzanines” in English] is a queer film festival organized by the non-profit organizations Mezipatra and STUD Brno. The festival includes hundreds of selected Czech and foreign films, as well as documentaries focused on LGBTQ+ topics. An integral part of the festival is the accompanying program of discussions, lectures, workshops, exhibitions and parties. ‘‘When we decided to organise the first Czech gay and lesbian film festival in the Moravian metropolis twelve years ago, we did not predict that within a few years it would have become the biggest queer event in the Czech Republic,’’ describe the origins of the festival the organizers.

The QFF organizers understand the meaning of “queer” in a broad sense. According to Mezipatra, “the label ‘queer’ encompasses everybody who finds the traditional gender roles too narrow, regardless of their sexual orientation or gender identity.’’ Co-organizer and creator of the festival program Jan Bodnár thinks that the term “queer” should not be restricted to only LGBTQ+, as it is a huge category embracing everyone who feels different and beyond heterosexuality.

The theme of this year’s festival is Beyond Reality. “Together with the heroes of this year’s films, we want to embark on a journey beyond reality, because the gift of imagination is liberating and nobody can take it away from us,” explains Sandra Hezinová, program director of Mezipatra.

In the past, Mezipatra has hosted internationally-known directors Todd Haynes, John Cameron Mitchell, João Pedro Rodrigues, and Monica Treut. Other stars at Mezipatra have included Saga Becker, the first trans* actress to win the Swedish Gudbagge award, and Rhys Ernst, producer of the TV show Transparent. Canadian director and photographer Bruce LaBruce participated in the last year’s festival as a member of the international jury.

The Prague section of Mezipatra, which took place earlier this November, saw international guests such as Polish filmmaker Olga Chajdas. In Brno, there will be no special international guests this year, as announced by the organizers a day before the opening of the festival.

The Mezipatra festival continues in Brno tonight with an “epic opening ceremony”, hosted by stand-up comedienne Adéla Elbel and featuring a screening of the Austrian drama L’Animale. Jan Bodnár also mentions the “Beyond Reality” exhibition of the Motyčková sisters at Kino Scala as one of the festival highlights.

“Mezipatra will feature an international competition and screenings of films from Europe, the USA, and Asia; all films will be screened with both English and Czech subtitles. Only movies from the USA and UK will be screened with Czech subtitles,” says Bodnár. The discussions and workshops will be held in Czech. Ten live-action films will be included in the main competition. A special retrospective section will screen the iconic film Pink Narcissus (1971) for the first time in the Czech Republic; the film follows the wild fantasies of a young male prostitute. The festival will also include two after-parties: “the most animal party of the year”, the wild Animal Party in Kino Scala on Friday, and the Ultra 80s Party in Tržnice Brno on Saturday.

QFF Mezipatra opens its doors to all those who are interested: ‘‘Whether you go upstairs or downstairs, you always meet your neighbours in the space which does not belong to either of the floors. Mezipatra (or mezzanines) have no specific owner, nor are there valid rules for one and not the other. On the mezzanine, all differences are irrelevant, no matter which floor you came from. Simply, you are and will always be welcome!’’

For more detailed information about the festival program, visit the official website, which is also available in English, at http://www.mezipatra.cz/en.

https://brnodaily.com/2018/11/16/brno-urban-guide/the-19th-mezipatra-international-queer-festival-kicks-off-tonight-in-brno-with-an-opening-show-austrian-film-lanimal-and-a-wild-party/https://brnodaily.com/wp-content/uploads/2018/11/Queer-1024x682.jpghttps://brnodaily.com/wp-content/uploads/2018/11/Queer-150x100.jpg2018-11-16T14:57:13+01:00Eda YildizBD MagazineBrno Urban GuideBrno,Brno Urban Guide,Cinema,Events in Brno,Film,LGBTQ+,Things To Do in BrnoBrno will be hosting the International Queer Film Festival, Mezipatra (QFF Mezipatra), from November 16 to November 23. The festival, which is welcomed with enthusiasm in Prague, Brno and across the Czech Republic, is attended by around 12,000 people every year. Photo credit: Klára Hurtlová.Brno, Nov 16 (BD) – Mezipatra...Eda Yildiz edayildiz@windowslive.comAuthorBrno Daily

« Janáček Theatre, the Biggest Theatre in the Czech Republic, Re-Opens on Saturday
November 17 in Photos: Brno Witnessed Memorial Events and a Protest against the Prime Minister »