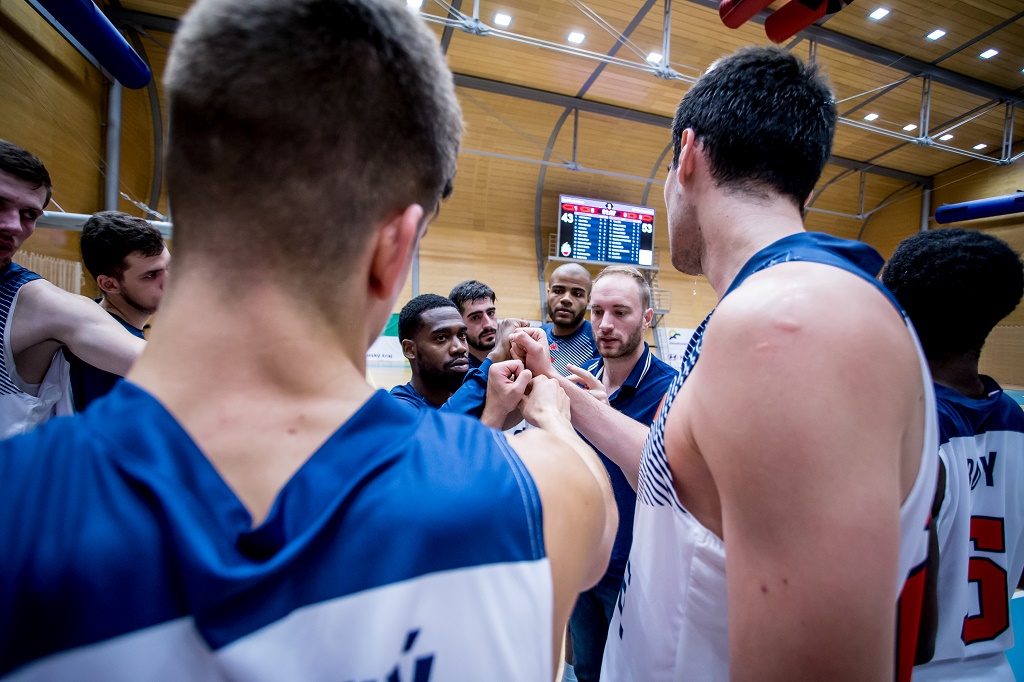 After finishing the last Kooperativa NBL season 14-24 and starting this season 3-4, Dejan Jakara’s job as head coach of egoé Basket Brno was questioned in an email — and that began a tumultuous week where the coach left, the team lost twice and a new coach took control.

When Brno lost 66-87 to visiting GEOSAN Kolín, a weak team in the standings, on Nov. 3, management emailed a full review of the match, with good points and aspects that needed improvement. It was taken as the final straw in a relationship that had become strained, and Jakara walked away.

Chougaz, who led his first practice earlier this week, will be on the Brno bench for the first time when SLUNETA Ústí nad Labem (4-5) comes to town on Saturday at 7 p.m.

egoé Basket Brno is currently 3-6 in the league.

“We wanted to fill this post with a trainer who has experience with the Czech league, wants to work with young players and will be a real impetus for the whole team,” said general manager Filip Jimramovsky. “We are so glad that we can welcome Chris Chougaz to the club.”

Chougaz, 50, is familiar with the Czech league, having coached USK Prague to a 19-19 record last season. He played for 16 years, mostly in the Greek League, then changed to coaching, where he has moved around the world for 13 years, mostly in Greece, but with stops in Cyprus, Mexico, Austria and the Czech Republic.

Chougaz is under contract through the end of the season, at which point an extension will be considered. 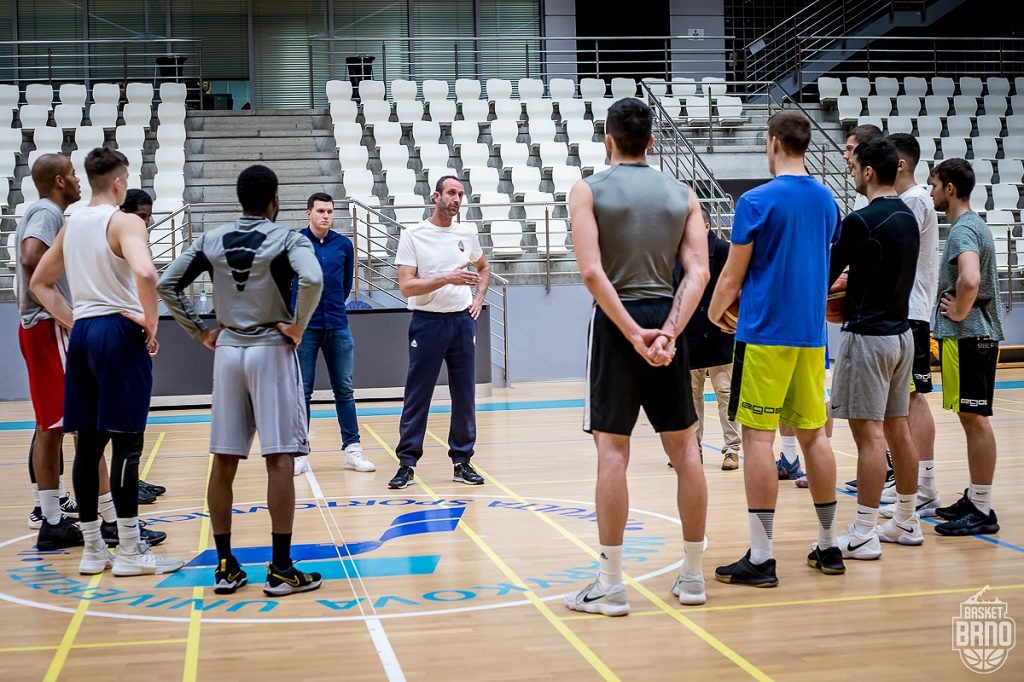 Despite the coaching limbo, the team soldiered on last week. Assistant Martin Vaněk stepped in as the provisional coach for two games: a 79-53 loss at BK Opava on Thursday and a 98-63 loss at perennial league leader ČEZ Basketball Nymburk on Saturday.

After Ústí nad Labem, egoé Basket Brno will travel to Kingspan Královští sokoli next Wednesday for a 6 p.m. tip off. Then there is a two-week pause in league play.

Jakara, who started with the team at the beginning of last season, led the team to a 17-28 record.

Though the team was resting during the recent international break, the HC Kometa front office was busy.

Two new players — goalkeeper Libor Kašík and defenseman Nicholas Schaus — will soon suit up for the team, perhaps as early as tonight (Wednesday) when the team hosts Pardubice at 6 p.m.

Kašík, 26, is mostly associated with Zlin, where he played 233 games. He is quite familiar to Kometa fans for his extraordinary performances, particularly in postseason games. Most recently he tried the big leagues, signing with Amur Khabarovsk of the Russian KHL. It did not work out, he was available and Kometa swept him up.

Schaus, 32, also comes most recently from the KHL, where he played for Metallurg Magnitogorsk (three goals and nine assists in 37 games) and Kunlun Red Star (one goal and three assists in 16 games) last season. He, too, is familiar with the Czech league because he played at HC Dynamo Pardubice (seven goals and 29 assists in 48 games) during the 2016-17 regular season. He is originally for Buffalo, N.Y.

Kometa has 28 points through 16 games. League-leader Sparta has 33 points through 18 games and there are three teams with 31 points, all with at least one more game-played than Brno.

Despite playing a man down because of a red card, FC Zbrojovka was able to take a goal lead against Třinec on Saturday morning. Unfortunately, they were unable to keep the lead and lost, 2-1.

Zbrojovka had had an eight-game unbeaten streak. This was the first loss for head coach Pavel Šustr, who took control of the team in late August.

Damián Bariš got yellow cards at 19 minutes and 30 minutes. Together, they added up to the red card that put Zbrojovka at a huge disadvantage with two-thirds of the game to play.

In the second half, veteran Pavel Eismann was able to send a pinpoint accurate pass into the center that Ondřej Sukup headed into the goal. It was at the 54th minute and, given that Zbrojovka had allowed only one goal in the previous five games, things looked good. Nevertheless, Třinec was still able to score twice and take the three points.

After seeing all of the other 15 teams in the Fortnuna:Nardoni Liga, Zbrojovka has a 6-5-4 record and 23 points. Brno is sixth, nine points off of the joint leaders SK Dynamo Č. Budějovice (10-2-3, 32 points) and FC Vysočina Jihlava (10-2-3, 32). Third-place FC Hradec Králové (9-2-4, 29) is the closest target because the top three teams will have a chance to earn their way into the top league after the regular season ends in late May.

The ZBL has reached its two-week break and, for KP Brno, it couldn’t have come at a better time.

KP Brno has lost its last three league games, plus they lost at home to Nantes, 58-84, in Eurocup play last Wednesday. In their most recent loss was on Sunday, they were again beaten by more than 20 points when they lost at Loko Trutnov, 93-70.

KP Brno, the runners up last year, have slipped to fifth place in the standings, although they have the same 5-3 record as fourth-place Sokol Hradec Králové and fifth-place BK Loko Trutnov (the order is according to points scored). Defending-champion ZVVZ USK Praha (9-0) continues its multi-season undefeated streak as the undisputed leader of the league. DSK Basketball Nymburk (7-2) is in second.

BK Žabiny Brno are 6-2 and in third place. Most recently, they beat BLK Slavia Praha, 78-62, on Saturday. Petra Záplatová led the way with 24 points; she was the top scorer in the league last week. Karolína Malečková added 17 more points.

Though most teams are off until December, Žabiny Brno will return early to travel to USK Praha on Oct. 25. Then, Žabiny will play two derbies in a row: at Teamsport Brno on Nov. 30 at 7:30 p.m. and at home against KP Brno on Dec. 8 at 4:30 p.m.

Teamstore Brno lost at Slovanka MB, 75-56, on Sunday. They are 1-7 through eight games. Their victory puts them a notch above last-place and winless U19 Chance.

A connoisseur of the unpredictable and unscripted drama of sports.
View all posts by Bruno Zalubil →
« Recruiting in the Czech Republic
Czech Republic Ranked 17th in Europe For English Proficiency »