Taneční – a Delightful Tradition which Has Withstood Time 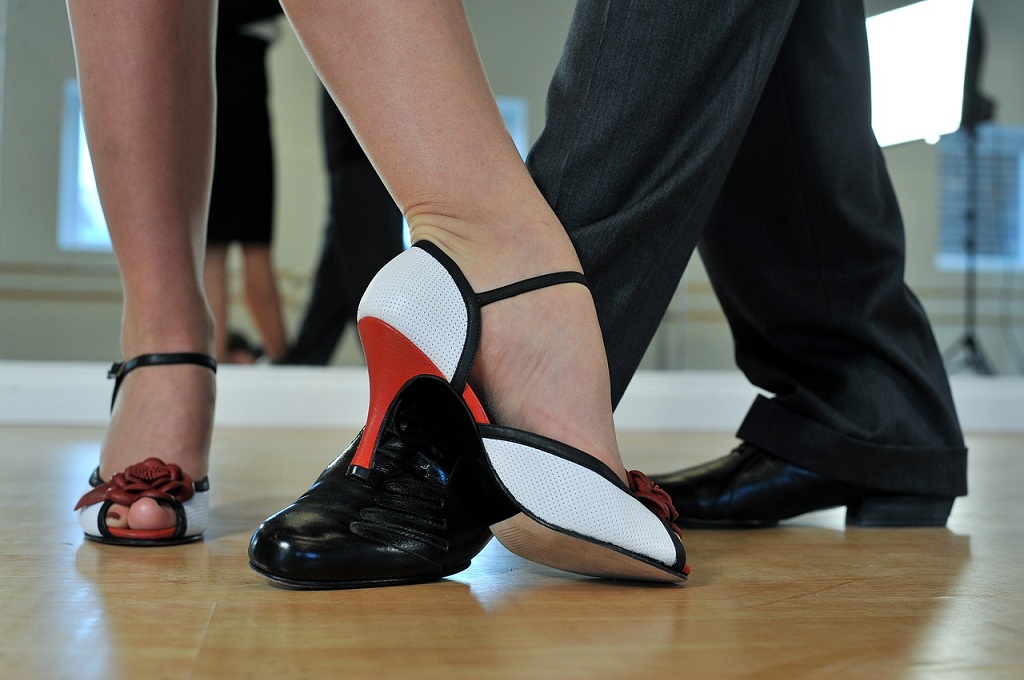 Perhaps you may have noticed Czech teens glamorously strolling through Brno in their best glad rags and formal clothes on weekday evenings, smiled, and wondered why? What are they doing? Photo credit: Pixabay.

Brno, Oct 30 (BD) – Here in the Czech Republic (as well as Poland and Austria) many 2nd year high school students, around the age of 16-17, attend a block of 10 dancing lessons in the autumn, culminating in, usually, 2 balls in November or December and the whole process is known as “taneční”.

Students wear formal clothing to the lessons and the first ball is the white ball, at which the young ladies all wear white. At the second, they can wear any colour they wish. Parents will often attend and participate in the balls too.

“[…] taneční has remained throughout the time of the First Republic, survived 2 World Wars, maintained its’ popularity during Communism and continues to be enjoyed in current times.”

The lessons are neither compulsory nor free, so I was intrigued as to why so many of the students give up their evenings to learn to waltz, cha-cha, samba and tango which, while useful skills in certain situations, are often ignored or looked down upon by modern teenagers (at least where I come from and Scottish dancing is part of PE class every Christmas with the general aim being to throw your partner against the wall first).

The standard reply from the teenagers I spoke to was along the lines that it’s traditional, an excellent opportunity to socialise and have fun. None of them directly stated that it was an opportunity to mingle with members of the opposite sex but I’m pretty sure it was implied.

Interestingly, slightly older generations highlighted the opportunity for teenagers to learn social etiquette, such as asking somebody politely to dance and how to graciously accept (or refuse); skills which could easily be transferred to daily life. Although one, now a mother herself, did recall that her own mother was rather disappointed as she spent more time drinking beer and gossiping than dancing.

History – from the Empire to Now

Taneční has a long, unbroken history in the Czech Republic, probably going back as far as 1830. It became popular when the country was part of the Austro-Hungarian Empire and it was common for young ladies to be presented to society at a debutante ball with the debutantes wearing white. This right-of-passage is reflected in the current tradition of the first ball being the white ball which usually includes the polonaise, a traditional court dance to introuduce ball participants.

“Taneční is alive and well and it appears to be a thriving business for dance schools.”

Surprisingly, taneční has survived to this day without a break. While many traditions and aspects of the Austro-Hungarian Empire were swept aside, taneční has remained throughout the time of the First Republic, survived 2 World Wars, maintained its’ popularity during Communism and continues to be enjoyed in current times.

In 1989, when many school students were on strike there was some debate as to whether taneční, and the balls in particular, should be cancelled in order to support the Revolution. Katka Josífkova who was a student at Brno Conservatoire spoke of the difficult decision and how it was made.

At that time the Conservatoire had students over the age of 18 who were actively involved in helping other schools become involved in the strike so whether or not to hold the ball was obviously an issue of concern. The conundrum was decided by the fact that many of the students came from outside Brno; they had already invited their parents and, being 1989, were unable to contact them in enough time for them to cancel their travel plans. Thus, the ball went ahead with the young ladies adding a tricolour ribbon to their white dresses to show their support for the Revolution.

Katka’s only regret about this is that her father was unable to attend the ball due to work and she, therefore, has no photos to capture her memories or share with us.

This writer has had many discussions with many different people about whether taneční (learning formal dancing) is outdated, irrelevant, useless or all the things to the contrary. I don’t even think about the (politically correct) negatives. I look at teenagers making the effort to dress smart, formally and improve their posture – even if they don’t realise it. Add in learning manners, dancing skills, social skills, having fun and even having parents involved. Then, being able to attend the numerous balls that occur in the Czech Republic and knowing that they can hold their own with any of the dancers.

Keep on dancing people and smile when you see the young people on their way to being much better dancers.

https://brnodaily.com/2018/10/30/brno-urban-guide/tanecni-a-delightful-tradition-which-has-withstood-time/https://brnodaily.com/wp-content/uploads/2018/10/dance-1024x680.jpghttps://brnodaily.com/wp-content/uploads/2018/10/dance-150x100.jpg2018-10-30T15:22:13+01:00Lily-Anne YoungArt & CultureBrno Urban GuideBrno,Brno Urban Guide,Culture,Czech Republic,History,Lifestyle and Fashion,Music,News,Things To Do in BrnoPerhaps you may have noticed Czech teens glamorously strolling through Brno in their best glad rags and formal clothes on weekday evenings, smiled, and wondered why? What are they doing? Photo credit: Pixabay.Brno, Oct 30 (BD) – Here in the Czech Republic (as well as Poland and Austria) many...Lily-Anne Young latyoung@gmail.comAuthorLily-Anne comes from Scotland originally but has somehow found herself in Brno for the last 12 years - and foresees that it will be more.Brno Daily

Lily-Anne comes from Scotland originally but has somehow found herself in Brno for the last 12 years - and foresees that it will be more.
View all posts by Lily-Anne Young →
« Weather Warning: Strong Winds in South Moravia
Second Phase of Residential Parking to Begin Tomorrow »