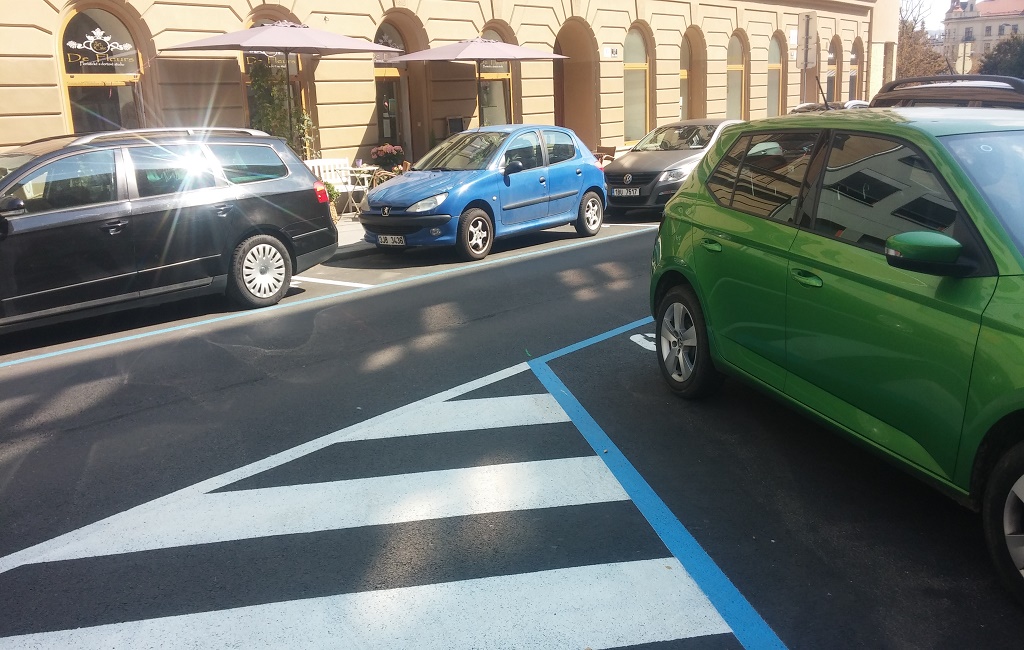 “We sometimes hear that it would change nothing if there were no checks for traffic violations in the city. So I allowed myself [to publish] one eloquent statistic,” wrote Jakub Ghanem from Brno City Police on Twitter. The latest statistics published by Ghanem show a rapid decrease in the number of unauthorized drivers entering the city. Photo Credit: @Brnodaily.

Brno, Oct 24 (BD) – The patrols started applying sanctions from October 8. Until then, police at the edge of the historical centre of Brno had been simply informing drivers about the new parking system. The chart shows that in the days before the fines were introduced, when police were addressing the issue with a “good word”, the rate of unauthorized entries was between 25 and 30%. On the first day that the fines were introduced, this figure fell to 10%, and has remained around this value since then.

The police reported earlier that the number of unauthorized drivers had remained constant at around one third. In the first days of the new residential parking system, the police patrol had to turn back six out of ten drivers. By mid-September, the situation had improved significantly, with about 30% of drivers without a permit. This figure did not improve further until the fees were introduced on Monday 8th.

A special car equipped with a camera system also drives up and down the streets of the city centre according to a random key. Its cameras and computer check and compare licence plates with the registry of cars with valid residential parking permits.

https://brnodaily.com/2018/10/24/breaking-news/new-figures-show-a-sharp-fall-in-the-number-of-unauthorized-drivers-in-the-center-of-brno-after-the-introduction-of-fines/https://brnodaily.com/wp-content/uploads/2018/10/Parking-1-1024x650.jpghttps://brnodaily.com/wp-content/uploads/2018/10/Parking-1-150x95.jpg2018-10-24T07:37:52+02:00BD StaffNews - ArchivedTransportBreaking News,Brno,News,Politics,Transport“We sometimes hear that it would change nothing if there were no checks for traffic violations in the city. So I allowed myself one eloquent statistic,” wrote Jakub Ghanem from Brno City Police on Twitter. The latest statistics published by Ghanem show a rapid decrease in the number...BD StaffBD Staff team@brnodaily.czAdministratorBrno Daily - English News and Events in Brno.Brno Daily