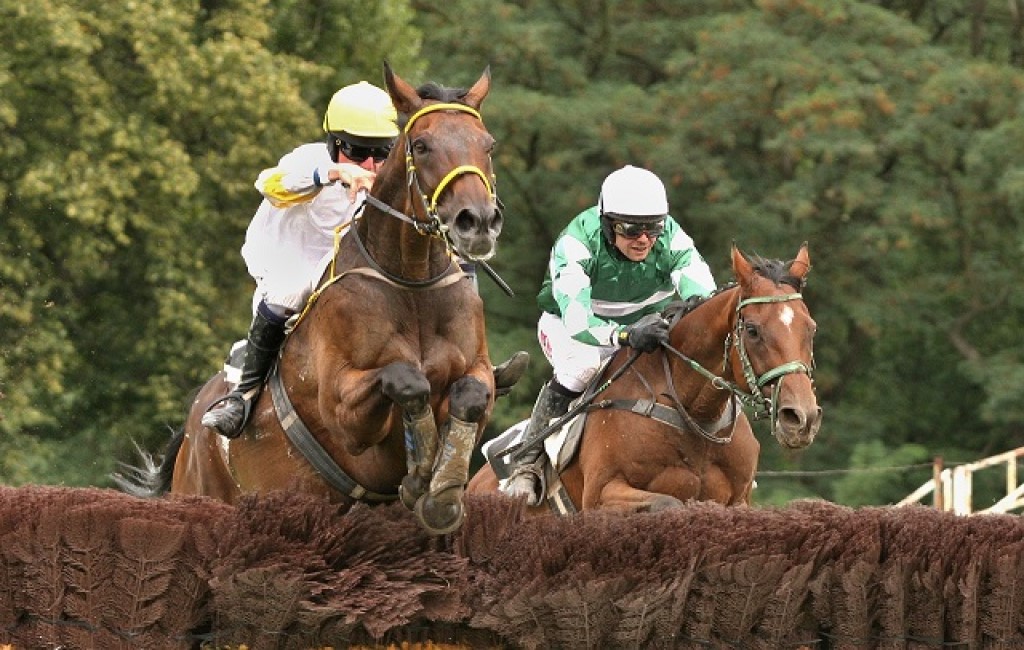 Brno Dvorska has eight races this Saturday, starting at 1:30 p.m. The 128th running of Velká Pardubická will be Oct. 14. Photo credit: Dostihovy Spolek.

Draci Travel To Ostrava for Must Win Game

Draci Brno, who had been so dominant throughout the season, shockingly dropped the first two games of the Czech Series before they rallied to win Game 3 and prolong the season another weekend.

The series best-of-five series resumes with Game 4 in Ostrava on Friday at 7 p.m. If the Draci win, the deciding Game 5 would be in Brno on Saturday at 2 p.m.

The Draci are playing in their 24th consecutive Czech Series and they have won the title 21 times.

Game 1 went to the Arrows, 5-7, on Friday. The road victory by Ostrava set the tone for the Series.

Draci starting pitcher Radim Chroust, after dominating all season, suffered his first loss. He gave up 12 hits in seven innings. For comparison, he gave up 28 hits in 48 innings and during the regular season and 25 hits in 39 innings of the playoff season. His four earned runs amounted to his worst total of the year and almost a third of his previous 13 earned runs during the season.

The big Ostrava hit was in the much-anticipated matchup: best hitter in the league Terrell Joyce versus best pitcher in the league Chroust. Joyce won with a two-run home run that went about 120 meters just right of the scoreboard in left field.

The Draci defense did not help much, committing three errors and several other misplays. Overall, Arrows pitcher-manager Boris Bokaj was effective on the mound and the Draci offense was held to just six hits.

In Game 2, which was played Saturday in Ostrava, Christopfer Burkholder of Ostrava beat John Hussey of Brno, 4-3. Both pitchers went the whole game and allowed a combined 10 hits. Only three of Hussey’s runs were earned, and he maintained his control, striking out 11 and walking just one.

Filip Moštěk hit a big double in the Draci seventh for two RBIs to cut the lead to one, but Brno could not score again.

In the must-win Game 3, Draci pitchers came out on top, 4-0. Petr Minařík gave up one hit in 6 1/3 innings and Martin Schneider allowed just one more hit as he finished out the shutout.

With the week of rest, expect the pitching rotations to be reset and the top hurlers from both teams to meet up in Ostrava on Friday and, perhaps, in Brno on Saturday afternoon. Chroust and Hussey are the logical starters for the Draci. Minařík and Schneider would then be available to help out in case there is any sign of trouble in the must-win games.

Draci Brno finished the regular season 26-1, won the Czech Baseball Cup without a loss and completed the 20-game playoff season 16-4 to qualify as the No. 1 seed for the finals.

Arrows Ostrava were 22-5 and 14-6 in the two parts of the season. They beat Eagles Praha in September to reach the Czech Series.

Previously, when the Draci and Arrows had faced each other this year, Brno had won six of the seven games.

Though KP Brno and Teamsport Brno will start the ZBL season tonight (Wednesday) with home games, Zabiny Brno got an early jump with a 54-101 victory at Ostrava on Sunday.

Petra Záplatová led the way with 19 points. New addition Marques Webb made an immediate impact in her first league game with the team, scoring 16 points and helping Zabiny to a 45-34 advantage in rebounding.

KP Brno had an outstanding season in 2018. The team won its first Czech Cup and reached the finals of the ZBL for the first time In 24 years. That was where they ran into — and lost to — the (literally) unstoppable USK Praha team. They open the season hosting U19 Chance today at Hala vodova at 5:30 p.m.

Teamsport Brno had a rough season as Technik Brno last year but they stay in the top women’s league for 2018-19. They host DSK Basketball Nymburk today at 7 p.m. The game is at Sportovní hala Moravská Slavia.

The second round of games will be this weekend and the third round midweek next week. Each of the 11 teams will play every team in the league home and way through the end of the regular season on March 2. Then the teams split into Play Off and Play Out brackets.

Egoé Brno played catch-up basketball for most of the game in Svitavy and, though they made a final offensive spurt, came up short, 73-67, in the opening game of the NBL season on Sunday.

Tonight (Wednesday) Brno travels to Olomoucko for a 6 p.m. tip off.

Besides the name and sponsor change, much of the team is different from last year’s mmcite squad. At Svitavy, the team that finished fourth in the league last year, three new American players led the way for Brno: Deremy Geiger scored 23 points, Reginald Keely had 15 points and Davell Roby added 12 points and eight rebounds.

HC Kometa Brno completed three Saturday-Sunday weekends with a 12 points. They are tied for third in the Tipsport exgtraliga standings with Liberec and Sparta, and all three teams trail Litvínov and Hradec Králové by five points (although Litvínov, Liberec and Brno all have a game in hand).

Last weekend, Kometa lost in the extra time shootout at Pardubice, 3-2, and then returned home to beat Oceláři Třinec, 2-1, just as they had four out of five times when they won the championship series last year.

This week Kometa plays at Mountfield HK at 6 p.m. on Friday and hosts Karlovy Vary on Sunday at 5 p.m.

The MUNI offense was effective throughout the game, including a 38-27 difference in shots. Filip Vomocil, Jiri Ctvrtnicek, Jan Vaverka, Matej Florek, P. Ivicic, Michal Vlasin and David Polesny all scored.

HC Masaryk University is one of two local teams in the EUHA. MU plays in Group A of the University League, with BO Ostrava, Black Dogs Budweis, Engineers Prague, Gladiators Trencin and Hokiklub Budapest.

MU plays at home next Wednesday against the VSTE Black Dogs Budweis. The game will be at Hokejová hala dětí a mládeže, near Boby Center, and start at 8 p.m.

Cavaliers Brno is the other local team. They play in Group B, along with Akademici Plzen, Diplomats Pressburg, KTH Krynica, UMB Bystricia, University Shields Olomouc and UK Praha.

The Cavaliers start their season on the road next Tuesday at the Prague Engineers.

Zbrojovka was held scoreless in two games at home last week: a 0-0 league game against
Varnsdorf on Sunday and a 0-1 loss to Liberec in a MOL Cup game on Wednesday. This week, the team travels to nearby Znojmo for a Friday night game that starts at 6. Expect a lot of fans to make the short trip.

Despite their recent scoring drought, Zbrojovka (3-4-3, ninth place with 13 points) is still among the top scoring teams in the Fortuna:Narodni Liga with 18 goals. Varnsdorf (4-4-2, sixth, 16 points) stayed three places ahead of Zbrojovka even though they have only scored five goals; the teams defense has allowed only four goals.

In the MOL Cup game, Zbrojovka was eliminated when they gave up a first-minute goal to visiting FC Liberec. Brno showed signs of life with periods when their offense was clicking well, but they failed to get the ball into the goal and lost, 0-1.

Lokomotiva Brno-Herni Herspice gets a week off before three consecutive weekends with home games: 1. FC Slovácko on Oct. 13, AC Sparta Praha on Oct. 20 and FK Dukla Praha on Oct. 27.

It is actually a second week off because their game at FC Hradec Králové, which was scheduled for last Saturday, was moved to Tuesday, Oct. 23, which will make a tough seven-day stretch of games.

A connoisseur of the unpredictable and unscripted drama of sports.
View all posts by Bruno Zalubil →
« Top 10 EVENTS in BRNO in OCTOBER with 2 HALLOween Tips (What’s Up Brno)
6/10 Relaxed Saturday: Flea Market at Zelný Trh and Playground Opening at Kraví Hora »