Which Parties Are Running in Brno’s Municipal Elections this October 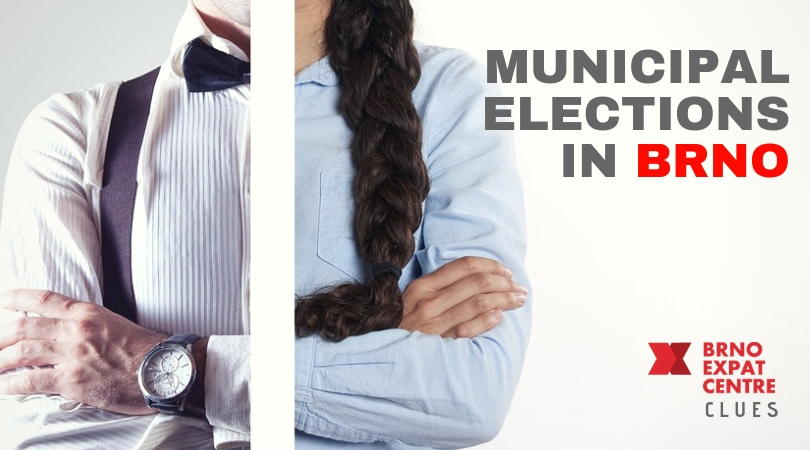 The fast-approaching elections (Oct.5-6) will decide the members of local councils in the city’s 29 districts and of Brno City Council, which has 55 members. EU nationals residing in the Czech Republic with temporary or permanent residence and registered to their local electoral roll are eligible to vote in communal elections. Title graphics: @BrnoDaily.

Brno, Sep 20 (BD) – To start with, if you are an expat and want to vote but don’t know how, check the guidelines in this article: “Municipal Elections: a Manual for Expats”. For a quick overview of the significant parties participating in the Brno City Council elections, read the following paragraphs.

“A record number of parties (in some cases groupings, rather than parties in the strict sense of the term) will be taking part – twenty-two in all.”

“The country is passing through a complicated phase in its political development.”

For most of the period from the end of Communism until the most recent elections in 2014, the dominant parties in the city were ODS and ČSSD, with smaller numbers for KDU-ČSL. However, the past ten years have witnessed a fragmentation of the political scene throughout the Czech Republic, with the big losers being the traditional parties, and Brno was no exception to this trend.

A record number of parties (or in some cases groupings rather than parties in the strict sense of the term) will be taking part – twenty-two in all – and among them are parties that have been attracting increasing support recently. Many parties are extremely unlikely to receive more than a few votes, well under the 5% required for them to qualify for representation on the City Council.

Of those parties that are generally regarded as having at least a chance of passing the 5% threshold and making it onto the City Council for the first time, three are currently represented in the national Parliament. One is Freedom and Direct Democracy – Tomio Okamura (SPD), a far-right populist party led by the individual whose name forms a part of the party’s name. The second is the Czech Pirate Party (ČPS). Difficult to place in the political spectrum, it is socially liberal with a dash of left-of-center libertarianism. The third party in this group is Mayors and Independents (STAN), a pragmatic liberal party that stresses localism and promotes greater powers for municipalities.

Two other parties not currently represented in City Hall might perhaps be regarded as having a chance of passing the 5% hurdle. One is Brno Plus, a party established by a former Deputy Mayor who left ODS following disagreements over the party’s direction, but continued to be an active voice on the local political scene through his blog. The other is Smart Moravian Metropolis, founded by a current Deputy Mayor who left TOP 09 in the wake of decisions made by the local branch of his party.

The country is passing through a complicated phase in its political development, and much seems up for grabs everywhere: the vast majority of cities in the country are probably facing a similar situation this time around.

This text was edited for use on Brno Daily. The author of the original text was Don Sparling, a Canadian who’s been living in Brno for almost fifty years now, and it was first published on the website of Brno Expat Centre. Brno Expat Centre also offers registration of foreigners to vote on September 25 at 4-6pm. More on Facebook.

Brno Expat Centre Clues is a series of practical articles dealing with various aspects of life in Brno. Written in cooperation with Brno Daily by Brno Expat Centre consultants, a new article is published every Thursday.

https://brnodaily.com/2018/09/20/brno-urban-guide/which-parties-are-running-in-brnos-municipal-elections-this-october/https://brnodaily.com/wp-content/uploads/2018/09/brno-municipal-elections-2018.jpghttps://brnodaily.com/wp-content/uploads/2018/09/brno-municipal-elections-2018-150x83.jpg2018-09-20T15:26:18+02:00BECBrno Urban GuidePoliticsBrno,News,PoliticsThe fast-approaching elections (Oct.5-6) will decide the members of local councils in the city’s 29 districts and of Brno City Council, which has 55 members. EU nationals residing in the Czech Republic with temporary or permanent residence and registered to their local electoral roll are eligible to vote in...BECBrno Expat Centre lungova@brnoexpatcentre.euAuthorThe Brno Expat Centre provides skilled foreign professionals and their families who live and work in Brno or plan to do so with free consultation and assistance.Brno Daily

The Brno Expat Centre provides skilled foreign professionals and their families who live and work in Brno or plan to do so with free consultation and assistance.
View all posts by BEC →