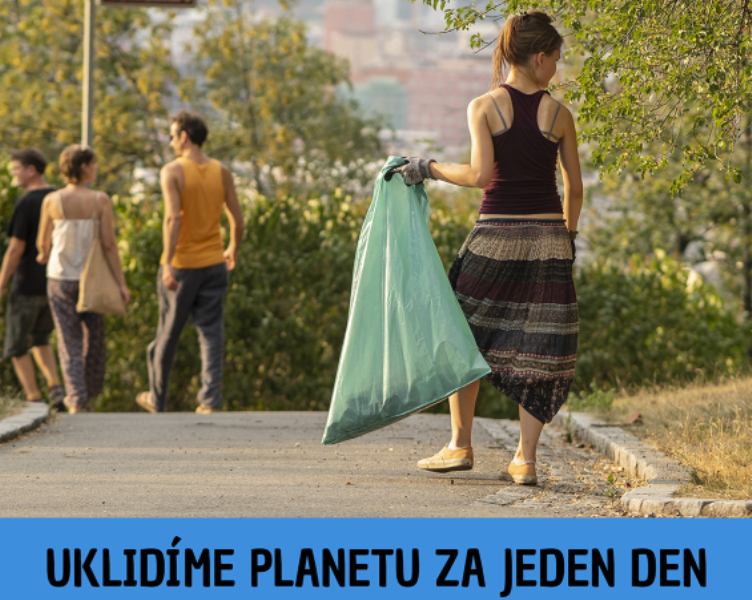 “150 countries cleaning up on the same day? No problem!” – this is the motto of a worldwide cleaning campaign. Czech organizers of the World Cleanup Day keep the ambitions of the movement high. They want to involve 5% of the country’s population in voluntary cleaning activities. Photo credit: Ukliďme Česko.

Brno, Aug 27 (BD) – On the World Cleanup Day, millions of people in 150 countries will face the challenge of the global waste problem by cleaning up roads, parks, beaches, forests, and rivers. According to many, 15 September 2018 is likely to become the world’s largest volunteer event in the history of the Earth. The Czech coordinators have ambitious goals for this day: “On 15 September, we want to involve 5% of the Czech population in cleaning urban spaces as well rural areas” they report on their official website.

The original idea for the Worldwide Cleanup day arose from a spontaneous national Estonian initiative “Let’s Do It!” in 2008. 4% of the Estonian population actively volunteered and cleaned the whole of Estonia in just five hours. Since then, the idea of a nation-wide cleaning has spread to more than 100 countries on all continents. The association called “Let’s clean up the Czech Republic” [“Ukliďme Česko”] has officially been the national coordinator for the World Cleanup Day and for other events aimed at raising environmental awareness in the Czech Republic for five years. 113,000 people participated in its spring event called “Let’s clean up the world, let’s clean up the Czech Republic”. We reported about it in this article: “Brno seeking volunteers for spring cleaning”.

The World Wide Cleanup day is co-organized with the Czech Union of Nature Conservation [“Český svaz ochránců přírody”] and the Trash Hero movement.

Volunteers can register on www.uklidmecesko.cz. “We will provide them with the same service that we provide for our volunteers who participate in our year-round cleaning activities. Mainly we will provide information but we will also distribute cleaning bags and gloves for those who do not bring their own,” said Kateřina Landová from Let’s clean up the Czech Republic n the official press release. People can find the interactive map of places where the cleanup will take place on the official website of the event.

https://brnodaily.com/2018/08/27/breaking-news/the-world-cleanup-day-czech-national-coordinator-wants-to-see-5-of-population-cleaning-the-country/https://brnodaily.com/wp-content/uploads/2018/08/7dvveKdnE5Jzb8MAdHtIqqgw84e4Z0a7.pnghttps://brnodaily.com/wp-content/uploads/2018/08/7dvveKdnE5Jzb8MAdHtIqqgw84e4Z0a7-150x120.png2018-08-27T08:00:51+02:00BD StaffNews - ArchivedCzech Republic,Ecology,News“150 countries cleaning up on the same day? No problem!” - this is the motto of a worldwide cleaning campaign. Czech organizers of the World Cleanup Day keep the ambitions of the movement high. They want to involve 5% of the country’s population in voluntary cleaning activities. Photo credit:...BD StaffBD Staff team@brnodaily.czAdministratorBrno Daily - English News and Events in Brno.Brno Daily