The “Lambs and Wolves” suite, performed by a 22-member ensemble, has earned a label “Moravian world music” on the concert stage. This unique music performance will be accompanied by a film screening. Photo credit: Beránci a vlci.

Brno, Aug 23 (BD) – In the Eastern Moravia, Western and Eastern cultural expressions have been influencing each other for centuries. This musical performance combines folk songs and the author’s compositions based on the traditional music of the region. The author of the musical suite and film script “Lambs and Wolves” [“Beránci a vlci”] is Marian Friedl. Ivo Bystřičan stood behind the camera and directed the film.

Both music and film genres connect and intermingle during the performance: music genres (folk, jazz, world music, pop) and film genres (documentary, musical film, “mockument”, experimental film). “Lambs and Wolves” blurs “the boundaries between now and then, between life and death, lambs and wolves, happy and sad, between positive and negative,” Marian Friedl explains.

The new jazz and folklore album “Lambs and Wolves” [“Beránci a vlci”] was awarded the Czech musical award Anděl 2017 in the folk category.

The tickets can be bought on GoOut ticket website (from CZK 350) or you can join our competition on Facebook and win two tickets for free!

You can also support the project and get interesting gifts in return by joining the official online crowdfunding campaign. 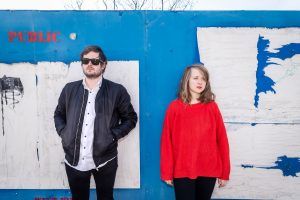